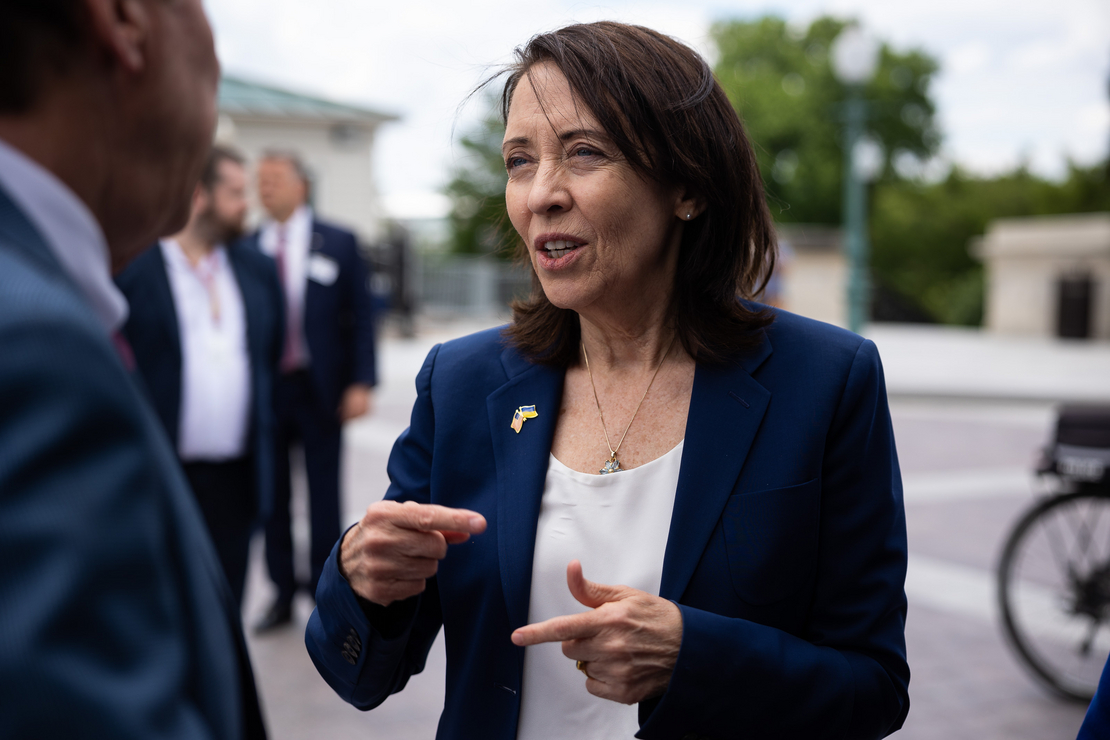 An innovation package aimed at competing with China and currently being negotiated in Congress is unlikely to include some climate-related measures in the final agreement, those involved in the talks say.

A conference committee has been ironing out differences between House- and Senate-passed bills, both of which would provide billions in Department of Energy funding, with a goal of producing a finished product in the coming weeks. An ambitious timeline for reaching agreement, however, is likely to slip.

Sen. Maria Cantwell (D-Wash.), chair of the Commerce, Science and Transportation Committee and one of the lead negotiators, said last week that a major climate provision in the House-passed bill, $8 billion in funding for the United Nations Green Climate Fund, would be a hard sell in a final product.

“I think the Senate has made that clear,” she said. “That’s a very challenged issue — that the Senate didn’t have that position.”

She added, “It’s very challenged, to keep something like that.”

Republicans have repeatedly warned that they will not support many of the provisions in the House-passed bill.

“This is not a climate bill,” said Sen. Todd Young (R-Ind.), another top negotiator, adding: “It was pretty obvious to me that wouldn’t survive a conference.”

The Green Climate Fund is a U.N.-backed resilience program meant to help developing nations adapt to the effects of climate change.

The House bill also includes $3 billion for a new Department of Energy grant program to help jump-start a domestic solar manufacturing base. Republicans have described that provision as a “Solyndra-like slush fund.”

Young and other Republicans have pointed to the fact that the Senate bill passed last year with 18 Republican votes. The House version got only one GOP vote.

Democrats had been targeting June 21 to have the conference report filed, but some lawmakers say that ambitious schedule will likely slip.

Cantwell said her hope was to have differences in the bill ironed out “in the next few weeks.”

“I think, like all things, people try to posture, and we need to get beyond that,” she said, adding, “Urgency really does matter here.”

House Majority Leader Steny Hoyer (D-Md.) said last week he has assurances from Senate Minority Leader Mitch McConnell (R-Ky.) that he wants to get the competitiveness bill signed into law, but the House Democrat offered no deadline.

“It’s not moving as quickly as I’d like, it’s complicated,” said Hoyer, noting there are more than 100 conferees involved in the negotiations.

House Democratic leaders had initially hoped to pass the bill by the July 4 recess, but more recently lawmakers have said the earliest a deal would come is before the August recess. One GOP aide, who was granted anonymity to speak candidly, did not rule out final action being delayed until a postelection lame duck session.

Young and others have repeatedly spoken about the effort as important to national security — especially when it comes to ramping up semiconductor manufacturing in the U.S. to compete with China.

“I think increasingly, members are starting to understand that this is not a normal issue, that it has pretty grave national security implications,” the Republican said.

Indeed, on Thursday the conference committee held a closed-door briefing on semiconductor manufacturing and national security issues, according to those involved. A previous briefing focused on research and development security.

Cantwell, who led the most recent closed-door briefing, said that lawmakers were asking her afterward to hold a third session.

The letter was first reported by Punchbowl News.

The companies are looking to change language in the 2017 tax cut law that forces companies to delay writing off R&D expenses. They argue that without the change, R&D would be disincentivized.