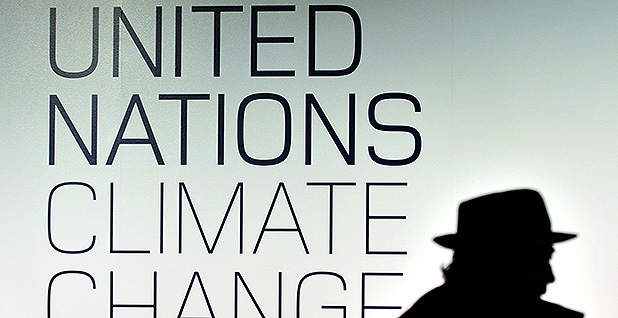 A delegate arriving at a U.N. climate conference. Neil Palmer/CIAT/Flickr

The United Nations has officially postponed the next global climate summit until November 2021 because of the coronavirus pandemic.

The meeting, which typically attracts upward of 25,000 people a year, was originally set for this November in Glasgow, Scotland.

It was postponed earlier this year over concerns about the spread of the new coronavirus. U.N. leaders, the U.K. hosts and the Italian hosts of a pre-summit meeting confirmed it will be held 18 months from now to avoid repeated postponements if the pandemic continues into this autumn and winter.

Alok Sharma, the U.K.’s incoming president for the meeting known as the 26th Conference of the Parties to the U.N. Framework Convention on Climate Change, or COP 26, noted on Twitter that the change will "allow the U.K. and Italy to harness" their leadership of the Group of Seven and Group of 20 to focus on climate change.

While green groups approved the move, they worried it might relieve pressure on countries to update and expand their commitments to the Paris Agreement. The 2015 deal asked countries to consider tightening their emissions commitments this year, and although that timeline remains in effect, advocates expressed concern the meeting delay might let countries off the hook.

"Shifting the date of COP 26 is understandable, but there can be no letup in tackling the climate crisis," said Andrew Steer, president of the World Resources Institute. "Just as we have witnessed extraordinary determination and courage in the face of the COVID-19 pandemic, we need a similar commitment to avoid a climate catastrophe."

"It’s now vital that countries make use of this extra time and ensure their economic recovery plans are climate smart and do not prop up fossil fuel companies," said Mohamed Adow, director of Power Shift Africa. "It would be shameful if rich countries recharge their economies on the backs of the climate vulnerable."