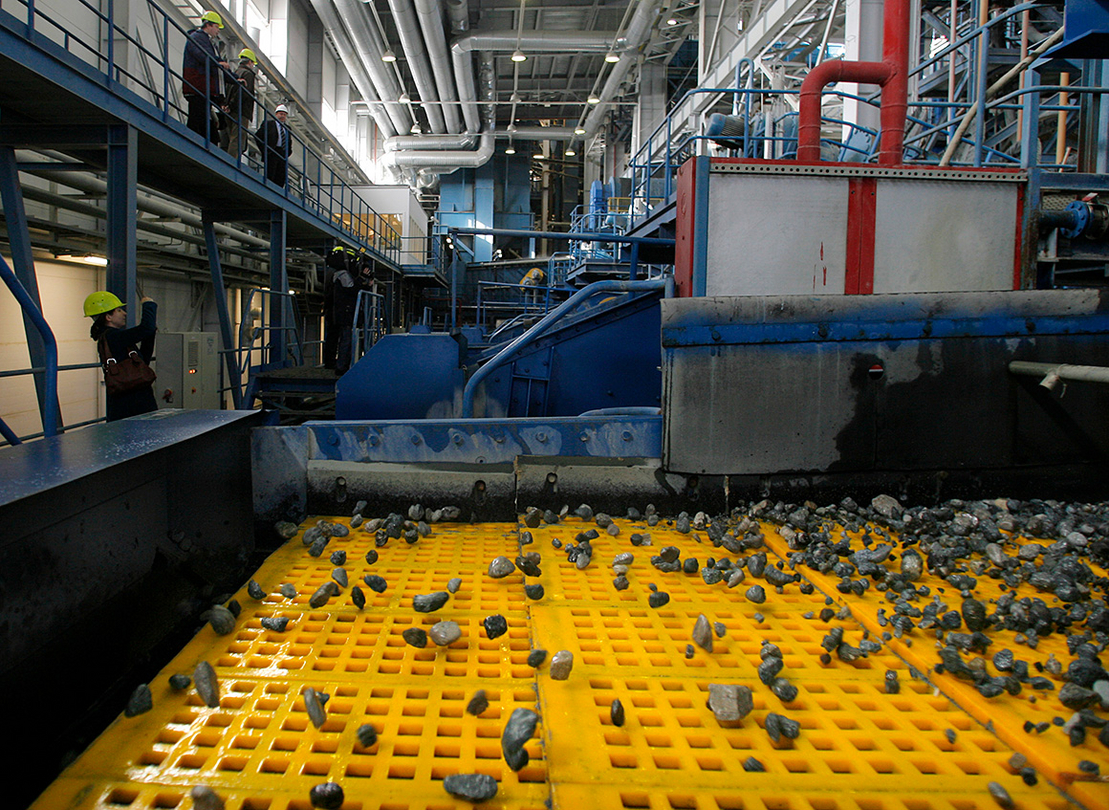 Kimberlite rocks being broken into smaller pieces at a diamond processing plant at the Nyurba diamond complex in the Siberian province of Yakutia in 2006. Mikhail Metzel/AP Photo

The U.S. government has taken additional actions to clamp down on Russian diamond imports in an attempt to stop the gems from evading sanctions related to the war in Ukraine.

Last week, the Treasury Department further cracked down on Russian diamond imports by adding Alrosa to its list of sanctioned “specially designated nationals,” meaning any of its assets in the U.S. could be blocked and seized by the government.

This action may have a far greater impact than the initial sanctions put in place after war broke out in Ukraine because it will “affect multinationals” with offices in the U.S., “of which there are many in the diamond trade,” said Hans Merket, a diamond industry researcher with human rights nonprofit IPIS.

“I think compared to the previous ‘feel-good’ sanctions, they will have much more impact,” Merket said in a text message.

These new sanctions are leading to repercussions for Alrosa’s participation in industry trade groups. On Monday, the World Diamond Council ejected Alrosa from its membership, citing the U.S. action. The WDC is the diamond industry’s representative on the Kimberley Process, a global initiative created to address the sale of conflict diamonds.

Following E&E News’ and other news outlets’ reporting on those sanctions, a bipartisan group of lawmakers led by Rep. Gerry Connolly (D-Va.) wrote the Treasury and State departments to say they were concerned the measures “will have a minimal impact on Alrosa and Sergei Ivanov’s ability to freely operate on the world market.”

“Although an important initial step, along with the designation of Alrosa’s CEO, these have yet to impede trade and revenues that eventually reach the Kremlin,” the lawmakers wrote.

The lawmakers asked Treasury to “reconsider” whether any diamonds of Russian origin that are cut and polished in other countries can enter the U.S., as almost all diamonds are processed in India. They also asked that both State and Treasury “provide guidance” to Customs and Border Protection and the Homeland Security Department “to ensure we prohibit the importation of Russian diamonds into the United States.”

Alrosa did not respond to a request for comment.