U.S. agriculture braces for fallout from crisis in Ukraine 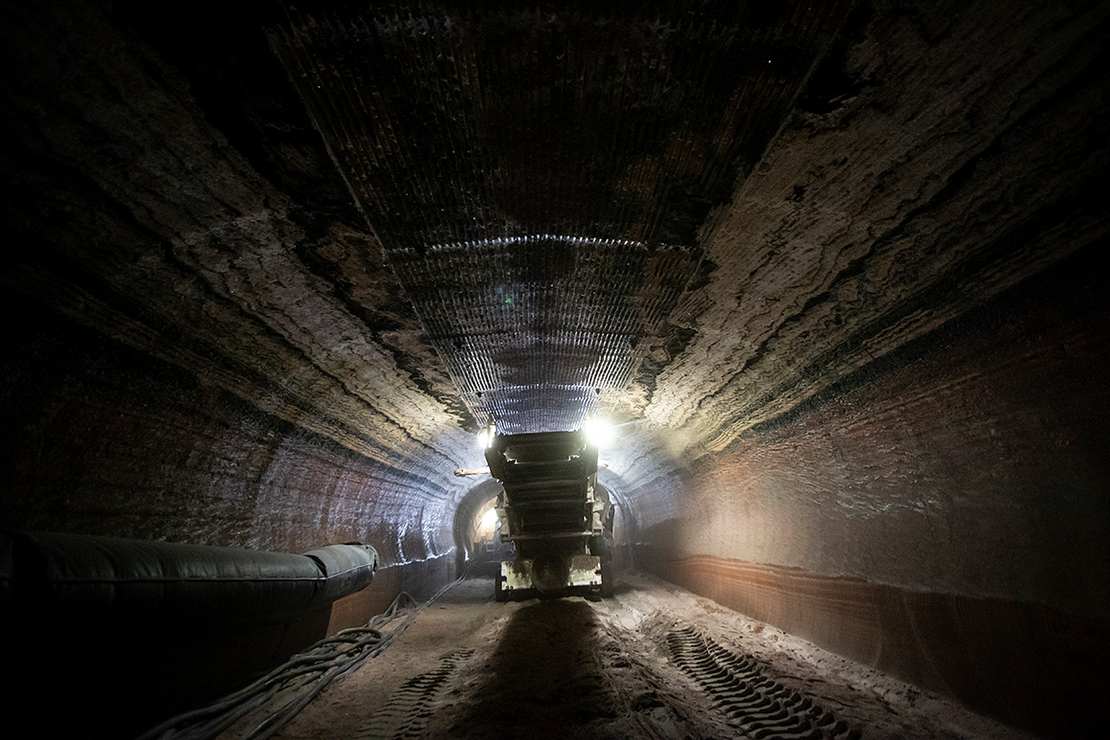 A 2018 view of a mine at the Usolskiy Potash Complex of the EuroChem Group in the Perm region of Russia. Production of potash, found deep underground and used as a fertilizer, has boomed in Russia in recent years. Alexander Zemlianichenko Jr./AP Photo

From fertilizer to food prices, American agriculture is about to feel the effects of the crisis in Europe.

The conflict in Ukraine threatens to upend agricultural trade in the region, possibly putting new demands on the U.S. to produce crops like wheat for allies in Europe. While U.S. farmers might see additional markets there, rising costs for commodities could affect everyone from farmers who buy grain for feed to U.S. consumers who could end up paying more in the supermarket.

Vilsack said at an Agriculture Department conference yesterday that it’s too early to speculate on the effect of sanctions but that he hopes no companies take the crisis “as an excuse to do something not necessarily supported by supply and demand.”

Russia is a heavyweight in the world’s fertilizer supply. Natural gas, a top commodity for the country, is a main ingredient for ammonia, which in turn is a building block for fertilizer, said Jason Troendle, director of market intelligence and research for the Fertilizer Institute, a U.S. trade group.

The U.S. and Germany have already put a halt to the Nord Stream 2 natural gas pipeline that was to supply greater Russian exports.

If future sanctions hit Russian gas, that would affect prices, and the European Union would need to turn to other sources, Troendle said. And while the U.S. produces most of its own natural gas, price swings have a big effect on the energy-intensive fertilizer industry, he added.

Russia also accounts for 21 percent of global exports of potash, a basic component of fertilizer, Troendle said. Belarus, which is allied with Russia and provided a route for Russian troops to enter Ukraine this week, accounts for an additional 21 percent.

Agricultural commodities pose another challenge. Russia exports wheat and barley as well as sunflower oil. The Middle East is a big grain customer, as are Turkey and China. The Chinese yesterday lifted restrictions on purchases of wheat from Russia, making good on a promise from before the crisis.

The fighting could affect farms in Ukraine, a big grain production area, if farmers are forced from their land. And while U.S. wheat growers might ultimately be able to sell more to allies who need the help, farmers here are more likely to be hurt in the short term by volatile prices and increased fuel costs tied to the conflict, said Chandler Goule, CEO of the National Association of Wheat Growers.

“This is definitely going to have an effect on world supplies,” Goule said.

Russia is a major source, or potential source, of forest products. Forest covers nearly half of the country’s land area, giving it the largest forest resource in the world, as well as a big role in addressing global deforestation, according to Forest2Market, a pricing data and consulting firm. Russian President Vladimir Putin has moved to ban the country’s exports of softwood and some hardwood logs in order to build a bigger domestic industry to process saw logs and, the country has said, to reduce illegal logging.

Russia has been trying to build a more modern farm equipment industry as well but remains dependent on imports, according to the U.S. International Trade Administration. So far, neither sanctions nor counter-sanctions imposed over the past several years apply to such equipment, the ITA said.

U.S. agricultural imports from Russia have been modest, mainly consisting of items such as snack foods and tree nuts, according to the Office of the U.S. Trade Representative.

Sanctions directly tied to food aren’t unprecedented with Russia. In 2014, Putin banned imports of beef, pork, poultry and other agricultural goods from the U.S., Canada, the E.U., Norway and Australia in response to sanctions imposed after Russia’s takeover of the Crimea region of Ukraine.

The U.S. has its own history, too, the most notable being the grain embargo imposed on the Soviet Union after its invasion of Afghanistan in 1979. In those days, the Soviet Union relied on imports, but many historians see the embargo as a failure that helped the region break its reliance on the imports — and provided a lesson on the downsides of using food as a weapon.

“There’s always a push not to include food in sanctions,” said Sophia Murphy, executive director of the Institute for Agriculture and Trade Policy, a think tank based in Minneapolis. She said she doubts food commodities will play much direct role in sanctions, given their low value compared with Russian minerals and oil. Rising prices and supply disruptions, she said, are likely to worsen food scarcity.