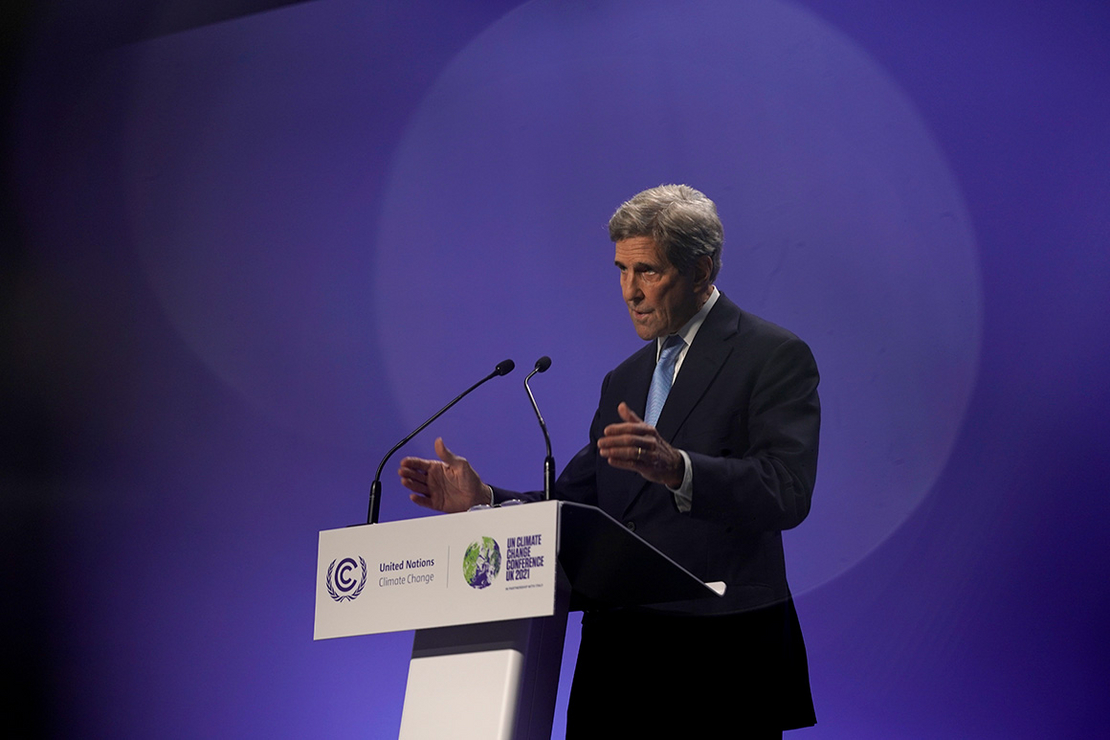 GLASGOW, Scotland — China and the United States surprised the world today with a joint deal on climate change, this time focused on steps the world’s two top emitters can take together this decade to avoid a tipping point on global warming.

The deal supports the overarching goal of the 2015 Paris Agreement, which, the U.S.-China agreement reiterates, was to keep average global temperatures to well below 2 degrees Celsius and pursue efforts to limit warming to 1.5 C.

“The two sides recall their intention to continue discussing, both on the road to COP 26 and beyond, concrete actions in the 2020s to reduce emissions aimed at keeping the Paris Agreement-aligned temperature limit within reach,” reads the joint statement.

Scientists say a 45 percent cut in global emissions is required by the end of this decade to keep the 1.5 C aspirational Paris target within reach. That’s a limit scientists say will help avoid the worst climate impacts. Most analyses put the world’s current emissions trajectory at around 2.7 C, with the newest round of climate commitments — if they are implemented — cutting that to a potentially dangerous 2.4 C.

This is the second time the U.S. and China launched a surprise agreement on climate change with far-reaching implications for the rest of the world. The first was in 2014, when the duo rolled out their commitments to the Paris deal together — a move that helped make the 2015 Paris Agreement possible by demolishing the traditional boundaries between what had been expected of developed and developing countries in the U.N. climate process.

Historically rich countries alone had previously been required to accept binding emissions reduction obligations, while poor countries took voluntary actions with financial assistance from the developed world. It was a system China insisted on preserving but that the U.S. rejected in the Kyoto Protocol and afterward in a failed effort to reach a new agreement in Copenhagen, Denmark.

Then in 2014, China announced plans to peak its greenhouse gas output by 2030 — an acceptance of absolute emissions curbs by the world’s largest developing nation that signaled an end to strict bifurcation.

Like the Obama-era deal, today’s was brokered by U.S. presidential envoy John Kerry — who was President Obama’s second secretary of State — and Beijing’s climate envoy Xie Zhenhua. It was again the product of months of meetings and negotiations between the two capitals.

Xie said the two countries had worked for 10 months, including conversations between Presidents Biden and Xi Jinping and some 30 virtual and in-person staff meetings.

The deal is remarkable, too, because the relationship between the U.S. and China has deteriorated over the last half-decade, with increased hostility over differences on trade, human rights and global competition.

Even the once-collaborative relationship between Washington and Beijing on climate change has seemed to fray, especially during this month’s conference.

Biden, Obama and other U.S. delegates to Glasgow have blasted China for its failure to move forward its 2030 peaking date, despite technological innovations and market forces that have made the transition to cleaner energy far easier and cheaper than when the commitment was first made.

And the Chinese have frequently alluded to the brief U.S. withdrawal from Paris under former President Trump and questioned whether the Biden administration can make good on its new 2030 commitment to halve carbon compared with 2005 as it struggles to pass its legislative agenda.

But in back-to-back press conferences in the same briefing room this afternoon, Xie and Kerry called the climate collaboration a bright spot in U.S.-Chinese relations that must be maintained.

“The release of this joint declaration shows again that cooperation is the only choice both China and the United States,” said Xie.

Kerry acknowledged differences that persist between the U.S. and China, including on human rights. But he said those differences couldn’t make cooperation on climate change impossible.

“Our presidents made it clear when they talked way back last February, I believe that, that even while we have these differences, it was very important for us to focus on global crises,” he said. He compared U.S.-China collaboration to nuclear disarmament talks between the U.S. and Soviet Union in the 1980s.