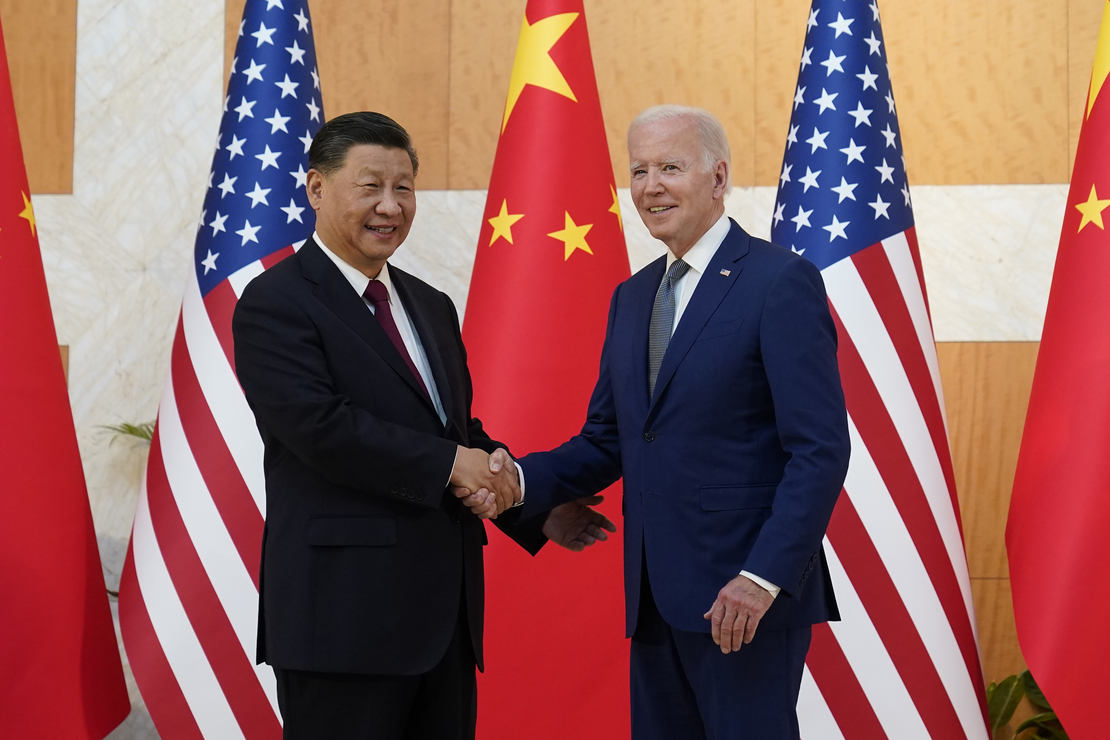 President Joe Biden shakes hands with Chinese President Xi Jinping before their meeting on the sidelines of the Group of 20 summit meeting on Monday in Bali, Indonesia. Alex Brandon/AP

During a meeting in Bali, Indonesia, on Monday — the two leaders’ first in-person discussion since Biden took office — Biden and Xi agreed to kick-start talks on climate change and other issues after discussions were paused in August. China halted negotiations on climate, military coordination and other topics in response to House Speaker Nancy Pelosi’s visit to Taiwan (Climatewire, Aug. 8).

After Biden “underscored that the United States and China must work together to address transnational challenges,” such as climate change, Biden and Xi “agreed to empower key senior officials to maintain communication and deepen constructive efforts on these and other issues,” the White House said in a readout of the meeting.

The “world expects, I believe, China and the United States to play key roles in addressing global challenges, from climate changes, to food insecurity,” Biden said at an event with Xi on Monday ahead of their bilateral meeting.

“The United States stands ready to do just that — work with you — if that’s what you desire,” Biden told the Chinese leader.

Environmentalists hailed the revival of talks with China.

“The window to hold global temperature rise to 1.5 degrees — and avoid the worst damage from climate change — is closing fast. We urge the world’s two major economies to act with speed and conviction to meet the challenge of the moment,” Manish Bapna, president and CEO of the Natural Resources Defense Council, said in a statement.

Climate change has been a central theme of Biden’s international trip involving stops at international climate negotiations in Egypt, talks with Southeast Asian leaders in Cambodia and a Group of 20 summit in Indonesia.

“We’re going to keep working with our partners to support the most vulnerable countries in building resilience to climate impacts and to align global ambition with the 1.5-degree Celsius goal while supercharging our clean energy transition,” Biden said Monday.