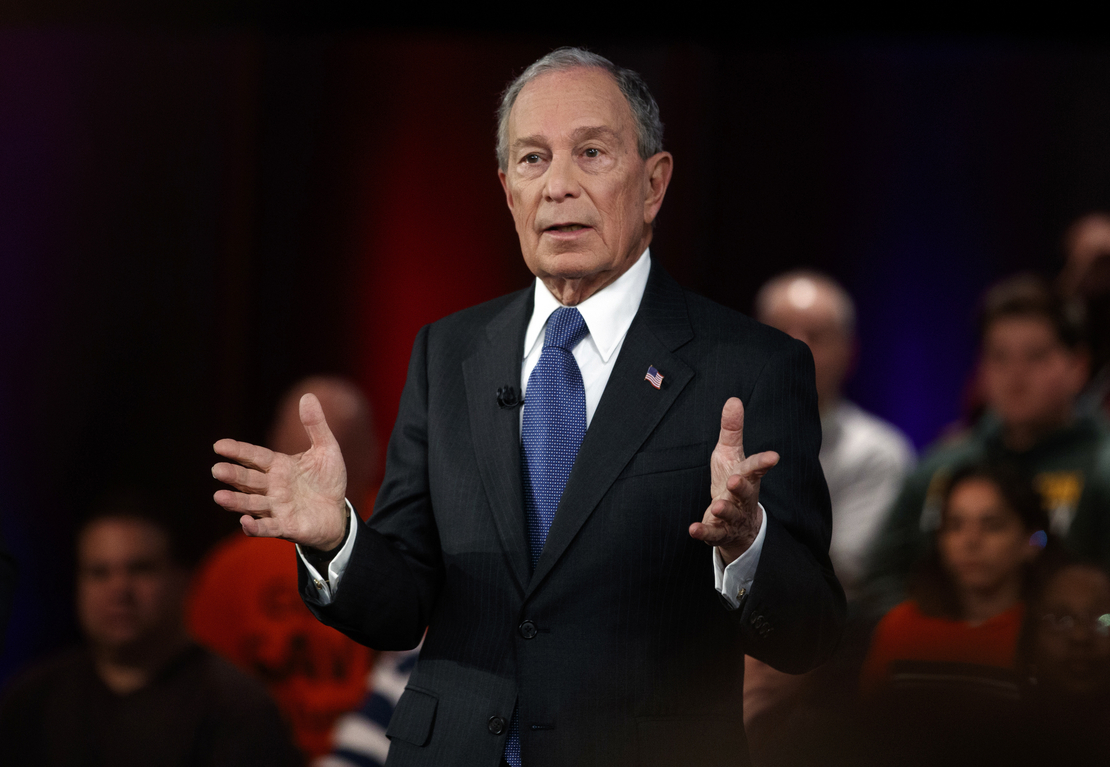 The U.S. can still meet its 2030 climate targets if Republicans are victorious on Election Day.

That’s the message behind a new report by America is All In, a coalition of businesses and local leaders working to address rising temperatures.

The analysis shows that expanded state, local and private sector climate actions combined with federal regulations and recently passed legislation would be enough to reach President Joe Biden’s pledge to cut greenhouse gas emissions in half by 2030.

“We know we can’t count on another major bill passing Congress,” said former New York City Mayor Michael Bloomberg, one of the group’s leaders, on a call with reporters Monday. “We can work towards that. And hopefully, it won’t take another two decades for Congress to act. But we can’t wait.”

The report was released as Americans cast their votes in midterm elections that are expected to put Republicans in control of the House, a shift in power that promises to complicate the administration’s efforts to pursue its climate programs. It also comes as a United Nations global climate conference in Egypt is underway.

The report aims to offer hope that U.S. climate leadership can withstand a Republican takeover of one or both chambers of Congress.

The Inflation Reduction Act that was passed by congressional Democrats this summer would drive the bulk of pre-2030 emissions reductions, according to the report’s 17 authors. It estimates that the climate law will slash U.S. emissions between 37 percent and 42 percent, with a central estimate of 39 percent.

Forthcoming regulations for transportation, electricity, oil and gas and other carbon sources would push emissions reductions farther toward Biden’s goal of a 50-52 percent cut by 2030. Actions by states, cities and businesses could then close the gap toward his pledge.

Many of the report’s assumptions about the U.S. decarbonization trajectory are aspirational. For example, a combination of climate law incentives, regulatory compliance costs, state policies and market forces spurs its authors to “assume all existing coal plants retire by 2030.”

While the report seeks to give assurance to the international community that the U.S. target remains within reach, the Biden administration has yet to submit its U.S. National Climate Strategy to the U.N. climate body. The formal report, which was alluded to in multiple submissions to the U.N. Framework Convention on Climate Change last year, would provide a road map for how the U.S. will meet the 50-52 percent commitment.

Asked whether the U.S. would unveil a formal plan, former White House climate adviser Gina McCarthy said, “It’s not as simple as one might think.”

“I know that folks have been collaborating with both the domestic climate office as well as with Secretary Kerry’s team over at State Department,” McCarthy said on the call organized by America Is All In. “I just don’t have information right now about what the timing of that might be.”

She said the strategy would likely incorporate projections from the Inflation Reduction Act, an infrastructure law and a bill to promote U.S. manufacture of semiconductors.

McCarthy, who served as a White House lead during the effort to pass the climate law, expressed “skepticism” that it could be repealed by a Republican-led Congress. And she argued that the climate law’s incentives and investments would prove popular in red and blue districts alike.

“I don’t think that folks on either side of the party have been missing the opportunity to do ribbon cutting at events and announcements that are being made from the expenditures in the bipartisan infrastructure law,” she said. “And I think you’re going to see the same thing” for the climate law.