U.S. delays global plan to deliver $100B in climate finance 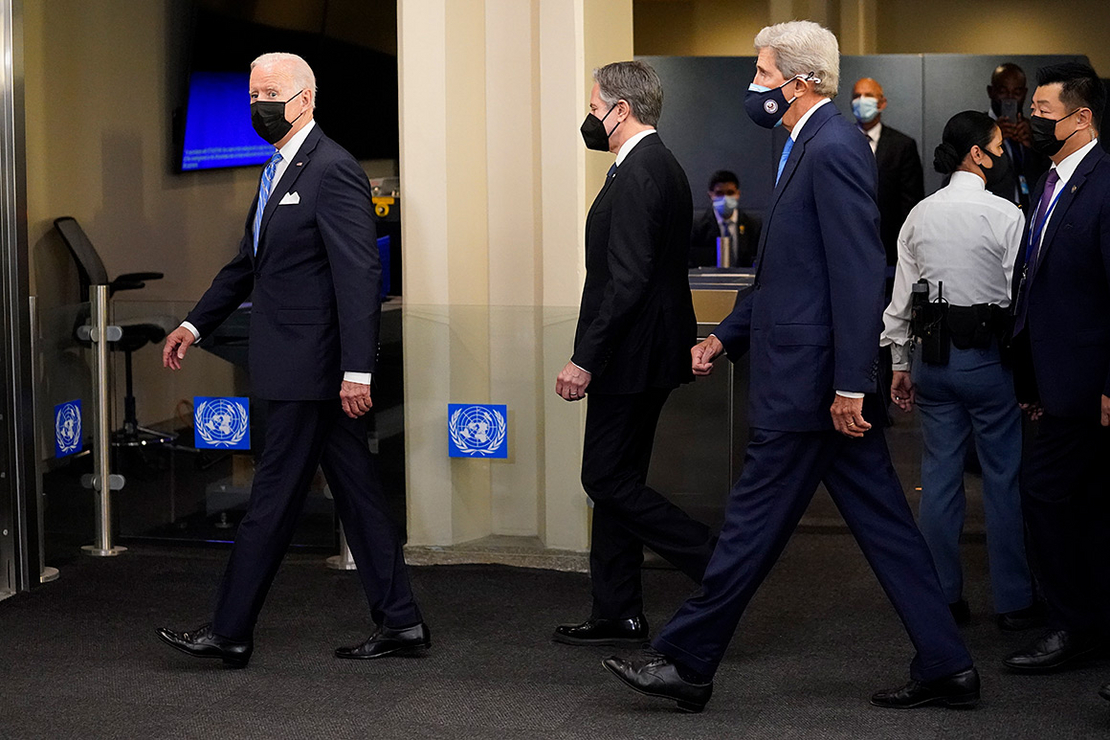 The United States is holding up a process for determining how the world’s richest nations will deliver billions of dollars to poorer countries for combating global warming, according to sources close to the discussions.

One major sticking point is whether the U.S. and other nations would have to make up shortfalls if they fail to provide $100 billion a year to developing countries. The U.S. has raised concerns about a proposal by other rich nations to commit to $500 billion over the next five years.

Funding for climate projects in vulnerable countries will be a key issue in global climate talks next month. The U.S. and other rich nations promised in 2009 to give developing countries $100 billion a year starting in 2020, but that hasn’t happened.

They fell $20 billion short in 2019, according to a report from the Organization for Economic Co-operation and Development. It’s not clear how much funding was provided last year, but the goal was likely missed if trends that show climate finance decelerating hold up. The shortfall compounds each year the goal isn’t met.

“Then the question becomes, ‘OK, they might reach the $100 billion in 2025, that’s five years late. What do you do about those years where you’ve fallen short?” said Joe Thwaites, a finance expert at the World Resources Institute. “That’s a real sticking point.”

Canada and Germany have been working since July on a plan for how developed countries can collectively come up with the money.

But the plan has been delayed as countries negotiate what it should include and how much they should be on the hook for.

“There’s a process we have to go through, not only with Germany, but with the U.K. (which is hosting COP 26) and others,” Canada’s environment minister Jonathan Wilkinson told local media last week.

If the plan isn’t strong enough, it could hurt the credibility of international efforts to address climate change, advocates say.

The funding plan being negotiated is meant to outline how each country will contribute annually and what form that finance will take. But if the nations fail to collectively reach $100 billion, the U.S. and some other countries have expressed concern about their ability to meet an even higher target to make up what’s missing, sources say.

Another sticking point is around efforts to raise the amount of funding for adaptation, which makes up a far smaller chunk of climate finance than mitigation.

The State Department declined to comment. A spokesperson for Wilkinson, the Canadian minister, said the plan will be released before COP 26.

The plan is also expected to detail how poor countries will access the funds and what share of the money will be grants or loans.

Yesterday a group of nearly 50 least-developed countries published a paper outlining their priorities for Glasgow.

“Wealthy nations must embark on a big push to deliver this long-promised funding with a credible delivery plan to reboot trust,” it says. New finance targets “should be based on realistic assessments of developing countries’ needs” and address the loss and damage from climate change in poorer countries.

“Even though this is not a legally binding commitment, it was a political commitment, and it would be good if the report would indicate that donor countries were going to make their best efforts to meet that collective goal,” said Alden Meyer, a senior associate at E3G.

The U.S. has offered signals in recent weeks. Last month, President Biden announced that the U.S. would quadruple climate finance to roughly $11.4 billion annually by 2024. The Senate has also raised the amount it’s putting toward climate finance in its latest appropriations bill for fiscal 2022.

But all of that pales in importance to the $100 billion pledge, in large part because negotiations will begin in Glasgow for a new round of post-2025 finance targets. Developed countries will be looking to expand the pool of nations that can contribute to the total, but that could be harder to do if they haven’t delivered on their current commitment.

“The best thing the developed countries could do is come into COP with a very clear, robust and good-faith plan for how they’re going to meet the goal as soon as possible and address the shortfall,” said Thwaites of WRI.

“If they don’t — if they waltz in expecting to just be able to pivot into a new round of negotiations and making demands on other countries — I just don’t see how that’s going to go well for them," he added.

Countries with major economies are facing heat for not contributing their "fair share" based on the size of their gross national income.

The United Kingdom recently slashed its overseas aid budget and is mulling further cuts, stirring concerns that it is shifting money from one basket to another without adding more to the pot.

Eddy Perez, who works on international climate diplomacy at Climate Action Network Canada, said a credible plan would acknowledge any shortfalls in the $100 billion pledge.

“The first test for cooperation for these developed countries is the delivery plan, and if they fail to deliver they are going to send a very troubling message to the international community about their ability to close the finance gap,” he said.