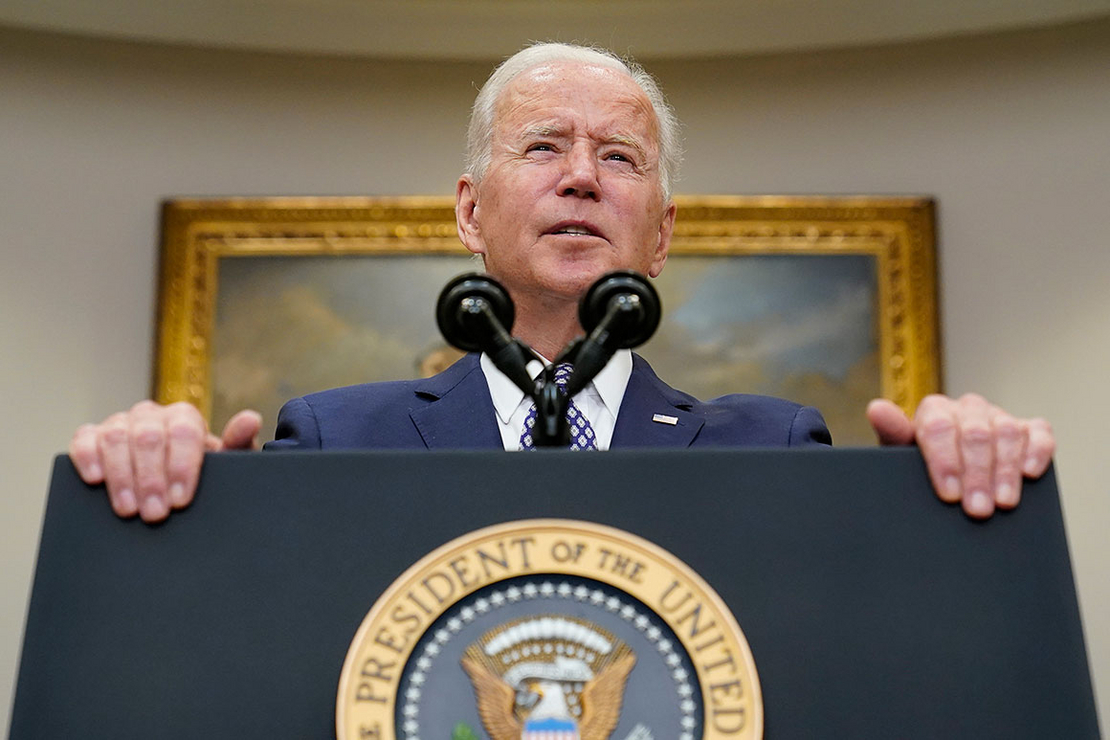 The ability of the United States to meet its international climate promises hinge on the $3.5 trillion budget reconciliation bill being crafted by congressional Democrats.

President Biden pledged to world leaders in April that the U.S. would cut carbon pollution in half by 2030, when compared to 2005 levels. But his pathway to meet that goal has not yet been set. The bill’s fate could be determined just weeks before negotiators at the international climate talks in Scotland try to convince the world that the U.S. will stand by its word.

The U.S. has something to prove to the world after the Trump administration’s total withdrawal from international climate agreements, said Jamal Raad, executive director of Evergreen Action. Ambitious U.S. goals will encourage other countries to elevate their own decarbonization goals, he said.

“If we want to tell folks that America is back and ready to regain international leadership on climate, we need to pass the reconciliation bill,” he said. “We need proof because history is littered with failed U.S. commitments on climate on the international stage.”

Democrats hope to have the budget reconciliation bill on the floor for a vote in October. That deadline puts it right up against the Conference of Parties (COP26) talks in Scotland, which start at the beginning of November.

Senate Majority Leader Chuck Schumer (D-N.Y.) acknowledged yesterday that his party is counting on the reconciliation bill to deliver the bulk of Biden’s climate ambitions. He wrote that the Infrastructure and reconciliation bills together would “reduce U.S. emissions to approximately 45 percent beneath 2005 levels by 2030.” The other 5% required to meet Biden’s pledge of a 50% reduction in greenhouse gases by 2030, he said, would come from states and new regulations or mandates from the administration.

Schumer noted that funding from the Clean Electricity Payment Program and the Senate Finance Committee’s clean energy and vehicle tax package would account for two-thirds of the Biden administration’s plan to get to 2030. In addition, he noted, the plan will rely on critical policies that could come directly from the administration, such as “a methane polluter fee, agriculture conservation, and clean energy technology financing, among others.”

“I do not believe we have the luxury of failure if we are to provide a good future for ourselves and our children,” he wrote.

The climate ambitions of the reconciliation bill already represent a cut to the policy outlined in Biden’s Build Back Better agenda, and cutting them further during negotiations will only weaken the U.S. position at COP, Evergreen’s Raad said. Advocates are counting on the inclusion of clean energy tax credit, funding to boost clean buildings as well as a climate conservation corps, among many other priorities.

“We need to show we can act domestically in order to be taken seriously internationally,” he said.

The administration is clearly planning on the reconciliation bill as a way to move the climate policy that will make the most difference, including the clean energy payment program, said Robbie Orvis, senior director of energy policy design at Energy Innovation.

That program, which would provide funding for utilities to build out more clean power sources, would get the U.S. a significant way toward its goal of 50% by 2030 goal. Without the climate provisions , the administration’s path will have to rely on mandates and state-level action, which would bring another set of difficulties, he said.

“The big pieces are the things that need to be done to help move the U.S. toward that target, and without legislation that includes them, it will have to be done through a mix of standards and state policy, which will be more challenging and probably take longer,” he said.

While the turnaround for such a major package of priorities seems tight, work has been quietly going on for months to get to this point, said Lindsey Walter, deputy director for Third Way’s Climate and Energy Program.

Walter, who has helped shape some of the policies, said congressional negotiators are actively working to position the U.S. to enter the COP26 negotiations from a position of strength by crafting policy that can get support from moderates and progressives alike.

“It’s an ambitious timeline, and we’ve been working and asking for many of these policies for a long time,” she said. “It’s coming together fairly quickly, but there has been months of prep work that went into this moment.”