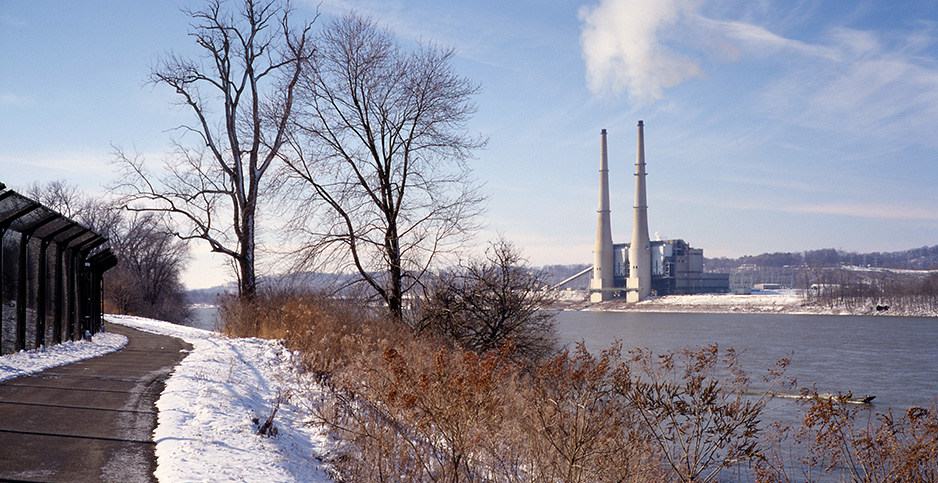 An inevitable rise in river temperatures from global warming will force increasing numbers of coal, nuclear and natural gas generation plants to curtail operations, adding up to $143 billion in additional grid infrastructure investment that could be needed by 2050, according to a new study by university and national laboratory researchers.

The computer model results call for more renewable wind and solar power, which are not water-dependent, with backup from new, efficient natural gas power plants, both to limit water shortages and to meet goals for carbon reduction from power plants, the research concluded.

"This analysis is the capstone to a long series of studies that this research team has produced to analyze unique climate-water-environment interactions in the context of long-term energy planning under climate change," said Charles Vörösmarty, a co-author of the study and director of the City University of New York’s environmental sciences project. CUNY partnered with the Energy Department’s National Renewable Energy Laboratory and Sandia National Laboratories on the research.

Calculations of the impact on power generation and grid reliability from rising river temperatures and reduced flows are not commonly factored into studies of the future scenarios for U.S. power grids, but they need to be, said the study’s lead author, Ariel Miara, a CUNY senior research associate who is also affiliated with NREL.

The study estimates that the capacity of U.S. generating plants by 2050 could shrink by between 5% and 12% because of restrictions on water use by nuclear and fossil fuel power plants, the study said.

The architecture of U.S. power networks in 2030 seem impossible to predict closely, let alone in 2050, given the deep uncertainties around technology advances, climate policy action, investment decisions and consumer choices. In one projection, the study assumed current U.S. nuclear plants could extend their operating licenses to run 80 years, and nuclear power capacity remains just over 100 gigawatts through 2050. In another scenario, they don’t last that long, and nuclear capacity plunges to 8 GW.

They ran the model further to include analysis of how rising river temperatures and decreases in water flows could hamper operations of coal, gas and nuclear plants that rely on outside water supply to keep plants from overheating, in effect.

The detail of river and weather data permitted the researchers to investigate water supply issues at individual power plants across the United States.

A key limitation is current regulation that forbids discharges of power plant cooling water that raises river water temperatures above permitted levels. If river water is too hot when it enters, it will be over limits when it is discharged, Miara said.

Power plants that use cooling towers to pull heat away from operating systems may also lose effectiveness if climate change pushes humidity too high around plant sites, he added.

Their analysis found that capacity reserve margins drop below certain reliability levels when capacity projections didn’t account for climate-water impacts, or when they try to but don’t include feasibility checks.

"The big takeaway: If we’re using these models to help inform the infrastructure planning, we need to start taking climate and water impacts into account," he said.