U.S. oil is surging. Here’s what it means for the climate 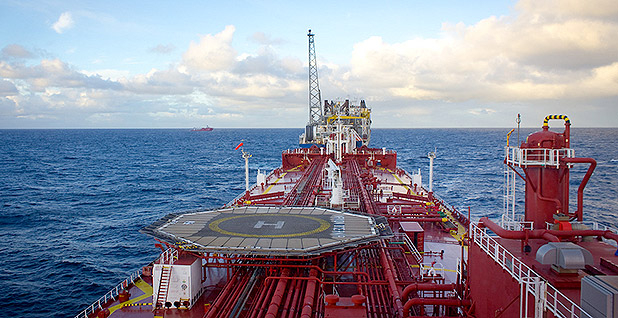 Last week, the U.S. became a net exporter of oil and petroleum products. The 11.7 million barrels pumped at the end of November makes the U.S. the world’s largest crude producer. American exports now total 3.2 million barrels a day, an extraordinary number given that former President Obama lifted the ban on crude exports just three years ago.

Most energy analysts pin the world’s rising emissions on increased economic growth, particularly in Southeast Asia, which has driven an across-the-board bump in the consumption of oil, coal and natural gas.

The situation owes itself to an oddity of America’s oil market, said Deborah Gordon, director of the Carnegie Endowment for International Peace’s climate and energy program.

U.S. refineries are set up to process heavy crudes produced in countries like Canada, Mexico and Venezuela — not the light sweet brands pumped from Texas’ Permian Basin or the Bakken in North Dakota. The result: America exports much of the oil it produces and consumes crude it buys from elsewhere.

"We’re giving away oil that is potentially much lower-emitting oil, and we’re importing oil that is very carbon-intensive," Gordon said. "We’re basically amping up the carbon cycle instead of using it for a real low-carbon transition strategy."

The impact of America becoming an exporter on global greenhouse gas emissions depends on the market’s long-term response to U.S. production. If new oil drilling in America prompts sustained low prices, that could stoke oil demand — and increase emissions.

But that is a complicated analysis, Bordoff said. Global oil demand is sensitive to price changes, which can push consumption up or down. There’s also this: Had the shale revolution not taken hold in the U.S., investment would likely have flowed elsewhere in the world. Other oil sources probably would have been tapped.

That’s not to downplay the seriousness of the problem, he said. The world needs to be making deep carbon reductions. It would be better to focus on technologies and government policies that cut demand, he said.

Yet America’s growing oil sector only makes that harder. Republicans once voiced support for transitioning away from oil on the grounds that importing so much foreign crude was a national security concern.