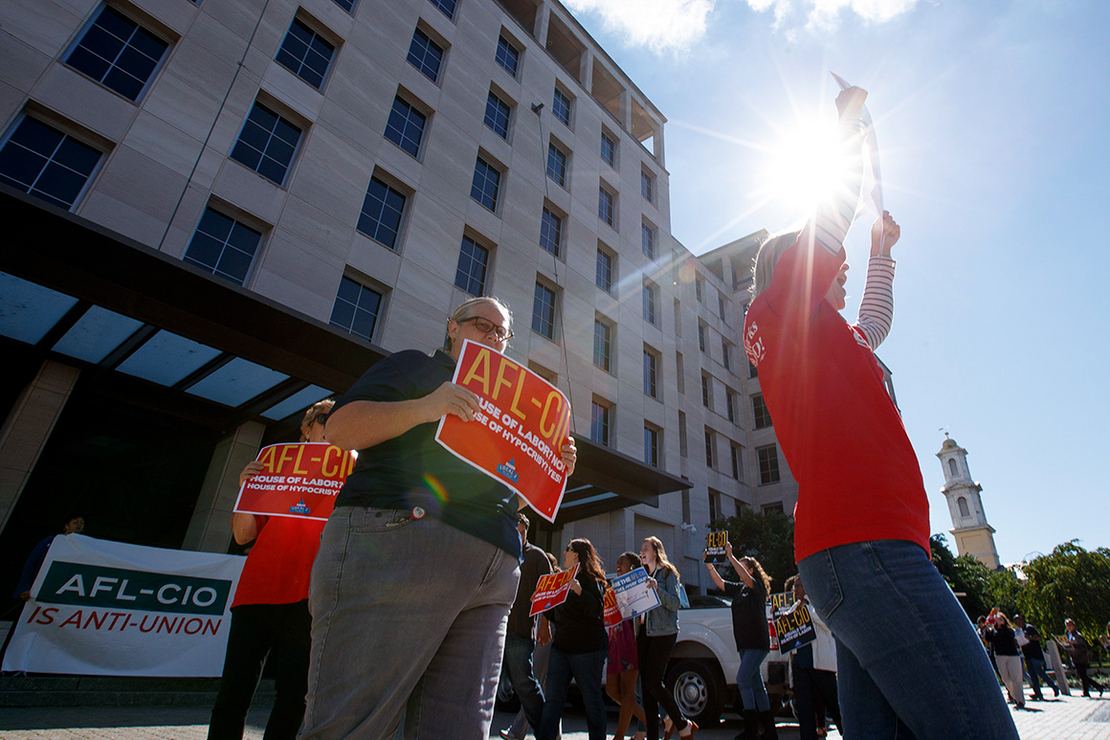 Employees at the Public Interest Network, a sprawling organization that includes U.S. PIRG and Environment America, announced they have formed a union today and called on their leadership to recognize it.

Representatives of the new Public Interest Union told E&E News that the organizing drive stems from frustration with management’s decisionmaking process, and that those issues permeate all arms of the network.

Low pay, lack of diversity and an "unwillingness to publicly support environmental justice work" are behind the union push, said Zachary Barber, a clean air advocate at PennEnvironment.

"At the end of the day, these same themes exist across all the brands," said Mireille Bejjani, energy justice director at Community Action Works. "They stem from the central decisionmaking, and they are policies that apply to all."

Organizers said 70 percent of the 215 proposed eligible members support the effort. About 55 percent signed a letter to the group’s president, Doug Phelps, today calling on him to voluntarily recognize the effort.

The letter lauded the organization’s longtime dedication to social change and activism.

But it also called for it to recommit to a "flourishing of present and future staff,” hinting at long-term employee workplace concerns.

"The Public Interest Union wants nothing more than for our organization to be the strongest possible voice for the public," they wrote. "In order to achieve that, we must improve recruitment and retention of talented and passionate organizers and make our organizational culture and structure better reflect the ideals we all are working to bring to reality."

The employees are seeking to join the Office and Professional Employees International Union (OPEIU), Local 2.

The Public Interest Network did not provide a response to the letter as of press time.

The Denver-based group is a nearly 50-year-old umbrella organization that supports a wide range of state and local projects mainly focused on climate change, environmental issues and consumer protection.

Perhaps its most well known outfits are the Public Interest Research Groups, or PIRGs, which grew out of an effort by Ralph Nader in the 1970s.

Now about a dozen groups make up the network, including major players like Environment America and its state chapters. Others include the National Environmental Law Center, and the group touts "more than 400" staff, "thousands of volunteers and canvassers," and "1.5 million supporters" in all 50 states and Washington, D.C.

Parts of the network have found themselves embroiled in workplace controversy over the years. The Fund for the Public Interest, PIRG’s prodigious fundraising arm, has faced lawsuits and reached a $2.19 million class action settlement stemming from its treatment of workers, and has allegedly engaged in strongly anti-union practices. The Daily Beast dubbed it a "liberal sweatshop."

The organizing won initial praise from Green 2.0, a nonprofit dedicated to diversity in the environmental movement.

"Nice to see organizations unionizing to give their staff a voice," said Andrés Jimenez, its executive director.

The Public Interest Union comes after a series of organizing efforts in the environmental movement over the last couple of years. Employees at the National Audubon Society successfully established a union after contentious workplace issues were made public, and regional and state offices are seeking to expand it. Defenders of Wildlife similarly established a union this year.

In strong terms, the organizers said that recognizing the union is the best way for the network to publicly demonstrate its commitment to stated values, and stressed that they will be successful if management forces a National Labor Relations Board election.

"By democratizing our decision-making process and acknowledging the importance of diversity, equity, inclusion and mutual support within and without our organization," they wrote, "our staff and The Public Interest Network as a whole will be better able to weather a future made uncertain by the climate crisis, this damn pandemic, or the precarity of America’s democracy."