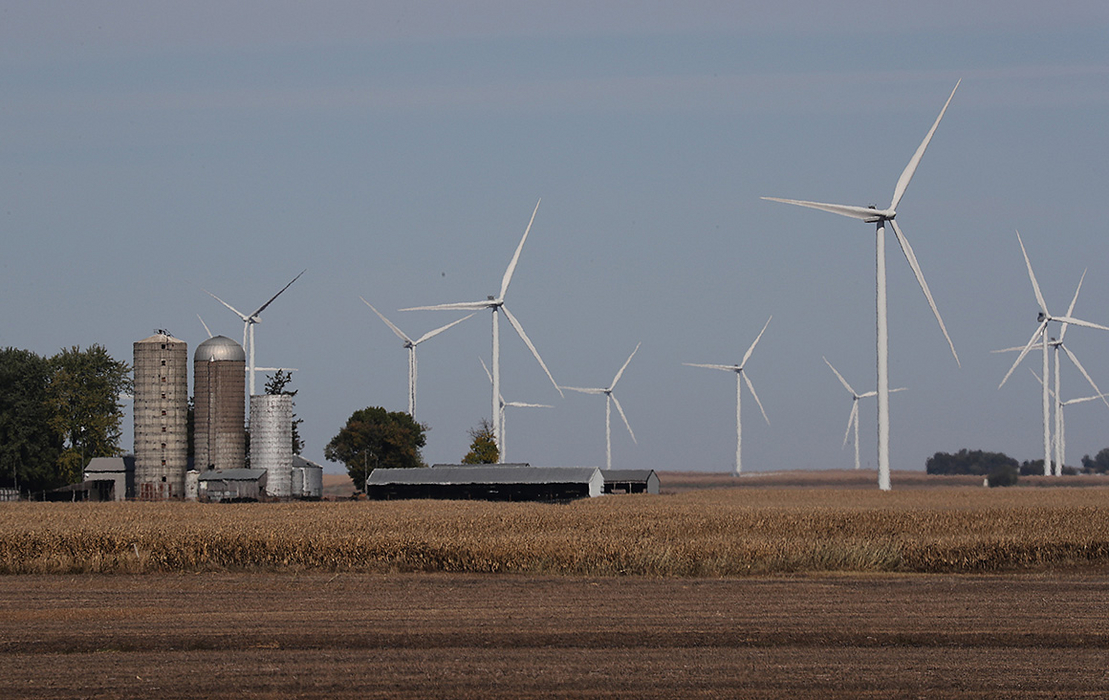 Renewables are growing too slowly to meet the Biden administration’s carbon-free grid goal, and trade groups are girding for a year of obstacles, according to a new U.S. industry report.

Released by the American Clean Power Association (ACP) this morning, the annual market report takes stock of how the solar, wind and energy storage industries fared in 2021 — and how that picture might change this year.

It reaches troubling conclusions for the Biden administration’s climate goals. Last year, the overall rate of renewable power and storage growth didn’t budge, compared to 2020. The current volume of installations is a little over one-third of what will be necessary to reach a carbon-free grid in 2035, wrote the ACP, the largest U.S. trade group for wind, solar and storage.

Across the three industries, growth was deeply uneven in 2021. While solar and battery storage had a record year, onshore wind installations cratered, falling 22 percent, for example.

Overall, about 28.5 gigawatts of renewable power and energy storage came online, enough for about 6.6 million homes. But a huge chunk of expected capacity — some 10 GW — was delayed by a confluence of problems, ranging from price hikes for commodities and shipping to allegations of labor abuses in Chinese supply chains, according to the report.

This year, those problems could compound, with a “concerning impact on our ability to deliver growth,” it said.

Amid inflation, supply chain issues and the threat of solar-equipment seizures by custom guards, the report said, the Commerce Department has begun a review that could end in new tariffs on solar panels and cells from four Southeast Asian countries — a process that is “already taking a toll,” with utilities delaying projects due to shortages of panels.

“At a time when every [megawatt] of clean energy is crucial to protect Americans’ pocketbooks, drive economic growth, and achieve the country’s climate targets, these unnecessary barriers are slowing progress,” the trade group wrote.

The group’s alarm, which echoes that of solar-specific trade groups, came a day after 19 bipartisan governors sent a letter to President Joe Biden and Commerce Secretary Gina Raimondo, begging them to close down the inquiry as soon as possible. The governors also asked for an economic analysis on how the tariffs would hurt businesses, workers and families.

Until Commerce reaches a conclusion in the solar tariff probe, “uncertainty will stifle investments and innovation,” the governors wrote.

The petitioner that brought the case before Commerce — California-based panel manufacturer Auxin Solar Inc. — has repeatedly dismissed trade groups’ characterizations of the probe, saying it would combat skirting of U.S. duties by Chinese companies and do little to halt progress toward climate goals (Energywire, April 29).

One trend turned up by the ACP analysis is an increasing reliance, among renewables, on corporate commitments to buy clean power.

Those deals closed despite the fact that the price of wind and solar PPAs rose across all electricity markets.

The cost of a wind turbine rose 9 percent from a year earlier, in part because producers had to swallow a fivefold increase in the price of shipping and a fourfold rise in steel prices. Longer blades, taller towers and improvements in siting strategies allowed the levelized cost of wind power to keep falling last year, however.

Globally, solar module prices stayed “relatively stable and flat” in 2021, except for bifacial panels, which can produce power from the underside. Spot prices grew over 6 percent in a year, said the ACP, citing data from BloombergNEF.

“This pace needs to accelerate immediately in order to integrate just the projects in development now, notwithstanding any projects proposed in the future,” ACP said.