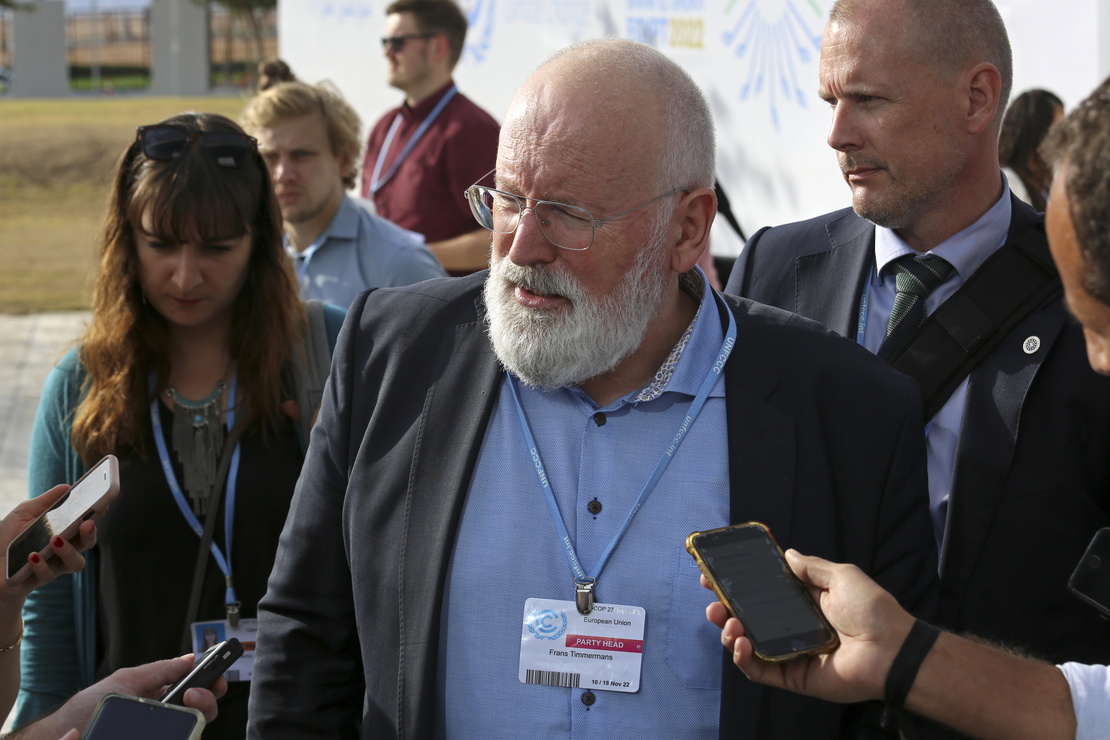 SHARM EL-SHEIKH, Egypt — Climate talks here were thrown into disarray by a surprise proposal from the European Union that would support calls for sending climate aid to vulnerable nations by getting countries including China and the U.S. to pay up.

The move deepened schisms with China as the talks lurched toward an uncertain conclusion this weekend, inflaming decades-old disagreements about China’s role in alleviating the impacts of climate change on poor countries. The United States, which has refused to offer details about where it stands on climate aid, was silent on the E.U. plan.

The issue — known in this desert beach city as compensation for loss and damage — has been the focus of this year’s negotiations. As the talks wind down, various proposals from different negotiating blocs are creating dividing lines that could make or break the final outcome.

“We see this as a climate justice issue, and if this continues to be kicked down the road we will see it as justice denied,” said Sherry Rachman, environment minister of Pakistan, where record-breaking floods have cost the country more than $30 billion. “Vulnerability should not become a death sentence because that is what many economies and countries and people are facing.”

This year’s talks come at a time of political and economic turmoil and rising inequality in the face of more extreme climate-fueled disasters. That has hardened countries’ positions on issues like climate aid, threatening agreement in a process that depends on consensus.

The impromptu proposal from the European Union on Thursday night for a loss and damage fund earned tepid support from some countries — and silence from others.

It would create a dedicated fund for the most climate-threatened countries that draws on a “broad donor base” and a “mosaic” of other sources of funding, including levies on air travel, shipping and fossil fuels, said E.U. climate chief Frans Timmermans.

“The most vulnerable countries will push for his offer as they want a loss and damage finance fund and they want more emissions reductions so they can mitigate the harm they suffer today and the damages they’ll face ahead,” said Jake Schmidt, director of the international climate program at the Natural Resources Defense Council.

But it could drive a wedge in the large negotiating bloc pushing for a fund at the talks depending on how most vulnerable is defined. The bloc known as the G-77+China is comprised of 134 countries that range from small-island nations to emerging economies

The E.U. attached a rider to its proposal that sought to draw funding from some of those big emerging economies like China. European and American officials have insisted that it is now time for China, the third-largest historical emitter of greenhouse gases and the largest today, to be obligated to contribute funds for climate aid.

China responded to the E.U. proposal by saying it wasn’t time to rewrite the Paris Agreement.

On Friday, the Egyptian government hosting the talks laid the blame for stalled progress on developed countries, which it said had failed to pledge as much support to various climate funds as they did last year.

“It doesn’t help,” said a senior Egyptian official, adding that the “mood in the room” had continually returned to issues of financial delivery.

Countries getting pummeled by the impacts of a warming planet say the climate talks will be a failure if there’s no progress on loss and damage funding.

“If you can get agreement on the loss and damage funding piece, I think everything else falls into place,” said Alden Meyer, a senior associate for climate think tank E3G.

The E.U. proposal strikes at the heart of the geopolitical divide within climate politics. China relies on a 1992 convention that absolves a list of countries defined as developing from any obligation to pay into climate funds. The E.U. and U.S. succeeded in blurring that line in the 2015 Paris Agreement.

German Foreign Minister Annalena Baerbock said Thursday that a new tool would have to be “shaped according to the reality of 40 years ago, but that it is designed for the reality of the 40 years to come.”

The proposal is the E.U.’s “final offer” on the issue of loss and damage, Timmermans told reporters Friday morning.

The senior Egyptian official said there was broad support for the creation of a fund but added that the E.U. plan was unworkable. “You cannot say, ‘Ah, I’ll give you a fund, but you need to do 1-2-3-4-5-6-7. You are not giving anything,” he said. “It was obvious … the conditions that were put forward were not acceptable by some.”

Delegates from the U.S., traditionally the strongest opponent of climate finance, were silent on the E.U. announcement.

They were “not amused, I understand,” said one E.U. official, who spoke on condition of anonymity. When Timmermans was asked if the U.S. could support the proposal, he said: “I don’t know at this stage.”

Tuvalu Finance Minister Seve Paeniu said the plan left the U.S. with “no option now” but to back consideration of a fund.

“The U.S. might end up being isolated from the entire conversation and therefore has no other choice but to come on board,” he told reporters Friday.

Money for loss and damage isn’t the only contentious issue.

Draft text released Friday largely reflected decisions made at last year’s climate summit in Glasgow, Scotland, by reiterating a call to phase down coal, limit global temperature rise and “rationalize” inefficient fossil fuel subsidies rather than phase them out.

“This does need to be somewhat stronger,” said David Waskow, head of international climate at the World Resources Institute. “It would be important to get to the floor of Glasgow, but that really should be a floor.”

Ministerial discussions will continue throughout Friday, but hopes of reaching an agreement before the weekend are fading fast. Meyer from E3G said a lot of countries would be calling for the Egyptian presidency to include language in the text for the phaseout of all fossil fuels, not just coal.

With many divides remaining, U.N. Secretary-General António Guterres flew to Egypt on Thursday to try and salvage the talks.

“I am here to appeal to all parties to rise to this moment and to the greatest challenge that humanity is facing,” he said from one of the plenary halls. “The world is watching and has a simple message to all of us: Stand and deliver.”