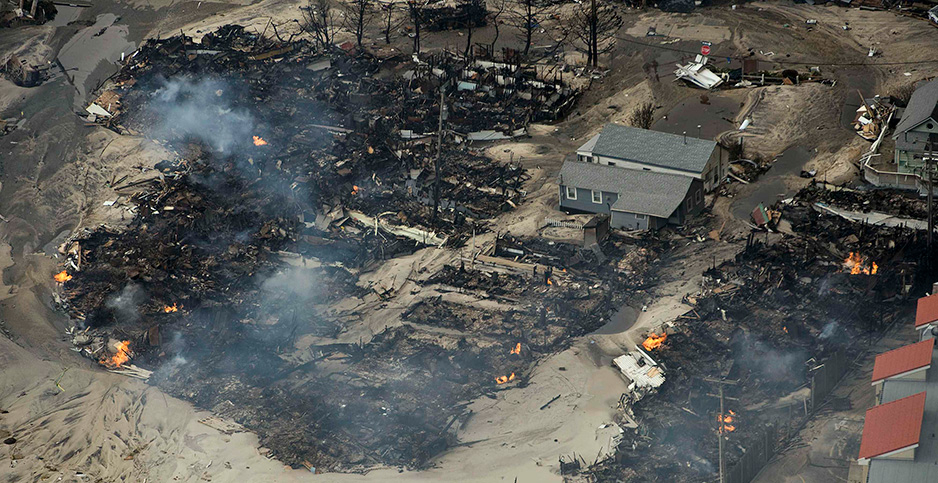 Millions of people lose electrical service each year because of weather-related disruptions like the ongoing outages in California, and the trend will worsen as climate change causes increasingly severe damage to systems that generate and distribute power across the nation.

Some utility companies have spent billions of dollars in recent years to make their systems more resilient to weather-related disasters. But other utilities have resisted such hardening because of the financial cost and community resistance.

The massive power outage in Northern California is the latest in hundreds of instances in which electric customers have lost power because of storms, high winds and other inclement conditions. Pacific Gas & Electric cut power to hundreds of thousands of customers in an intentional blackout to protect against wildfires.

Electric companies have reported more than 2,500 major outages to the Energy Department since 2002, department records show.

Nearly half of those outages — 1,172 — were caused by weather conditions such as storms, hurricanes and unspecified severe weather, an E&E News analysis of the records shows. That’s an average of 65 weather-related outages per year.

A total of 211 million customers have lost power since 2002 in weather-related disruptions.

Despite some major losses, the number and expanse of weather-related outages has remained fairly steady over the past 18 years.

Electric regulators and climate scientists are warning about the danger that weather and climate change pose to the nation’s electric grid.

The North American Electric Reliability Corp. said in a June report that "extreme weather events continue to be leading contributors to transmission, generation and load loss." The corporation is a federally chartered organization that sets and enforces reliability standards for power companies.

The corporation report noted that two major hurricanes in 2018 — Hurricanes Florence in North Carolina and Michael in Florida — knocked out power to 2.5 million customers combined.

The federal government’s Fourth National Climate Assessment, published in November, said that due to climate change, the nation’s energy system "is projected to be increasingly threatened by more frequent and longer-lasting power outages."

In the Southeast, 69 electricity generation plants are vulnerable to storm surge caused by a Category 5 hurricanes such as Michael, the assessment found. Sea-level rise of 1 meter would expose dozens of power plants to flood risks.

"Such events can have cascading impacts on other critical sectors and potentially affect the nation’s economic and national security," the assessment said.

"These [weather] threats are nothing new. They’re just happening more frequently and extremely now," said Saifur Rahman, a professor of electrical and computer engineering at Virginia Tech. "We are having a 500-year flood every five years."

Utilities can make their power supplies more reliable by strengthening their systems of generators and transmission lines, or by augmenting their networks to include backup systems. But these improvements are costly — and public utility commissions sometimes resist approving rate increases to pay for the projects, Rahman said.

"We are very cost conscious and not safety conscious," Rahman said. "For us, cost comes first. In Europe, safety comes first and cost later."

Florida Power & Light Co., which serves roughly 10 million people in Florida, says it has spent $4 billion since 2006 making its network more resilient to major hurricanes that batter the state. The publicly owned utility has strengthened power lines or moved them underground and is replacing all of its transmission towers so they are made of steel or concrete.

But Con Ed remains vulnerable to surges in demand during extreme heat. In July, the publicly owned utility cut off power to 33,000 customers in Brooklyn during a heat wave to avoid a widespread blackout.

Bruce Walker, the Energy Department’s assistant secretary for the Office of Electricity, said in a June 2018 interview that significant effort had gone toward grid and other power infrastructure resilience, especially against cyberattacks and terrorism. Grid resilience is essential "because it’s really the backbone to national security," Walker told Columbia University’s Center on Global Energy Policy.

But such a transition is costly, says the Edison Electric Institute, a trade group for investor-owned electric companies. And underground facilities also are often damaged by weather events such as major flooding.

Rahman, the professor, said that when a company representative asked him for permission to bury the wires that were in front of his house, he readily approved.

But six months later, Dominion announced that it was canceling the $200 million project because too many residents refused to give the company a right of way.

A neighbor of Rahman had declined because Dominion wanted to put a transformer in the area and the neighbor feared it would reduce his property value, Rahman said.

"There are many forces working in this space," Rahman added.