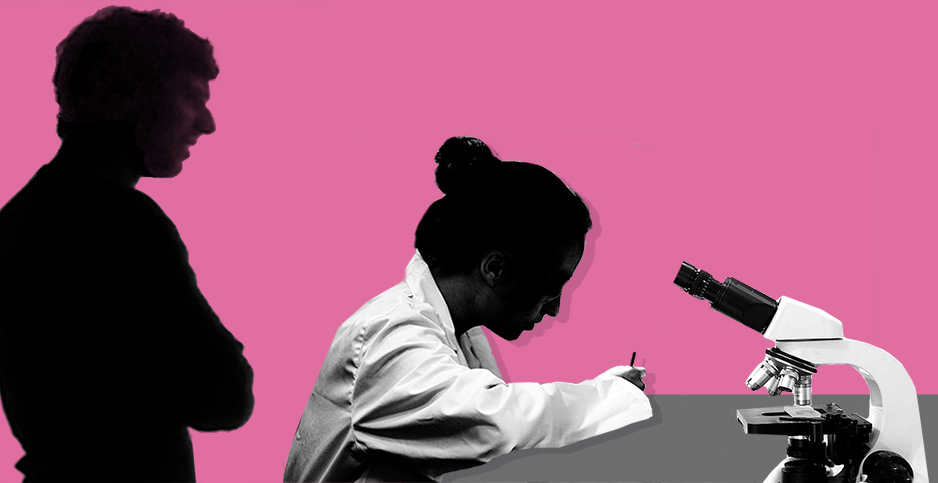 One scientist was called Climate Barbie.

Another was described as an "ugly fake scientist." A third had an erect penis drawn on her car window while she was in the field researching sea-level rise.

Such is the life of many female climate scientists in 2018.

All researchers face the risk of being criticized when speaking publicly about their findings. But women in the field describe being attacked based on their gender. They’ve endured insults, sexual taunts and degrading comments about their professional acumen. Most of their harassers use social media, email and the phone for their attacks. But there’s a fear that it could become physical.

Threats of death, rape and other forms of violence have left a number of researchers feeling concerned for their safety. They worry about opening envelopes with handwritten addresses and answering phone calls from unfamiliar numbers. Anonymous emails that try to entice a response cause agitation.

"We get this additional layer of hate mail, and people, I think, find it easier to put us down because we are women, or feel like they have more right in telling us what is right or wrong despite our expertise, which is always frustrating," said Andrea Dutton, a geologist at the University of Florida and an expert on sea-level rise.

Dutton said she often hesitates to answer the phone after she’s quoted in the media. The feeling can last for days, prompted by harassing attacks in the past from unfamiliar numbers.

One prominent researcher who has spoken about being harassed asked not to be quoted in this article. She worries it would trigger a new wave of trolling. Her concern goes beyond online attacks and hateful phone calls. She’s worried for her safety.

The attacks aren’t new. But some scientists say the harassment they’re enduring is becoming more personal, increasingly sexist and less focused on their scientific conclusions. Some suggested that it coincides with rising societal tensions over gender and race, laid bare by President Trump’s political rise.

"There is a huge underlying fear of change, and that’s spawned the whole ‘Make America Great Again,’" said Katharine Hayhoe, director of the Climate Science Center at Texas Tech University.

"When was America great?" she added. "Back when women were in the kitchen and others knew their place, and so because of that, the whole climate change thing, the whole idea that humans could actually interfere with the planet’s climate and that fossil fuels were the way that we got great way back in the day, that’s what underlies all this, and that’s why there is such a mix between gender and climate denial, because it’s all coming from the same perceived threat to identity, and position and power and rights."

Online harassers have called her a "sad, little mediocrity," an "ugly fake scientist" and an "old thin-looking hag." They’ve gone after Hayhoe for sharing her climate research and for her outreach to the evangelical Christian community.

The verbal and written attacks derive mostly from men. That’s probably not a coincidence. Studies show that climate skepticism is a male-dominated perspective. Men are less likely than women to accept scientific conclusions about people being responsible for rising temperatures. And they’re more likely to overestimate their knowledge of the issue.

Threats aside, some of the most frustrating attacks experienced by Hayhoe are those that denigrate her professionally. Some men talk to her like she’s a "certified, Grade-A idiot," she said.

"These same men who are sending me all this stuff and telling me I know nothing, that I’m not qualified and that I’m ignorant, if I were one of the top cancer surgeons in the country, at the same level that I’m a climate scientist and they had cancer, I am sure that most but not all of them would be happy to have me operate on them. They wouldn’t be challenging my credentials; they wouldn’t be saying, ‘I know more about natural cycles than you do.’"

Public appearances on national television outlets, in particular, bring waves of hatred for scientists. Kim Cobb, a professor of earth and atmospheric science at Georgia Tech, recently appeared on national news programs to talk about the dangers of climate change. Now she’s being called a liar over email.

Someone on Twitter called her "Climate Barbie 2.0." There were repeated hang-ups on her voicemail, something she finds particularly disturbing because she’s worried the caller might be unstable. Are they angrily dialing over and over again? Other "pseudo-engagers," as Cobb calls them, have written to ask seemingly sincere questions about climate change. One of them called her "stupider than a cow" after receiving her thoughtful response.

Cobb said this is the reality for female scientists. She has learned to take the nastiness as an indication that her message is reaching people.

Still, she has noticed a shift in the tone of her critics. After she tweeted recently about a bedtime conversation about climate change with her 11-year-old daughter, she was accused of making it up. Some questioned the existence of her daughter and told her she was guilty of child abuse.

The attacks on her motherhood are representative of the vitriol in recent years, she said. In the past, climate deniers would at least try to convince her of their findings.

"I do see a shift toward a lack of substance sharing," Cobb said. "So much of the flak from the climate-denial community, I think, was in the form of trying to share graphs to show their point, trying to question you on the validity of the science. And a lot of that was very misguided, of course, but it was still pretending to be substantive, on the data, on the issues themselves. But it seems much of it today has turned completely to ad hominem attacks, these stream of emotionally laden insults with no substance whatsoever behind them, just trying to land one below the belt."

Women who research climate change aren’t only facing the threat of harassment from strangers on the internet. A recent report shows that female scientists in academia are among the most at risk to face sexual harassment from their colleagues and superiors.

An analysis this year by the National Academies of Sciences, Engineering and Medicine highlighted high rates of workplace harassment for female researchers in sciences, engineering and medicine at universities. The report’s authors noted that 58 percent of female academic faculty and staff experienced sexual harassment, making academia second only to the military (with 69 percent) in rates of workplace sexual harassment. They pointed to a number of factors that create an environment ripe for harassment, including a reliance on advisers for career advancement and a "macho" work culture.

Climate scientists do have some legal recourse against the most serious threats.

The Climate Science Legal Defense Fund is designed to protect researchers who are victims of harassment. The defense fund also directs scientists to other resources for workplace sexual harassment and offers counseling to help scientists respond to incidents that may be troubling but not illegal. The fund’s executive director, Lauren Kurtz, said laws addressing online harassment are "behind the times." They tend to focus on bullying of children, not adult victims.

Reports from women since the fund was created in 2011 fall into two main categories.

Some complaints are similar to the types of harassment faced by men, but "there is a sense of a lack of cooperation on the part of the institution or difficulty raising the issue with their supervisor," Kurtz said.

There’s also sexual harassment. The group received a complaint a few months ago from a climate scientist who reported "really odious rape threats" on Twitter.

Sarah Myhre, a paleoceanographer at the University of Washington, blames polarization on climate change for disproportionate threats against scientists compared with other disciplines.

"When you ask people, ‘Do you believe in climate change?’ what you’re asking isn’t ‘What is your topical knowledge?’ it’s ‘What is your tribalism?’" Myhre said. "Because it has been so hijacked in this partisan dystopic narrative, it leads to misogyny being used to discredit climate science."

One of the most visible climate scientists in the country, Michael Mann of Pennsylvania State University, said he sees a difference in how female colleagues are treated. Mann said he has been targeted by people who reject climate change for two decades. He has received death threats, has been mailed white powder, and was targeted by fossil fuel and conservative interest groups to be fired or imprisoned. Still, he sees an extra element of vitriol in the way women in the field are treated.

"I can tell you that there is a very large overlap between those who harbor conspiracy theories about climate science and those who express unenlightened views when it comes to matters of ethnicity and gender," Mann said. "In short, yeah — a surprisingly large number of climate deniers are misogynists. And so our female colleagues are at the receiving end of a particularly toxic brew of denialism, conspiratorial ideation and misogyny. It is most unfortunate and most disturbing."

Still, there seems to be an increasing public awareness of the harassment directed at female scientists, observers say. Those who have been harassed say they want more of their colleagues, especially men, to speak out about the problem. That’s happening more and more, said Dutton, the geologist at the University of Florida.

"That’s what we really need; it can’t all come from us," she said. "It shouldn’t have to be the victims; that’s how we’re really going to have change, when it’s the other people calling out the bad behaviors, and I have started to see some of that.