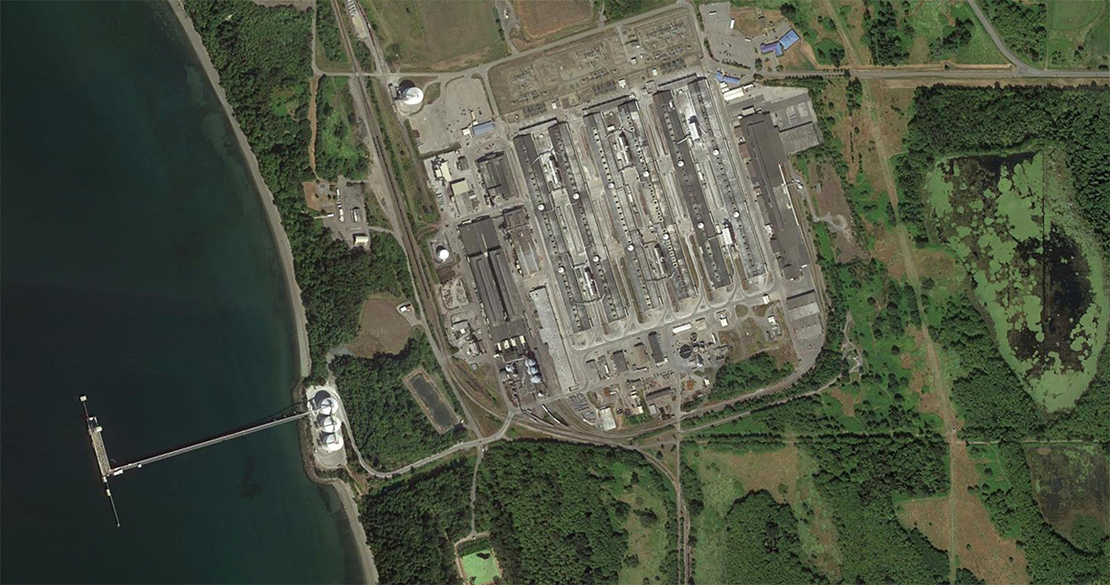 The AFL-CIO is urging the White House to help save a shuttered aluminum plant amid media reports that the Biden administration is considering a crackdown on imports of the metal from Russia.

Brad Markell, executive director of the AFL-CIO Industrial Union Council, said in an interview that his organization — the largest federation of labor unions in the nation — has talked with the White House for months about helping aluminum plants that closed or curbed production due to market conditions.

A primary focus in those conversations is Intalco, a smelter in Washington state that was mothballed two years ago. In a letter obtained by E&E News, AFL-CIO President Liz Shuler in July asked President Joe Biden to directly intervene with getting a cheap electricity hookup that could help restart the plant.

Last week, Bloomberg and Reuters reported that the White House was weighing possible tariffs or a ban on aluminum from Russia, as well as potentially sanctioning Russia’s United Company RUSAL, the largest aluminum producer in the world. The reports came as Russia escalated attacks on infrastructure like power stations in Ukraine and as the war instigated by Russia threatens to drag on into the winter months.

Markell said the reporting on potential restrictions on Russian aluminum “adds to the impetus for rebuilding or starting smelters.”

Asked about the reports of action on Russian aluminum, a National Security Council spokesperson said: “We are always considering options, but nothing on this is moving imminently.” The White House did not respond to multiple requests for comment on calls to help aluminum smelters. The Treasury Department, which implements sanctions, declined to comment.

Despite its presence in everything from cars to beer cans, a lot of aluminum used in the U.S. is brought in from outside the country, according to U.S. Geological Survey data.

Currently, only five smelters process the metal in the United States, after the largest facility in the nation — the Hawesville plant in Kentucky operated by Century Aluminum — in June announced a temporary closure due to high energy costs. Shuler’s letter also referenced the Hawesville aluminum smelter in Kentucky but did not ask for any action to intervene in support of the plant.

Most aluminum imports come from Canada, while about 5 percent arrive from Russia, according to federal trade data.

While Biden has cracked down on many Russian imports since the country’s invasion of Ukraine in February, from oil to diamonds, aluminum shipments were not curtailed. More than 188,000 metric tons of aluminum was imported into the United States this year.

Fresh restrictions on Russian aluminum could have a whiplash effect on prices paid by consumers at a time when the Biden administration is worried about inflation. The United States sanctioned RUSAL in 2018 only to lift the sanctions a year later after metal prices went wild, causing heartburn for manufacturers (Energywire, April 9, 2018).

Brian O’Toole, a former sanctions official at the Treasury Department under former President Barack Obama and a senior fellow at the Atlantic Council, said he can’t imagine that the Biden administration “is willing to tolerate more inflation” — even to turn up the heat on Russia.

O’Toole said the only way to avoid higher prices would be if “they’ve got alternative supplies” of the metal.

“They are so price sensitive at the moment that it would be entirely out of character for them to be doing anything else,” O’Toole said.

But the Inflation Reduction Act, which Biden recently signed, includes money that could help transform the ailing sector.

The new law includes nearly $6 billion for a new advanced industrial facilities program to give loans and grants to companies decarbonizing their aluminum smelters, steel mills, cement factories and plastics plants. There was also a large tax break: Companies could write off 10 percent of their operating costs on a plant if it produces “critical” minerals and metals for the energy transition — including aluminum, a key metal in the chassis for an electric vehicle.

One of the places the AFL-CIO wants Biden to spend that money is on Intalco, a plant Alcoa shut down two years ago because it couldn’t compete with lower-cost aluminum smelters in places like China.

Former Intalco workers have sought to buy the plant away from Alcoa and restart it with the help of a private equity firm, Blue Wolf Capital Partners LLC. Their proposal, backed by environmentalists and Washington state Democrats, was to retrofit the facility and tap into carbon-free hydroelectric power from the Bonneville Power Administration.

But the Bonneville Power Administration, a federal agency, has said it doesn’t have enough low-priced electricity to offer the plant.

Along with the abundance of money available for upgrading plants like Intalco, supporters of the plant in August told The Seattle Times they hope the president will buy power from the Bonneville Power Administration and then sell it to the plant at a discount under the Defense Production Act. The Inflation Reduction Act gave the president $500 million to spend using that executive authority.

This maneuver would, hypothetically, solve the tension over how to power the Intalco plant and give it another lease on life, while putting about 700 employees back to work. Supporters have also characterized the proposal as a greener alternative for aluminum at a moment when many producers are still weaning themselves off coal-fired power.

In her letter, AFL-CIO’s Shuler said the Bonneville Power Administration has the legal authority to “provide the needed power, but despite a concerted effort by business, labor and public officials, no progress has been made over many months of discussion.” The workers at Intalco are members of the International Association of Machinists and Aerospace Workers, which is a part of the AFL-CIO.

“I urge you to explore all avenues to ensure that the Intalco facility has access to the electricity it needs to start production,” she wrote.

Blue Wolf Capital Partners and Rio Tinto declined to comment. Alcoa and Century Aluminum did not respond to requests for comment.