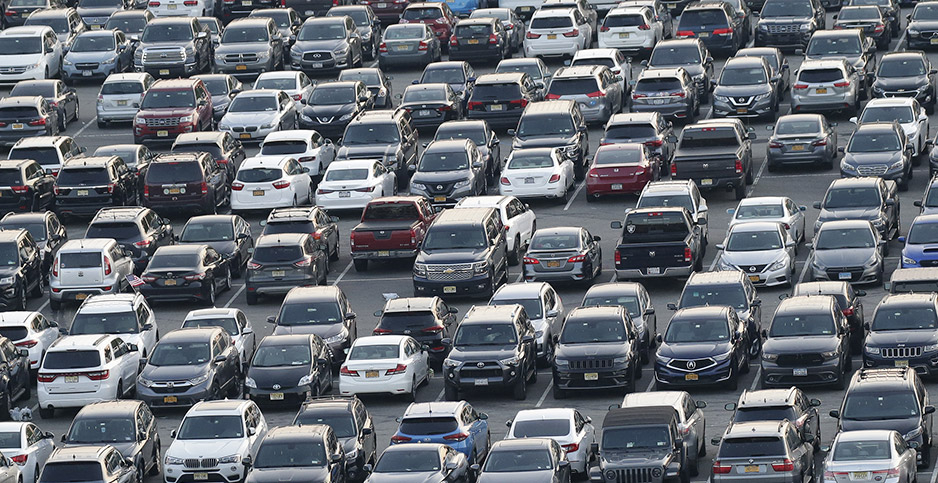 More than a dozen states are left in the lurch after President Trump stripped California’s authority to set clean car standards.

The Trump administration this week rolled back the Golden State’s historic waiver that allows it to set car emissions standards that are more stringent than federal rules. Washington, D.C., and the 13 other states that adopted California’s standards are left in limbo now that the state no longer has that authority.

California’s authority to set separate tailpipe pollution standards from the federal government goes back decades. The Obama administration extended the state’s waiver to include greenhouse gas emissions from cars. EPA and the National Highway Traffic Safety Administration yesterday said they were withdrawing the 2013 waiver, which has allowed California to impose its own clean car standards and a zero-emissions vehicle mandate (Greenwire, Sept. 19).

Lienke said the rollback leaves a big problem for states that have chosen to follow California’s footsteps. They are: Oregon, Washington, Maryland, Pennsylvania, Delaware, New Jersey, New York, Connecticut, Rhode Island, Massachusetts, Vermont, Maine, Maryland and the District of Columbia. Colorado was set to be the 14th state.

Even if states wanted to set their own stricter standards in the absence of California’s waiver, they’re not allowed to under federal law.

"The Clean Air Act, since 1977, has allowed other states to choose between federal standards and California standards. California is special," Lienke said. "Every other state is preempted from setting its own standard."

And experts say that stripping these states of the vehicle emissions model they’ve held for years could put multiple levels of their federal compliance at risk.

"Taking away their ability to use those standards really impairs their ability to meet federal air pollution requirements," said Julia Stein, project director for the Emmett Institute on Climate Change and the Environment at UCLA School of Law.

Stein, though, said that gives the 13 states "strong footing to challenge the action" in court. She expects the other states to jump into the legal battle between California and the Trump administration over the waiver (Climatewire, Sept. 18).

California and its allies argue that EPA doesn’t have the authority to take the unprecedented action of stripping away a Clean Air Act waiver.

"EPA has never before tried to revoke a waiver that has already been granted to California in the 50 years of this program, and nothing in the text of the Clean Air Act says it has the power to do this," Lienke said.

Dan Reich, a former trial attorney at the Department of Justice, said it would take a lot more for EPA to snatch the waiver away for good.

"They can’t just say, ‘I’m withdrawing it because we want to,’" Reich said. "They have to give some kind of explanation as to why, after a rather extensive record and dialogue going back and forth … it should now be withdrawn. And that’s going to be a very tough sell."

"We have inherent authority to revisit our prior decisions, particularly if they violate the law," he said.

"That [authority claim] is not true when there are significant reliance interests at stake," he said. "Here, California has relied on this waiver in setting its own plans to comply with federal air quality standards and meet its own kind of climate change goals, and also these 13 other states have relied."

All of this comes as the Trump administration is expected to freeze fuel efficiency standards at 2020 levels through 2026.

Multiple states that have adopted California’s standards have already said they’ll jump into the legal fight over the revocation.

Connecticut Attorney General William Tong (D) said in a statement that "this is a blatant assault on California’s, and by extension Connecticut’s, right to control vehicle emissions that contribute to climate change."

Tong continued: "The Trump Administration has zero authority or basis to pull the waiver and we are working closely with California and states across the nation and expect to take this fight to court."