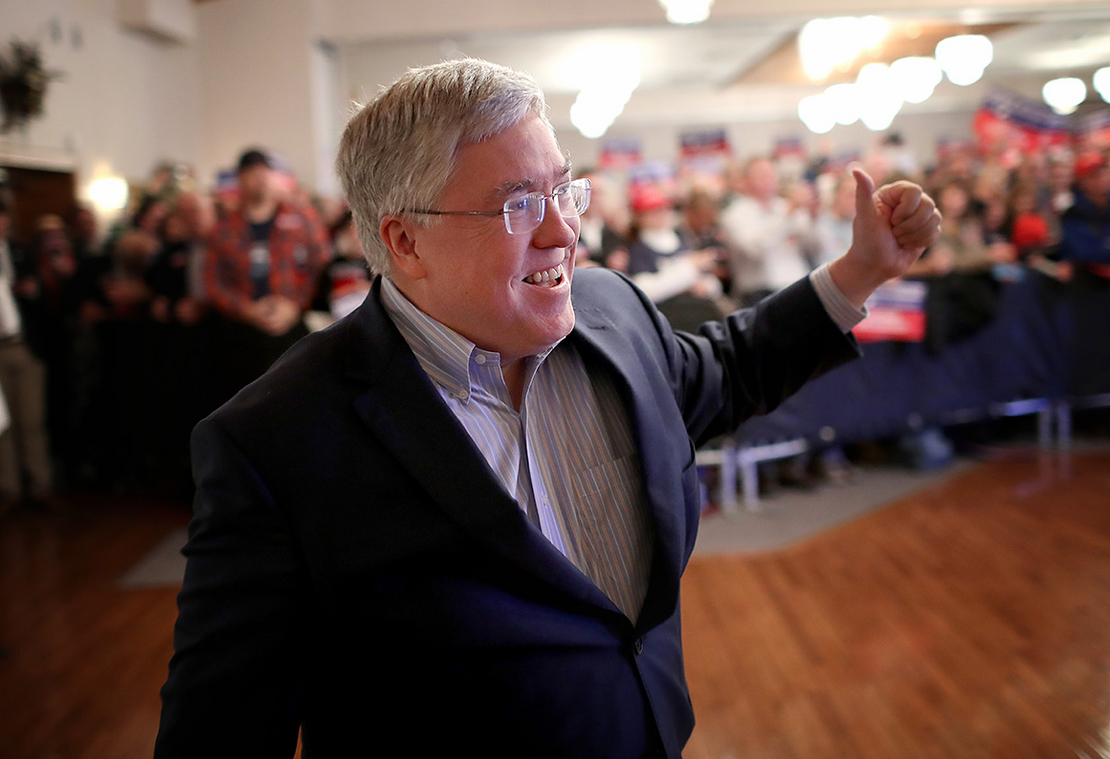 The Securities and Exchange Commission’s climate risk disclosure rule now has an even bigger target on its back.

West Virginia Attorney General Patrick Morrisey said as much yesterday after the Supreme Court curbed EPA’s ability to regulate planet-warming emissions. He argued that the Biden administration and agencies including the SEC have intentionally sidestepped Congress to fight climate change and that his and other Republican states’ challenge against EPA is just their first effort to fight back.

“We’ll also be looking at a lot of the other rules the Biden administration and independent agencies are putting forth. Particularly, the SEC’s” rule, Morrisey, who spearheaded the challenge, said yesterday during a press conference.

“West Virginia has already led a 24-state comment letter against [the SEC rule]. And I think that would also fall into the major questions category where the Biden administration is trying to transform all these agencies, what their traditional mission is, and turn them into environmental regulators,” he added.

At issue is a landmark proposal the SEC unveiled in March that would force companies to more closely examine and disclose their contributions to and risks from global warming.

If adopted in its current form, the rule would require publicly listed companies to provide detailed information about their greenhouse gas emissions, exposure to mounting climate impacts and more. The aim is to ensure that investors have the data they need to make informed financial decisions.

The rule has drawn fire from some business groups and Republican lawmakers. They argue that the SEC — which is an independent agency charged with protecting investors and regulating capital markets — should leave to elected lawmakers the issue of climate change and the risks it poses (Climatewire, June 17).

Morrisey reiterated that point yesterday. “Regardless of where you are on the issue of climate change,” he said, “it’s important to play by the rules. Don’t try to use the agency process to short-circuit Congress’ role under the Constitution.”

That line of thinking mirrors arguments made by Republican officials at the state and federal levels about the heightened attention being paid to climate change by both financial regulators and the firms they oversee. They have accused major banks, money managers and agencies including the SEC and Federal Reserve of attempting to bankrupt the fossil fuel industry, and said they need to prioritize financial returns and stability above all else.

Progressives, Democrats and a growing number of financial regulation experts see it differently. They say regulators and finance firms have a responsibility to take into account all potential risks and that research has shown climate change represents a significant threat.

As to whether the EPA ruling has any implications for the SEC’s rule, Todd Phillips, who directs financial regulation at the Center for American Progress, a progressive group, argued the two situations are “fundamentally different.”

“My take is the West Virginia v. EPA case was about a very specific statutory authority for the EPA, and what the SEC is doing or proposing to do is just nothing like that,” said Phillips, who is also a banking and administrative law attorney.

“The SEC has proposed a rule to require companies to disclose information to investors and potential investors,” he added. “That is what the SEC has been doing since it was first created.”

Whether the Supreme Court would agree is another question entirely, Phillips said.