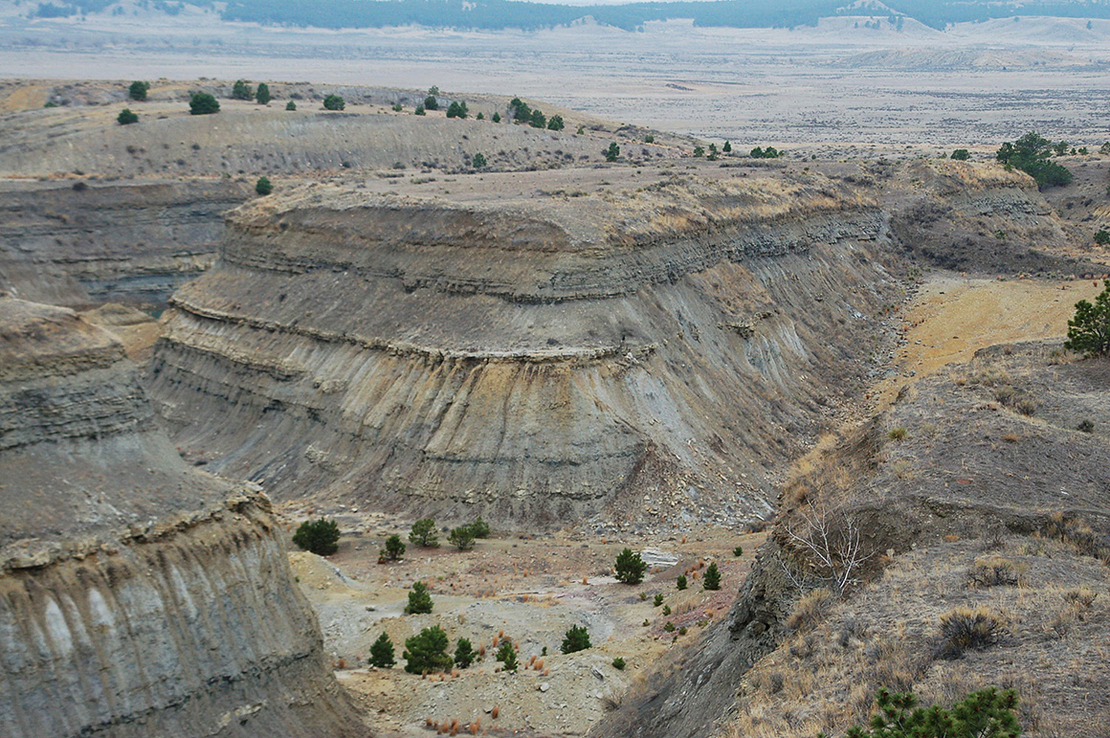 A 2007 file photo shows the site of an abandoned open-pit uranium mine near Edgemont, S.D. Carson Walker/AP Photo

The U.S. Geological Survey removed uranium from the federal critical minerals list, but it may not be long before the U.S. government once again declares the radioactive material “critical.”

USGS finalized a proposal last week to remove uranium from its list of minerals deemed vital to national and economic security, citing a legal requirement that fuel minerals be kept off the last. It was a defeat for American uranium producers, which won the designation under the Trump administration after years of struggling with low market prices.

But the following day, the Department of Energy disclosed in a report on minerals strategy that it was preparing its own list of “critical materials,” piggybacking off the USGS effort.

The department didn’t disclose whether uranium would be included on the “critical materials” list. The document described uranium as a material “of concern,” along with cobalt, tellurium and rare earth elements on the USGS critical minerals list.

Ramzey Smith, a department spokesperson, said uranium “could be considered by DOE for inclusion in the critical materials list.”

The department will soon consult with “stakeholders” to “create a process” for recommending or establishing critical materials vital for DOE’s mission areas, Smith said. The process will “be developed in the near future.”

There are risks to any nation relying on foreign sources of uranium because large portions of the nuclear fuel supply chain run through Russia, as well as Kazakhstan, a former Soviet state, which is currently in turmoil and wrestling with Russian President Vladimir Putin’s influence.

Evidence of these risks has piled up in the last two years. Lockdowns against the coronavirus pandemic knocked major uranium mines offline, creating a supply shock that sent the price of uranium skyward. Other events — like Russia’s invasion of Ukraine — have further heightened the drama around uranium prices.

Advocates for keeping uranium’s “critical” label argue this kind of volatility in minerals markets tied to geopolitics should be integral to policy planning around critical minerals. DOE is in the process of establishing a national uranium reserve, funded by Congress, for the express purpose of addressing these risks (E&E Daily, Sept. 16, 2021).

In particular, foes of the listing saw it as a precursor to opening areas near the Grand Canyon to new uranium extraction.

Allowing uranium miners to say their products are critical to the U.S. government allows the industry to get a more captive audience in Washington, said Scott Melbye, president of the trade group Uranium Producers of America.

“If you’re fighting on any issue that might be before the administration or before the Congress, it strengthens your hand to be able to couch it in terms of a strategic material or mineral,” Melbye said.

The Uranium Producers of America asked DOE to include uranium in its “critical materials” list because USGS “is clinging to” a legal definition of critical minerals that “excludes fuel minerals,” he said (Greenwire, Nov. 9, 2021).

“Everyone we talk to would agree that uranium fits on a strategic critical minerals list because of all the reasons you put a commodity on there,” Melbye said. “It really begs the question [that] if everyone agrees this is strategic, we need some strategic designation, because something needs to be done with Russia and Kazakhstan.”

Aaron Mintzes, senior policy director for environmental nonprofit Earthworks, told E&E News it would be hard not to draw the conclusion from looking at the DOE report that officials in the department want to declare uranium “critical” once again.