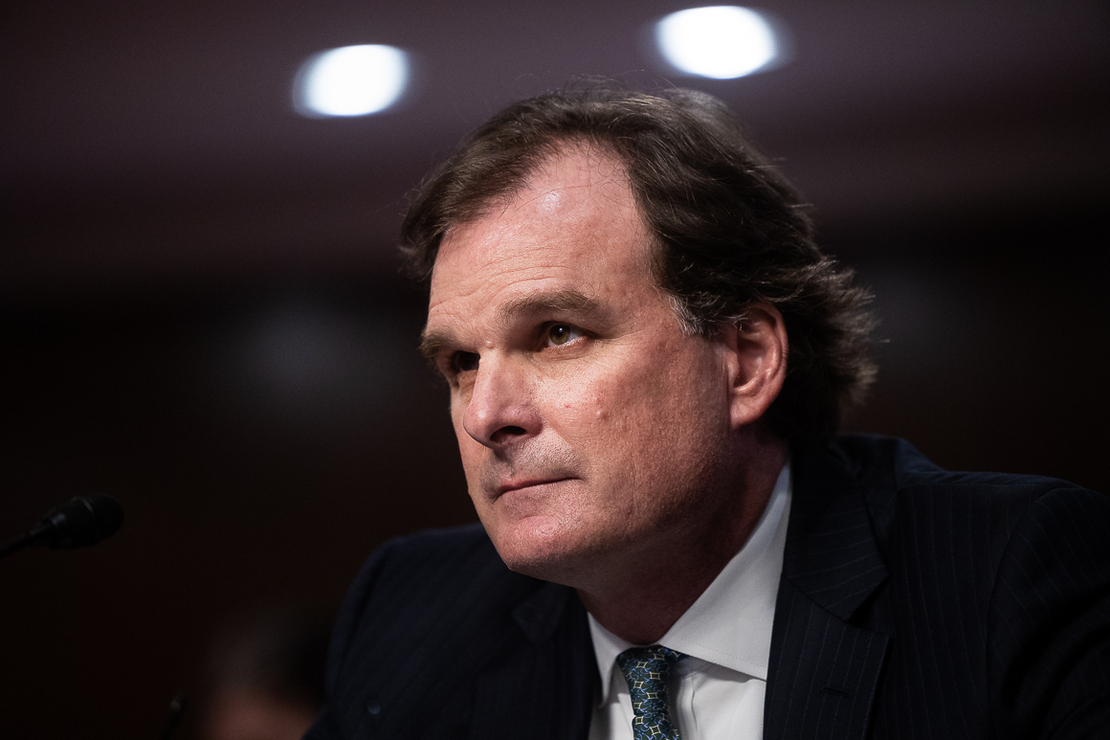 “Why are we taking our eye off the ball on feeding America in the most efficient way and safest way, and all this noise about climate change?” said Rep. Rick Allen (R-Ga.) at a House Agriculture subcommittee hearing on farm programs. “My people are not talking about climate change.”

Allen, whose cotton-growing district, with much of Georgia, has felt the brunt of storms such as Hurricane Michael in 2018, may have been signaling what’s ahead for the Biden administration’s climate and agriculture policies if Republicans retake the majority in next year’s midterm elections.

He said farmers are more worried about immediate issues like supply chain disruptions than what to do about a warming climate, which scientists say is contributing to extreme weather and crop losses.

Allen directed his skepticism at Robert Bonnie, undersecretary for farm production and conservation, who touted the department’s new $1 billion grant program of pilot projects for “climate smart commodities” produced through conservation methods that save carbon or reduce greenhouse gas emissions.

Bonnie said the practices encouraged by the program will have economic and production rewards for farmers, in addition to climate benefits. Agriculture Secretary Tom Vilsack announced the program’s launch Monday, with applications due in two rounds in April and May (Greenwire, Feb. 7).

Bonnie, who owns a horse farm in Northern Virginia with his wife and is a trained forester, responded, “When I go out in the countryside, I hear about drought. I hear about wildfire. I hear about extreme weather events.”

“Let me ask you this,” Allen said. “Everything we’re doing on climate change, how much are we going to lower the temperature of this planet?”

He continued, “Tell me how much we’re going to actually reduce the temperature of the planet, and all of a sudden, the weather is totally calm — and no more drought?”

“I’m not a climate modeler,” Bonnie replied. “But I know U.S. agriculture is prepared to do a lot of good and to create new markets and opportunities while they do it.”

‘A little bit of poison is still poison’

Rep. Doug LaMalfa (R-Calif.) took aim, too, at the premise of the administration’s climate policy, saying carbon dioxide makes up less than one-tenth of 1 percent of the atmosphere, while increasingly intense wildfires release large amounts of carbon into the air. Scientists generally agree that the changing climate contributes to the trend.

LaMalfa’s comment drew a response from Rep. Abigail Spanberger (D-Va.), who noted that the impact of carbon dioxide — not its relative slice of the atmosphere — is the issue.

“A little bit of poison is still poison,” she said.

Rep. Chellie Pingree (D-Maine) said farmers may not mention climate change directly, “but they certainly talk about the economic impact of the adverse weather effects and other things that are directly related to climate change.”

Recalling that Congress passed $10 billion in agricultural disaster aid last September, Pingree said she would rather spend money helping farmers build climate resilience than pay it out in emergency assistance.

The new USDA program, called Partnerships for Climate-Smart Commodities, will be available to small businesses, nonprofit organizations, universities and local governments, for instance, although not to individuals. USDA said it’s looking for smaller farms to participate collectively, and Bonnie said officials want to see farms of all types take part in the voluntary effort.

The program relies on funds from the Commodity Credit Corp., a Depression-era agency created to support farm commodity prices through marketing and, sometimes, government purchases. Bonnie repeated earlier comments from Vilsack that USDA sees the new initiative mainly as a commodity program, since it would promote the marketing of “climate-smart” products.

But Rep. Glenn Thompson (R-Pa.), the top Republican on the Agriculture Committee, complained that Vilsack had become a “maverick” by pursuing the program without involving the committee. He said he relayed his concerns to Vilsack in a conversation yesterday, and that the effort “looks like a conservation program dressed up as a marketing program.”

Thompson has said he accepts that climate change is real and that the debate has moved beyond that point, in his view, but that private industry and farmers, not the government, should be at the center of the response (E&E Daily, April 19, 2021).

He promised “extensive oversight” by the committee as the pilot projects proceed.

Where committee members united, however, was on defending farmers against charges that they’re destroying the environment. That was the thrust of a video editoriallast week in The New York Times titled “Meet the People Getting Paid to Kill Our Planet,” a takedown of lobbyists fighting environmental regulation of farms.

“American agriculture is ravaging the air, soil and water. But a powerful lobby has cleverly concealed the damage,” says the editorial, which features Sen. Cory Booker (D-N.J.), a member of the Senate Agriculture, Nutrition and Forestry Committee who has advocated a crackdown.

Bonnie said he was disappointed in the video, calling it “horrible.”

He added, “I think farmers, ranchers, forest owners are great stewards of our land. I think they all depend on the productivity of the land, which comes from stewardship.”