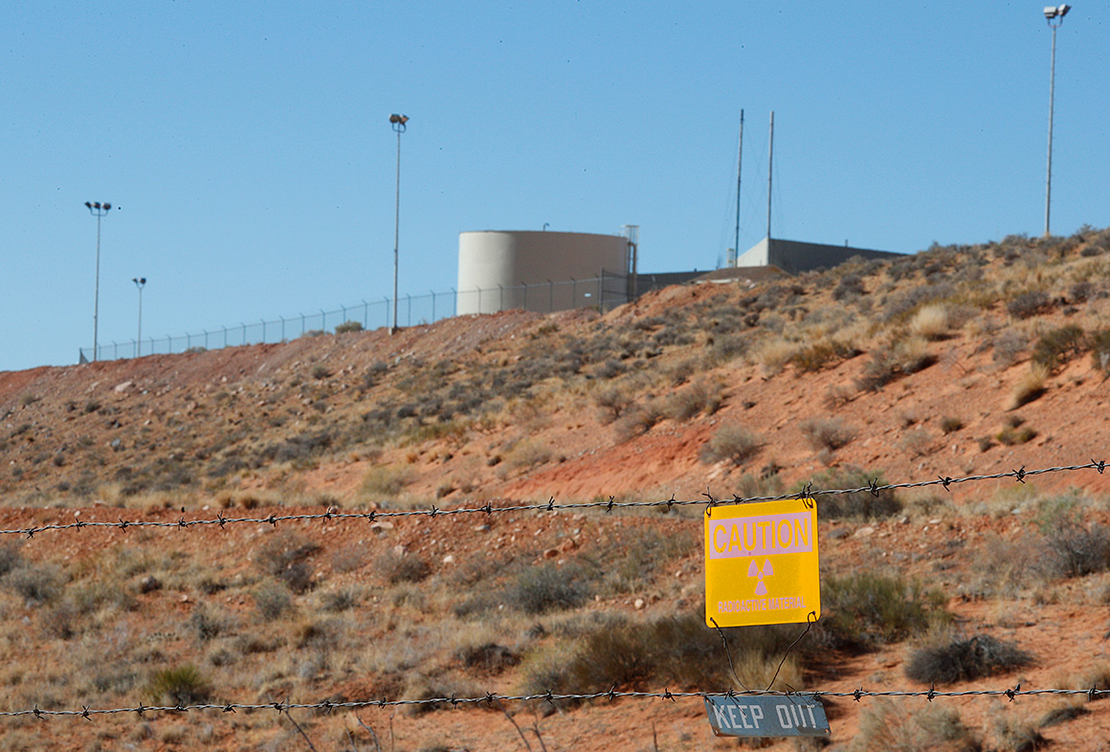 The U.S. Geological Survey has proposed removing uranium from the national list of critical minerals, a move drawing fire from the uranium industry and its political allies.

Uranium — a radioactive metal primarily used for nuclear fuel — was included in the initial list, which was mandated by then-President Trump and issued in 2018. It was left off the draft list along with potash, helium, rhenium and strontium.

USGS added two minerals to the draft list: nickel and zinc, which are integral for making batteries for electric vehicles.

In the Federal Register notice, the agency said it left uranium off its draft because the Energy Act of 2020, which requires regular updates to the list, “explicitly excluded” minerals related to fuel from being defined as critical minerals. The Mining and Mineral Policy Act of 1970 formally defined uranium as a mineral fuel and, as such, was not included in USGS’s analysis.

This update to the critical minerals list is intended to give information to industry representatives, policymakers, economists and scientists “on the most important minerals when it comes to U.S. supply chains,” Interior Assistant Secretary for Water and Science Tanya Trujillo said in a statement.

“The statistics and information are crucial to understanding America’s vulnerability to disruptions in the supply of critical minerals, including data on the worldwide supply and demand for minerals and materials essential to the U.S. economy and national security,” Trujillo said.

The American uranium industry has been under siege since 2011, when Japan’s Fukushima Daiichi nuclear disaster sparked a global political backlash against the construction and operation of nuclear power plants. As a result, an excess uranium supply littered the market, driving prices below the point where it was economical to operate U.S. uranium mines.

The Trump administration’s decision to include uranium on the USGS list was controversial. Supporters of the decision said it would help the government properly weigh the security implications of U.S. nuclear plants primarily being reliant on foreign sources for uranium.

“I don’t understand the move to remove uranium from the critical minerals list, especially at this time. I frankly can’t think of a more strategic or critical mineral,” Melbye told E&E News in a text message today.

A spokesperson for Senate Energy and Natural Resources ranking member John Barrasso (R-Wyo.), a stalwart congressional ally of U.S. uranium, also took the administration to task for removing the metal from the list.

However, environmental groups and some Democratic lawmakers who opposed uranium’s inclusion on the minerals list said the status of the mineral as a fuel source disqualified it by law.

Those critics suspected uranium was added by Trump officials to lay the groundwork for regulatory decisions seen as favorable to the U.S. uranium miners, such as allowing uranium production near the Grand Canyon or establishing a federal uranium reserve (Greenwire, Sept. 16).

Those critics who bemoaned Trump’s minerals list are cheering the new draft.

“Uranium was never a critical mineral. It should have never been on the list in the first place. It was only added to prop up a dying [uranium] business model,” Center for Western Priorities Deputy Director Aaron Weiss told E&E News.