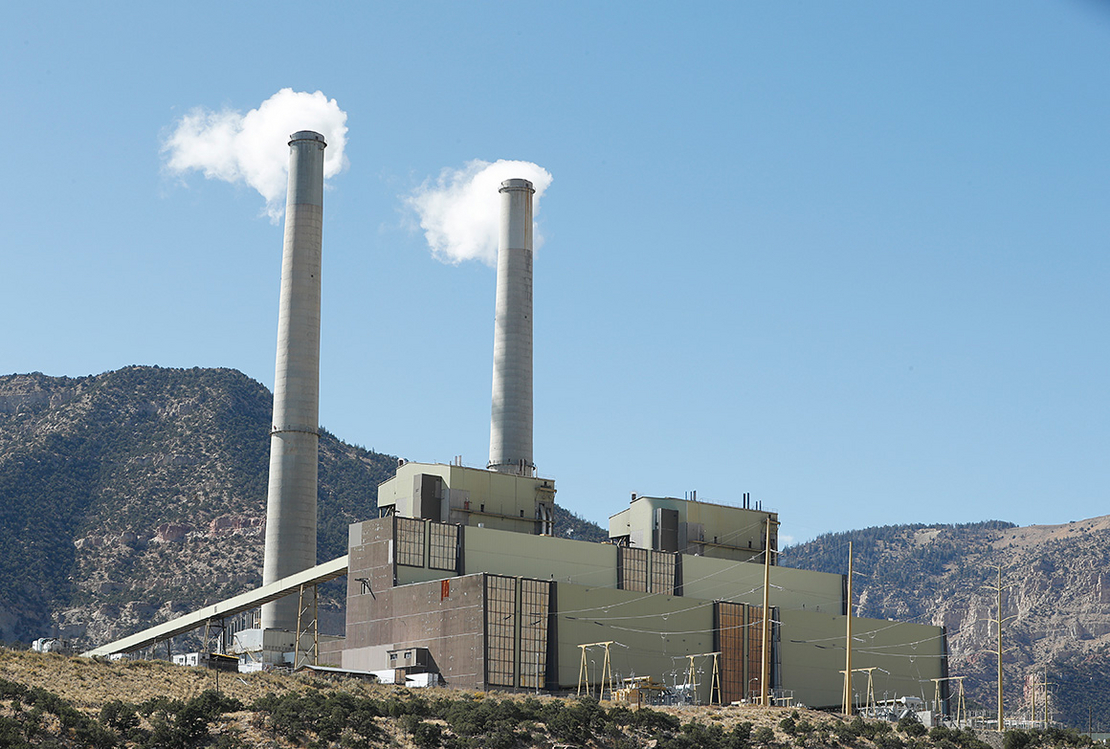 In 2019, Utah’s second-largest city, committed to reaching 100 percent renewable electricity by the end of the decade.

The pledge — passed by a unanimous City Council vote — made West Valley City eligible for a unique program in Utah where local governments could negotiate a massive clean energy portfolio with Rocky Mountain Power, the largest utility in the state.

“This is more than a dream, we’re taking action,” said then-West Valley City Mayor Ron Bigelow in 2019, according to the West Valley Journal.

Less than three years later, however, West Valley City reversed course. Just ahead of a May 31 deadline to officially commit to CREP and pay administrative costs, the City Council elected to back out. Five other cities that initially joined CREP also backed out before last month’s deadline, according to Utah 100 Communities, an organization representing the program’s participants.

That U-turn shows the challenge some cities face when confronting the political and logistical hurdles of acquiring clean energy. As the Trump administration stalled national climate action, cities and states set their own ambitious goals and drove much of the country’s move toward clean energy and transportation — a trend that has continued even as the Biden administration has pushed for a decarbonized grid and is working on a climate package with congressional Democrats.

According to data from the World Resources Institute, 155 cities in the U.S. executed 290 renewable energy deals in 2021, a 55 percent increase from the previous year. The 4,370 megawatts of renewable energy announced last year by U.S. cities was the largest on record, enough to power more than 940,000 homes annually.

CREP showed that such pledges could even work in a conservative, coal-heavy state like Utah. But there’s a difference between making a commitment and executing it, especially when politics and the costs of implementation come into play, said Nick Kasza, manager of the National League of Cities’ sustainability program.

“A New York or a San Francisco may have a wealth of resources for planning and implementation, but smaller communities won’t,” Kasza said. “Every community has to do this differently, and not everyone has the resources or technical staff to do it.”

The discussions in Utah have highlighted obstacles, especially in a political environment where rising gasoline prices and inflation are at the top of voters’ minds. CREP carries $700,000 in startup costs for legal and technical consultants, program design and filing. Every participating community will have to pay in, although a cost-sharing agreement means larger cities will pay more.

In West Valley City, some council members expressed concern that those costs — and any new energy spending — would raise costs on low-income residents. Others said West Valley City would lose control over its energy future and could sacrifice reliability. Mayor Karen Lang, who took office in January, told E&E News that she hadn’t spoken to a single resident who wanted to pursue the bulk purchase program.

“Their priorities were for their electric bill to stay as it is, not subsidizing Rocky Mountain Power’s decisions,” Lang said. “I don’t think it should be on our citizens to have a public service utility come up with a business plan.”

Even as several participants left, CREP will still advance and deliver renewable energy to some of Utah’s largest cities, including Salt Lake City and Ogden.

But advocates worry that short-term concerns about costs — exacerbated in a political climate where inflation is a top issue — could limit Utah’s best chance to strengthen its renewable energy future.

“It’s just unfortunate to have cities miss out on a unique and effective program that could bring everyone in the city clean energy,” said Lindsay Beebe, a Utah-based senior campaign representative for the Sierra Club’s Beyond Coal campaign. “Nothing else is going to have the same level of access or the same level of megawatt impact.”

Some 61 percent of electricity net generation came from coal-fired power plants in 2021, according to the U.S. Energy Information Administration. Support for the coal industry remains strong and CREP was seen as a roundabout way to prod Utah’s energy transition, which has lagged behind other states.

The conservative state set a goal to obtain 20 percent of its power from renewable sources by 2025; an energy plan released by Gov. Spencer Cox (R) in May says the state is committed to an “any of the above” energy future. Solar power represented 10 percent of the state’s electricity mix last year, according to EIA.

Local governments, however, have wanted to move further. In 2016, Salt Lake City had begun discussions with Rocky Mountain Power about purchasing 100 percent renewable energy, talks that were soon joined by Park City and Summit County.

The partners pursued a program like a community choice aggregation model, where local governments procure renewable energy for their residents and businesses. Under their plan, a bloc of interested governments would collaboratively negotiate with Rocky Mountain Power to add enough new renewable energy to offset their existing emissions.

Because the program would create a new rate class at the state Public Service Commission (PSC), the Legislature had to pass a bill setting parameters.

“My position is that the free market will make the transition to the new energy economy faster than government mandates,” Handy told E&E News. “What this legislation did was provide a framework to nudge the PSC, but the Legislature stayed in its lane.”

Under the bill, local governments would have to pass their own 100 percent renewable energy goals to engage in early talks. Twenty-three did so by the end of 2019, a level of engagement advocates were hopeful would create significant bargaining power.

Lori Bird, director of U.S. energy for the World Resources Institute (WRI), said the collaborative approach was unique and had the potential to be more effective than cities going it on their own to either negotiate with utilities or acquire renewables. “It broadens the reach of the program,” Bird said. “It’s also a lighter lift for the other cities that join in.”

Still, additional costs were enough to make some communities balk.

In Kamas, a city near Park City, council member David Darcey said that with Rocky Mountain Power already committing to more renewable energy, it wasn’t worth paying any extra money to advance CREP.

“It feels like you if you just did nothing, you’d get greener and greener,” Darcey said at a City Council meeting in May. Ultimately, the council voted not to move ahead.

Salt Lake City suburb West Jordan, the third-largest city in the state, also backed out. Council member Kelvin Green said at a March meeting that the administrative costs alone would represent the equivalent of a 1 percent property tax increase.

“I’m not willing to generously donate 1 percent of our property tax revenue to this when we’ve got other issues,” Green said at a March meeting. “We’d be signing to increase utility rates in West Jordan, and we’ve taken enough hits over water rates.”

‘A lot of misinformation’?

Because details of the program are still being worked out, it’s unclear how much utility costs would increase under CREP. A 2017 study by Energy Strategies estimated that electric rates could increase between 9 percent and 14 percent by 2032, compared to business as usual.

However, Utah 100 Communities said on its website that solar energy costs have dropped more than 25 percent since then and could continue to get cheaper. Under a governance agreement, any procurement that would increase electricity rates by more than 10 percent must also be approved by a vote of both two-thirds of communities and two-thirds of the participating electricity load.

Sierra Club’s Beebe said some of the concerns may come down to simple politics. While the structure of CREP was able to attract some Republican-controlled cities, “there’s still a stigma with the idea of renewable energy.”

“There can be a lot of misinformation about something that is admittedly a complex topic,” Beebe said. “That’s something we have to overcome in a place like Utah.”

The cost, however, hasn’t deterred everyone.

A survey by Weber State University conducted for the Ogden City Council found that 73 percent of residents were OK with some energy bill increase and a majority of residents would pay 9.3 percent more for renewable energy.

Although lower-income residents were slightly less willing to pay more, survey author Katharine French-Fuller said that there was wide support for the program across demographic groups.

“The uniformity is unusual,” she said.

For now, 17 communities will move ahead with CREP, although they could still opt out. There is no mechanism for cities to rejoin.

The governance body will now embark on more detailed discussions with the PSC and Rocky Mountain Power on procurement, rate structure and other details, with an aim to submit an application before the end of the year.

Rocky Mountain Power spokesperson David Eskelsen said the company is looking forward to working with partner cities on the structure of the program. But he emphasized that any additional costs will be borne only by participants and will not be spread out to other communities in parent company PacifiCorp’s service area.

Edwin Stafford, a marketing professor at Utah State University, said the debates around CREP highlight the difficulty some conservative areas could face in making the energy transition, especially as cost concerns remain high. While any action to increase renewables is a positive, he said, the potential divide could lead to stratification without more top-down action.

“What I’m so fearful of is that Utah will be stuck with these old coal plants and we’ll be stuck with cleanup costs and continued dependency, with the exception of the communities in this program,” Stafford said. “Utah needs to wake up and start thinking 10 years ahead about how our energy future will look.”