Utah county: Breaking up with Bears Ears suit is hard to do 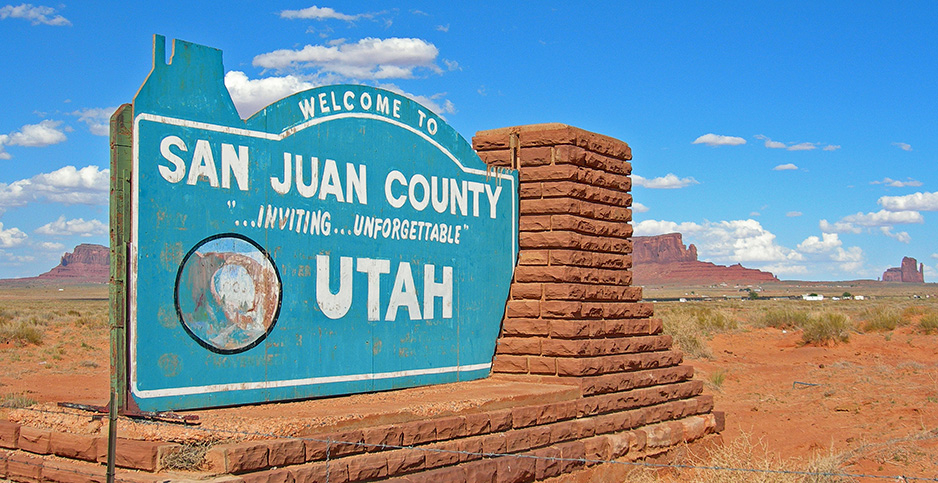 Local officials in San Juan County, Utah, recently voted to rescind the work of their predecessors and reproach President Trump for reducing the Bears Ears National Monument, but attorneys representing the county in federal court don’t seem to have gotten the memo.

Documents filed in the U.S. District Court for the District of Columbia last week by the Mountain States Legal Foundation (MSLF) show its attorneys pushing to dismiss a lawsuit challenging the Trump administration’s sweeping reductions to the southeastern Utah monument.

That move comes despite the fact that the county’s leadership voted to end its relationship with the foundation last month and to withdraw from the lawsuit.

"As a result of a recent election, there is currently an ongoing internal dispute between county officials regarding both the wisdom of remaining in the case and who has authority to make that decision on behalf of the county," Brown wrote.

Since then, the commission’s new chairman, Kenneth Maryboy, has set about to undo the work of his predecessors who aggressively opposed the creation of the Bears Ears monument.

The commission, in a 2-1 vote won by the Democrats, also condemned Trump for "unlawfully reducing" the monument in late 2017, when he slashed the site by 85 percent to 202,000 acres from its original size of 1.35 million acres.

That resolution echoed the current legal challenge to Trump’s actions, which argue in part that the president lacks the authority under the Antiquities Act of 1906 to reduce the size of monuments.

"I just think we’re setting the county up for some pretty big legal problems if we pass this resolution," Adams said.

Similarly, plaintiffs in the lawsuit — including the Hopi Tribe, the Ute Mountain Ute Tribe, the Zuni Tribe, the Navajo Nation, the Wilderness Society, Defenders of Wildlife, the Grand Canyon Trust, the Great Old Broads for Wilderness, the Western Watersheds Project, WildEarth Guardians, the Sierra Club and the Center for Biological Diversity, among others — asked to remove San Juan County from the case earlier this month.

"To the extent San Juan County is still participating in this case and supporting the motion to dismiss — it is doing so against the actual decision of the County Commission," the plaintiffs wrote. "This raises serious concerns of propriety and professional responsibility as it is no longer clear what ‘client’ is purporting to direct San Juan County’s participation in this case."

In court documents, Brown rejected those arguments, asserting that the county’s "continued involvement in this case is proper" because she represents other unspecified officials.

"Counsel for the county continues to be directed by a county official and has not been requested by that official to withdraw from the suit or case representation," Brown wrote. She did not respond to a request for comment for this article, nor is it clear who is directing the foundation to continue its work.

In the filing, Brown pointed to a declaration made by the county’s attorney, Laws, in which he indicated he represents all of the county’s officials "not limited" to the members of the commission.

"As County Attorney. I represent the Board of County Commissioners and all of the various County officials and departments on official County business," Laws stated in a declaration submitted last year.

Laws did not return a request for comment on this story.

"What we’re seeing right now is essentially the old saying, ‘What’s good for the goose is good for the gander,’ except somehow that doesn’t apply when it comes to our Native American communities," Gallego said.