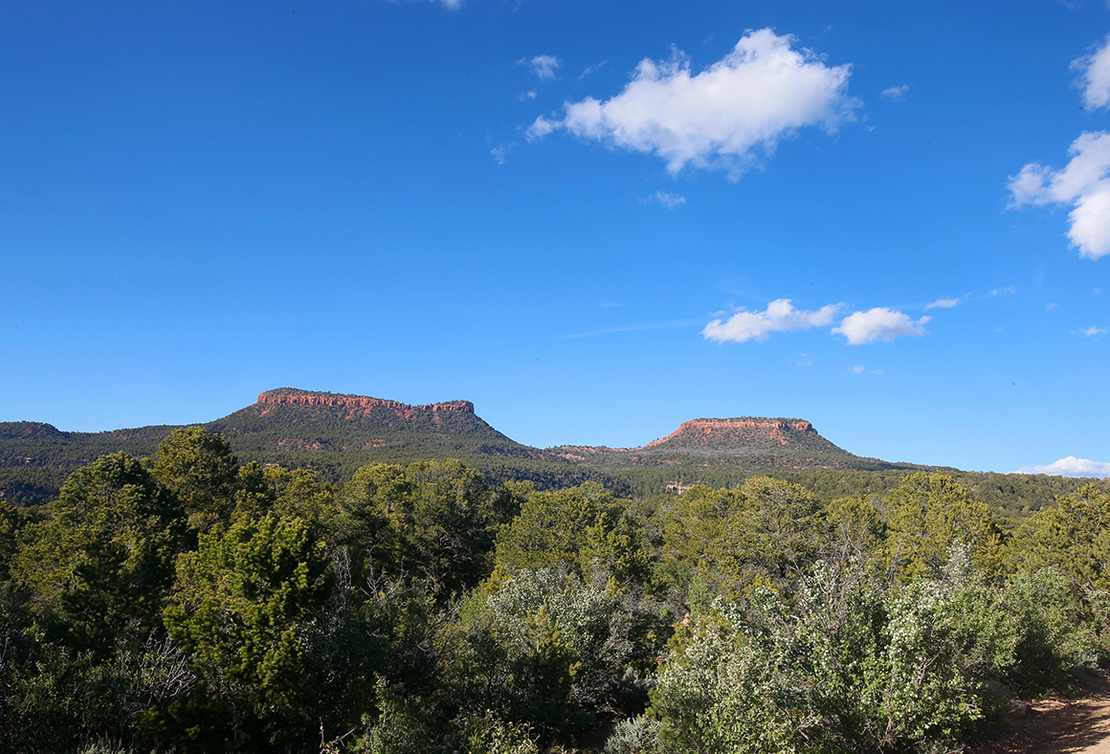 Even as Utah’s elected leaders are gearing up to file a lawsuit over the boundaries of the Bears Ears National Monument, state officials are quietly moving to accept that the site’s 1.36-million-acre footprint could be a reality.

Both the Utah School and Institutional Trust Lands Administration (SITLA) and the Interior Department confirmed to E&E News last week that work has begun on an exchange for the approximately 135,000 acres of state-owned land inside the monument’s new boundaries.

"Land exchanges with the federal government are a substantially complex process, and SITLA is in the early stages of the analysis," said SITLA’s communications director, Marla Kennedy.

Similarly, Interior spokesperson Melissa Schwartz told E&E News that the Bureau of Land Management is working with Utah’s state government, including SITLA, on a memorandum of understanding ordered by President Biden.

In an October proclamation resetting the monument’s boundaries — restoring more than 1.1 million acres excised by President Trump in late 2017 and retaining a small 11,200-acre addition — Biden directed Interior Secretary Deb Haaland to "explore" an exchange of state in-holdings "for land of approximately equal value managed by the BLM outside the boundary of the monument."

"Consolidation of lands within the monument boundary through exchange in this manner provides for the orderly management of public lands and is in the public interest," Biden wrote in the proclamation.

But Utah Gov. Spencer Cox (R) and state Attorney General Sean Reyes (R) have threatened to file a legal challenge to Biden’s actions — arguing the monument first created by President Obama in 2016 is too big and violates the law used to create it, citing a provision that offers guidance on the size of such sites (Greenwire, Dec. 6).

Congress authorized presidents to establish monuments via the Antiquities Act of 1906, which allows existing federal lands to be set aside to protect areas of cultural, scientific or historic interest. According to that law, such monuments must be the "smallest area" necessary to protect those features.

Although federal courts have long favored presidential prerogative in establishing monuments, Chief Justice John Roberts suggested earlier this year that the court should revisit the law, questioning whether its directives about size have "ceased to pose any meaningful restraint" (Greenwire, March 24).

Reyes announced last week that the state has hired the law firm Consovoy McCarthy, based in Boston and Washington, "to assist with research and analysis about potential litigation" challenging both Bears Ears and Grand Staircase-Escalante national monuments (Greenwire, Dec. 6).

Biden likewise restored cuts Trump made to the Grand Staircase-Escalante monument, located in southwest Utah, resetting it to its previous 1.9-million-acre boundaries.

Even if Utah’s state officials opt to pursue a lawsuit, it won’t necessarily halt work on a land exchange — a process that can take years to complete.

Following President Clinton’s creation of the Grand Staircase-Escalante National Monument in 1996, SITLA itself, as well as the Utah Association of Counties, pursued lawsuits over the new site (Greenwire, March 16, 2018).

But SITLA ultimately reached a settlement, negotiated by then-Interior Secretary Bruce Babbitt and then-Utah Gov. Mike Leavitt (R), which was approved by Congress in 1998. That deal paid the state $50 million and exchanged 400,000 acres of state lands for 145,000 acres of federal lands, including some of what is now Kodachrome Basin State Park (Greenwire, May 2, 2017).

Haaland highlighted that exchange in a report she issued to Biden earlier this year advising the White House on how to address the monument boundaries.

"Notably, the Grand Staircase-Escalante National Monument lands exchanged as part of the Utah School and Land Exchange Act were the key piece in finalizing a broad land exchange that also included isolated State-owned parcels within the boundaries of Indian reservations, national forests, and national parks," Haaland wrote, referring to the 1998 legislation.

In a statement to E&E News, SITLA’s Kennedy likewise emphasized the outcomes of those past land exchanges: "SITLA has a long and successful history of exchanging complex and difficult to monetize trust lands for lands with more significant potential to generate revenue for its trust beneficiaries. These exchanges largely benefit public schools and other beneficiaries and contribute to economic development in communities across the state."