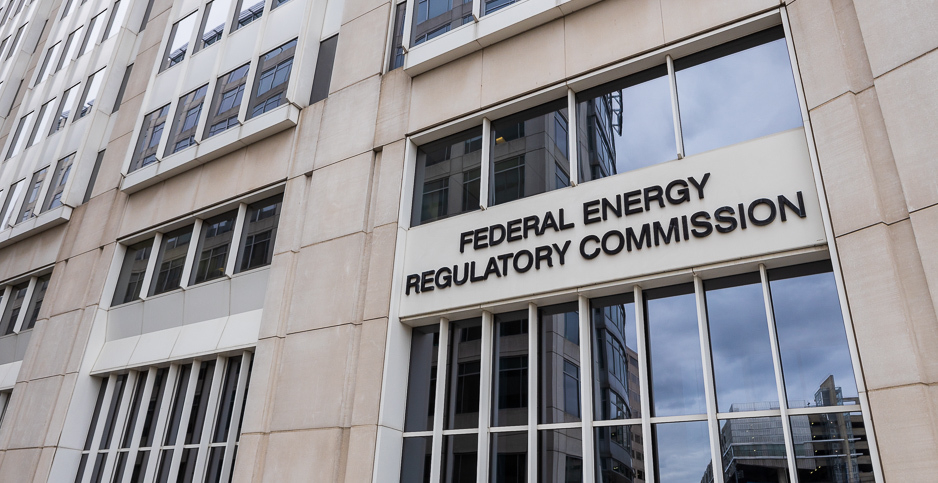 The groups, led by the National Association of Regulatory Utility Commissioners, asked the U.S. Court of Appeals for the District of Columbia Circuit to review part of a Federal Energy Regulatory Commission order allowing technologies like batteries to participate in such markets.

The "narrow but critical" issue before the court is whether FERC infringed on state authority by preventing states from broadly barring locally distributed energy storage resources from participating in the wholesale market, NARUC’s assistant general counsel, Jennifer Murphy, told the judges yesterday.

She argued that part of FERC’s Order No. 841 disregarded the division of authority under the Federal Power Act that gives the agency control over wholesale markets while reserving distribution authority for states. The challengers — a group that also includes the American Public Power Association, American Municipal Power Inc. and the Edison Electric Institute — asked the court to vacate that portion of FERC’s order.

"This case isn’t about the validity of the majority of the storage rule, but a discrete portion of the rule," Murphy said.

Three judges for the D.C. Circuit questioned what harm states had experienced as a result of the FERC order.

"We are asking for a little specificity," said Judge Judith Rogers, a Clinton appointee. "It’s a new situation, you say, and the question is, what have they lost? What do they want to do that they think the rule would bar them from doing?"

Under the order, states must undertake additional accounting measures to separate retail and wholesale practices, while ensuring they are meeting their obligations to maintain reliability and cost, Murphy replied.

Judge Robert Wilkins asked whether the issue was ripe for challenge and pointed to a friend of the court brief by several states, including California, in support of the order.

The states believed that any state law that encroached on FERC’s jurisdiction could be resolved through "amicable" coordination or through a court challenge to the state law, he said, and not, as the states put it in their brief, "hypothetically and through a blanket proclamation in a rulemaking."

"Why isn’t that the way we should resolve that?" asked Wilkins, an Obama appointee.

Murphy replied that the language of the order could inhibit states from managing their distribution systems. She said the challengers were looking for the addition of a clear "opt-out" provision to maintain the boundary between state and FERC jurisdiction.

In response to a question from Wilkins about which states are affected by the FERC rule, Murphy said Missouri had sought an "opt-out" option under the order but wouldn’t necessarily take advantage of that choice if it were available.

"They want to be able to move forward methodically, in a piecemeal fashion," she said. "And this takes away one of the tools in their toolbox."

FERC attorney Anand Viswanathan maintained that the order did not encroach on any state authority to police reliability and safety.

"What it is clarifying is states cannot extend authority over reliability to affect wholesale interstate commerce," he said. "I think the commission extensively addressed all the ways state authority was preserved."

But Stinson LLP partner Dennis Lane, also representing the utility groups, raised concerns about the effect of the order on distribution utilities and how those entities would have to respond to allow solar generators into the wholesale market.

He noted that FERC’s order prevents state commissions, city councils and boards of electric cooperatives from prohibiting energy storage resources on their distribution system from accessing the wholesale market.

Garland, a Clinton appointee, returned to the practical impacts of the order on local distributors, using a hypothetical example of a homeowner who has installed solar panels and battery storage and wants to sell excess power back into the wholesale market.

"In order to allow her to do that, isn’t the local utility going to have to make some modifications to meters in order to facilitate that?" he asked. "How is the homeowner going to get the power from her basement or batteries without facilitation from local facilities?"

Viswanathan said the order did not require utilities to build new infrastructure and it was up to them to respond as they felt appropriate to prevent being overloaded.

"The fact that there may be effects on distribution is not the same as imposing obligations on local distribution," he said. "They still have authority over terms of access."

In his closing remarks, the FERC attorney reiterated that while challengers alleged the order infringed upon their power to regulate, the order "expressly preserves that ability."

"I’m not sure that’s enough for standing purposes," Viswanathan said.