Utility braces for return to court over N.M. plant closure 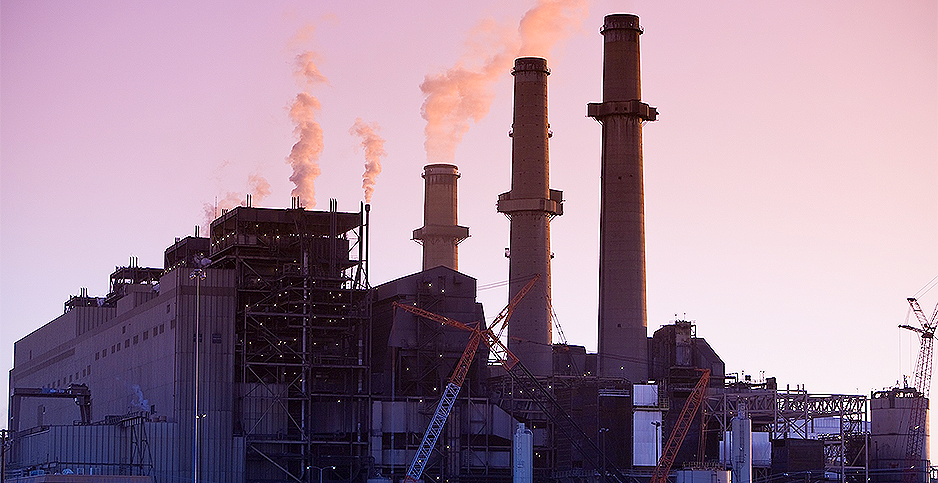 PNM Resources Inc. is undeterred in its plan to shut a coal-fired power plant in northwestern New Mexico, saying the company will go back to court if state regulators don’t follow a new energy law that includes low-interest financing that could help it recoup its investment.

The saga involves both the San Juan Generating Station, where two coal units could go offline in mid-2022, and the Energy Transition Act, which sets renewable energy goals for many of the state’s power providers and offers financing options to shift away from coal. Gov. Michelle Lujan Grisham (D) signed the bill into law earlier this year.

Public Service Co. of New Mexico, or PNM, is at the center of the drama. It is the state’s biggest electric utility and is part of Albuquerque-based PNM Resources.

The utility filed this year for the abandonment of the San Juan plant, for related financing and to seek replacement power with possible elements such as natural gas, renewables and battery storage. The New Mexico Public Regulation Commission (PRC) decided to consider the requests in two dockets, and the question of whether the new law applies to the abandonment and financing portion has lingered. The state Supreme Court recently declined to make a decision at this point in the process.

She said a docket for abandoning the plant and financing the cost through securitization was continuing along a set schedule. Securitization is the low-interest mechanism through which PNM could recover its remaining investment in San Juan. Vincent-Collawn said there would be a PRC hearing examiner recommendation and, eventually, an order.

"If the order is not consistent with the Energy Transition Act, we will take it back to the [state] Supreme Court," Vincent-Collawn said during Friday’s earnings call.

Raymond Sandoval, a spokesman for PNM, said about $283 million of the $361 million securitization — or refinancing — program would involve recovery of the company’s undepreciated investment at San Juan without profit. Other uses would include funding for decommissioning and reclamation, job training, severance and economic development, he said.

The San Juan station used to have four working coal-fired units, but two of them were taken offline in 2017. The plant’s remaining coal units have a combined 847-megawatt capacity. The facility is operated by PNM, which has the largest stake.

The company estimated that a PRC decision on abandonment and securitization could come by April of next year, with a decision on replacement power possible by October 2020. Many factors continue to swirl around PNM, San Juan and electricity in New Mexico. For one thing, politicians have discussed a potential overhaul of the PRC, which currently has five elected members. And there are questions about workers and economic development issues if the plant were to close.

Evercore ISI, in a report last week on PNM Resources, noted that a ballot measure is planned for November 2020 that could change the makeup of the commission. The financial advisory firm said the state’s governor and lawmakers "are pushing back on the PRC" and could look to remake the regulatory body’s structure.

"If the governor/lawmakers get their way, they could potentially stop the PRC from ruling on San Juan abandonment," Evercore said, while also saying that regulatory risk "regarding San Juan closure cost recovery remains an issue."

Commissioner Cynthia Hall, a Democrat on the PRC, told E&E News she expects one side or the other will appeal the San Juan abandonment case to the state Supreme Court.

"There’s a lot at stake … from both sides’ perspective," Hall said.

Although she was elected to the PRC, Hall said, she would support moving away from a popular vote to a system of appointing all commissioners. That could allow the use of a vetting process to help find candidates with the appropriate background and experience, she said.

So does Hall think the Energy Transition Act should apply to the abandonment filing on San Juan?

Vincent-Collawn said she doesn’t know what commissioners may be thinking about the Energy Transition Act’s applicability. She suggested that they’ve been waiting for all briefs to be submitted on the matter, and for a PRC hearing examiner to come out with a recommendation.

"Until then, we really don’t have line of sight … into what they’re thinking," Vincent-Collawn said.

Andrea Crane, who works for a firm tasked by the New Mexico attorney general’s office to review the case, said in filed testimony that PNM’s proposed shutdown of Units 1 and 4 at San Juan wouldn’t provide a "reasonable balance" between shareholders and ratepayers, who would be paying for an undepreciated investment at the plant while no longer seeing benefits from the assets. Crane suggested that PNM could be allowed to recover from ratepayers zero to half of the stranded costs from the units.

Mariel Nanasi, executive director of a New Mexico-based group called New Energy Economy, said she still wants the San Juan plant to close and doesn’t want securitization to be used to allow PNM to recover undepreciated investments. She predicted that PNM won’t keep the plant open, and she welcomed the prospect of a fight with the utility at the state Supreme Court.

"I just think that we’re on really good ground," said Nanasi, who has argued that some provisions of the Energy Transition Act are unconstitutional in violation of ratepayers’ due process rights. She expressed support for a potential stand-alone bill to help affected workers that would include contributions from PNM.

Some efforts remain to keep San Juan open, though Vincent-Collawn said a main reason the plant is slated to close relates to low natural gas and renewables prices. She also described carbon capture as an expensive technology that’s not proved at scale.

Yet the idea of carbon capture continues to stir some discussion on San Juan’s fate, including from PRC staff.

Two New York businessmen have discussed a future for San Juan as a coal-fueled power station with carbon capture through a company known as Enchant Energy. The plan also could include selling carbon dioxide for use in enhanced oil recovery (Energywire, July 19). Theresa Becenti-Aguilar, the chairwoman at the PRC and a Democrat, recently asked in a filing for more information from the city of Farmington, N.M., which has been working with Enchant on a possible carbon capture retrofit for the plant.

Looking ahead, Vincent-Collawn showed a slide Friday that listed more parties in support of the applicability of the Energy Transition Act to PNM’s abandonment and securitization filing than opposed in terms of those with briefs filed — though one of the opposed was the staff of the PRC.

"Groups representing the San Juan area are concerned about the funds included in our securitization filing that benefit their community — job training, severance and economic development funds," Vincent-Collawn said.

The Sierra Club, in a brief suggesting the Energy Transition Act can apply to the abandonment of San Juan, argued that even if the PRC considered a docket to be a "pending case" when the law went into effect, the act "did not affect any preexisting rights concerning abandonment."

Given all that’s going on, PNM Resources said its PNM subsidiary was pushing back a rate case filing.

"We are planning to delay the December general rate case filing to early in the second quarter of 2020," Chuck Eldred, chief financial officer of PNM Resources, said during last week’s earnings call.