Utility execs give senators ‘a lot of optimism’ 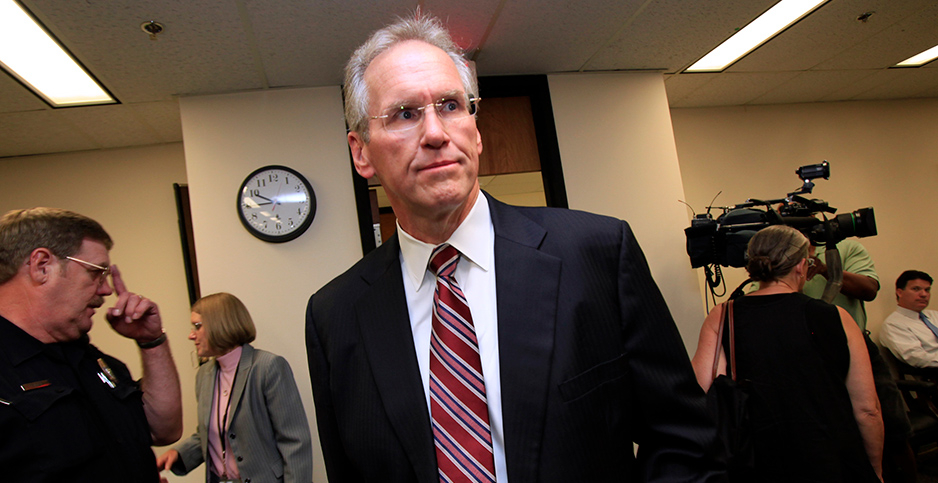 For a dose of climate policy hope, Senate Democrats are looking to utilities angling to curb their emissions.

Sen. Brian Schatz (D-Hawaii) and a handful of other Senate climate hawks huddled behind closed doors with five utility executives yesterday and came away with a few optimistic policy conclusions, namely that utilities want a consistent regulatory environment and incentives to produce more low-carbon energy.

Schatz said the conversation centered on the "technical aspects" of the clean energy transition, some of which remain problematic for utilities trying to bring more carbon-free energy on line.

"We talked pretty frankly about the equity challenges because while it’s true that clean energy, generally speaking, is cheaper than fossil energy, that’s not true in every instance, especially when you have a fully amortized fossil-generating facility, and then you have to figure out what to do about that and how it may impact ratepayers," Schatz told E&E News afterward.

"It was the least political discussion about climate that I’ve had in a very long time," he added.

The meeting yesterday illustrated which segments of corporate America Democrats will target as they build a coalition to pass ambitious climate policy, with hopes of winning back the White House, and potentially the Senate, in 2020.

Lawmakers in attendance said the utilities, first and foremost, want certainty and incentives from any broad climate policy.

That likely means some sort of price on carbon that aligns federal and state policy and, in the short term, an investment tax credit for battery storage and continued robust funding for the Department of Energy’s clean energy research.

"I think what they want is a predictable regime because they’re a utility," Schatz said. "We set the mark and they’ll hit the mark. They just need to know that the rules won’t change every two years."

The panel, chaired by Schatz, has no Republican members and no authority. It does serve, however, as a forum for some of the Senate’s most outspoken climate advocates, including Sens. Sheldon Whitehouse of Rhode Island, Ed Markey of Massachusetts and Jeff Merkley of Oregon.

One reason to start with utilities is that they are the ones executing the policy, Schatz said.

He added it’s useful to think through hurdles to renewable deployment that are sometimes glossed over by the environmental community, such as reliability challenges with more intermittent renewables on the grid.

Eric Olsen, vice president and general counsel at Great River Energy, told the lawmakers he wants to see the question of grid reliability de-politicized, according to Schatz.

The issue has occasionally taken on a contentious tone, with Republicans and the Trump administration using it as an argument to boost ailing coal and nuclear plans.

"Some of the environmental advocates want to sort of wave a wand and say, ‘Oh, you’re just being a stodgy fossil fuel defender,’" Schatz said. "But the truth is these are hard questions, and they require science and engineering and innovation and testing."

The companies that Democrats talked to yesterday have experience with those kinds of technical challenges and appear to be largely on board with cutting their emissions.

Great River Energy, a Minnesota co-op, has pledged to go 50% renewable by 2030, and the California-based PG&E got nearly 80% of its power from nuclear, renewables, and other low or zero-carbon sources in 2017, according to data the company put together on its website from its state disclosure report.

Meanwhile, Hawaii, which is supplied by Hawaiian Electric and a co-op, has set the target at 100% renewables by 2045.

And while the state overall gets a significant amount of power from petroleum-fired plants, the co-op, which provides power for the island of Kauai, says it gets 50% of its power from renewable sources right now. Schatz said that’s expected to hit 65% in the next few years.

And National Grid is aiming to reduce greenhouse gas emissions 80% below 1990 levels by 2050 in major sectors of the economy in its Northeastern coverage areas.

"Recognizing that climate change is a vital issue impacting our customers, we welcomed the opportunity to discuss it with policy makers," Ted Kresse, a spokesman for National Grid Rhode Island, said in an email.

All in all, lawmakers came out of the meeting feeling relatively chipper about the prospects for climate policy in the power sector.