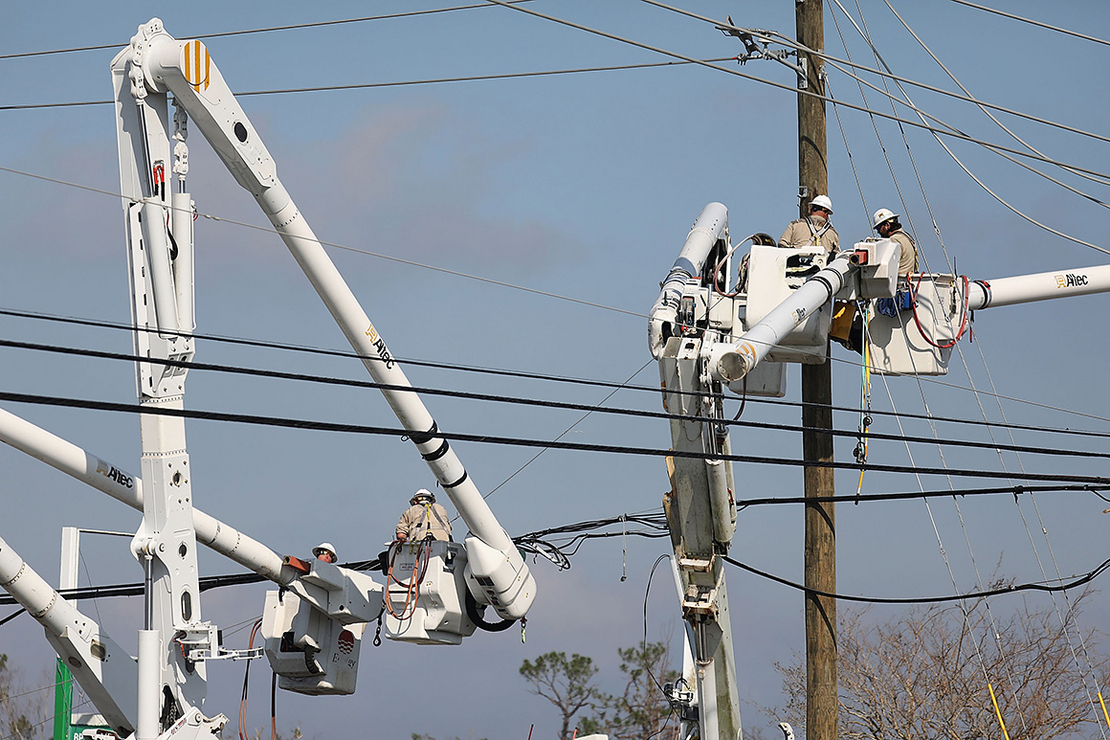 A new survey of U.S. utility leaders found that nearly 9 in 10 said reducing greenhouse gas emissions from power plants was a high or moderate priority, while only 38 percent of their companies were executing a strategy to do anything about it.

The results came from a survey of 190 executives that was released by ICF International Inc., a Fairfax, Va.-based consulting firm that advises utilities on managing clean energy goals, extreme weather threats and energy equity challenges.

The “yawning gap” between climate concerns and actions “indicates leaders know they need to do ‘something,’ but either don’t know what to do or can’t implement a strategy due to lack of capital or regulatory support,” the ICF survey report said. The executives and utilities were not named.

Few of the utilities have marshaled “the information, analysis, support, and resources” to face the challenges, ICF said.

The survey was conducted before last month’s Supreme Court ruling in West Virginia v. EPA and Sen. Joe Manchin’s statements last week in opposition to a climate bill, but it sheds light on some of the challenges utilities are facing in a transition away from fossil fuels. The stalemate at the federal level has put renewed scrutiny on what utilities, states and agencies are doing to cut greenhouse gases.

Half of the leaders surveyed came from investor-owned utilities. Some 54 percent of total respondents were associated with electric-only companies, while 46 percent were tied to power and gas companies or gas-only operations.

In addition to the 38 percent of utilities with active plans to tackle decarbonization, 32 percent of executives said their organizations were currently planning a strategy, and 29 percent said they expected to produce a strategy in the next five years.

Asked about potential barriers that could keep their organizations from hitting clean energy goals, about half said a lack of capital, and a similar percentage listed concerns that regulators would not permit rate increases that would cover the investments. Other hurdles included access to necessary technologies, cited by 42 percent of respondents.

ICF said the concerns over capital availability and cost recovery “could reflect a lack of confidence in how to move forward.”

“Utilities are moving as fast as public policy will support,” ICF senior fellow Val Jensen said in an interview. “They can’t get ahead of their regulator.”

Utilities in regions facing severe weather threats have to spread investment dollars between hardening their systems and transitioning to cleaner power, while maintaining stable networks and keeping costs within regulators’ limits, he said.

“There’s a natural concern about the affordability of this,” he said.

“I believe that will change in time,” he added.

The Edison Electric Institute currently lists nearly two-thirds of its 61 U.S. investor-owned members — many owning multiple utilities — with goals to eliminate carbon emissions or achieve 100 percent renewable energy. Thirty-one of the companies aim to hit those targets between 2045 and 2050 — at least 10 years beyond President Joe Biden’s goal for achieving a carbon-free U.S. grid.

Whether U.S. utilities can match that pace in the next decade is filled with uncertainties.

BloombergNEF reported 17.6 gigawatts of new offshore Atlantic wind projects in development, most of it scheduled to come online after 2025. That would be a 13 percent increase in wind power capacity over the U.S. total in 2021, according to the Energy Information Administration.

But a recent analysis of one major U.S. region — the Southeast — concluded that the rate of utilities’ carbon reduction is going to slow down. That prediction last month by the Southern Alliance for Clean Energy, based on utility’s investment and operating outlooks, concluded carbon emissions gains from utilities’ fuel switching from coal to natural gas would not be sustained in the future.

“Scenarios with deep carbon reductions often require accelerating the addition of renewable energy and battery storage capacities. Some also considered technologies that are not yet cost-effective, like long duration storage, small modular nuclear, or carbon capture technology,” the ScottMadden report said. “Each option carries its own set of risks.”