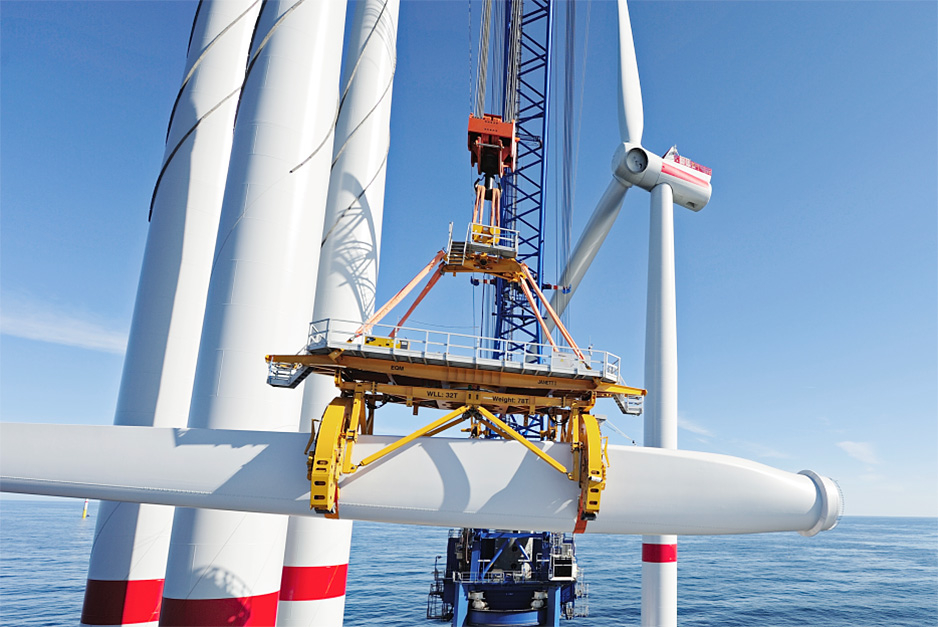 The Biden administration’s blockbuster offshore wind sale earlier this year has one of the industry’s key players eyeing an exit while the market is hot.

CEO Joe Nolan of the New England gas and electric provider Eversource Energy said the company would do a “fulsome review” of its offshore wind business this year, considering a divestment of its 50 percent stake in offshore wind projects with Ørsted A/S, the Danish offshore wind giant leading the growth of the U.S. industry.

That partnership includes the second full-scale offshore wind development to reach construction in the U.S. — the South Fork project off the coast of Rhode Island that is slated to send power to communities on Long Island, N.Y.

Eversource’s potential exit reflects the ongoing ripple effects of the record-shattering $4 billion sale off the coasts of New York and New Jersey in February, a high point for the wind-focused Biden administration.

“In light of the record-setting prices in the recent federal lease auction for tracts around the New York Bight and an evolving landscape, we are conducting a fulsome review of our interest in the joint venture,” Nolan said in a statement last week, prior to the company’s reported earnings.

Nolan said in a follow-up call with investors that the sale had proved the current value of Eversource’s offshore wind assets in the market and moved up consideration of cashing out to redirect funds into other areas of its business. The company has planned some $18 billion in improvements to its gas, electric and waters systems by 2026, which the sale of its offshore wind could help support.

Goldman Sachs Group Inc. and Ropes & Gray LLP are helping the company with the review.

The potential shuffling of players is not new to the U.S. offshore wind sector, where leases and projects have at times changed hands as projects get closer to construction.

Additionally, in 2020, BP PLC bought into the sector by spending $1.1 billion for a 50 percent stake in Equinor ASA’s North American offshore wind assets.

Ørsted CEO David Hardy said in an emailed statement Friday that Ørsted would be engaged in Eversource’s review and the two companies would continue to work on their joint projects in the interim.

“Eversource has been a valuable local partner for us as we’ve grown our business and successfully advanced our vision in the U.S. market, which has expanded, matured and appreciated since Eversource partnered with us in 2016,” he said.

“The New York Bight auction results validate this trend and demonstrate the opportunities ahead for the U.S. market,” he said.