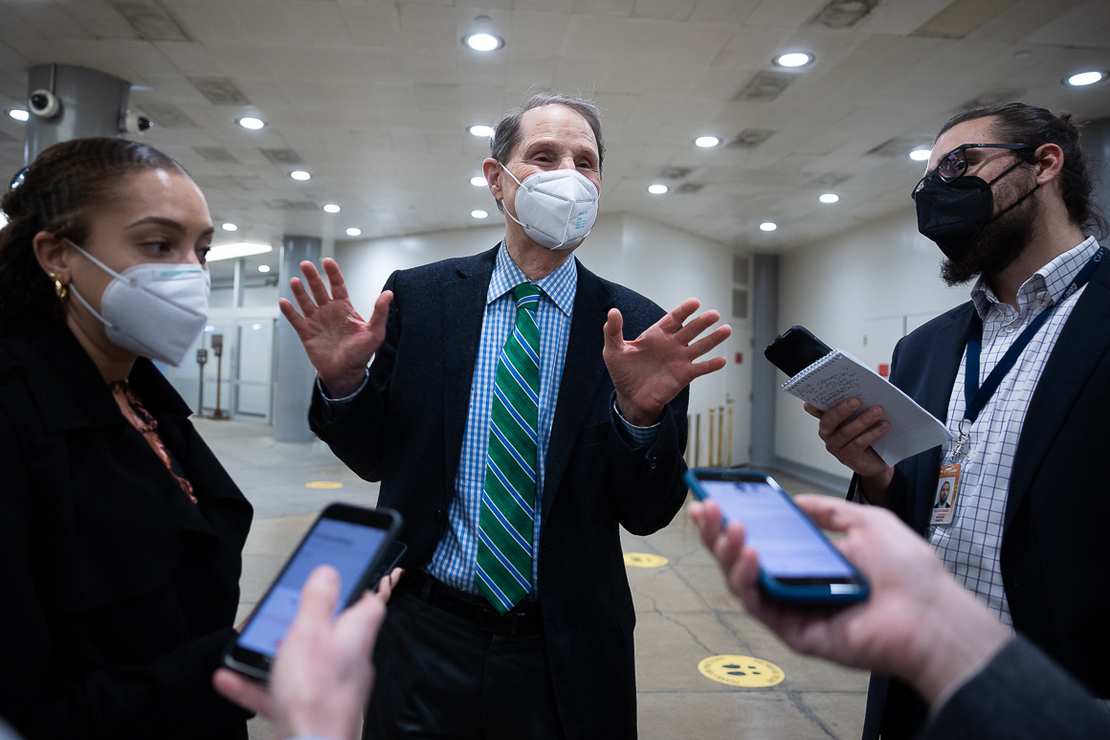 Climate provisions in the Democrats’ stalled reconciliation bill got a big endorsement yesterday when the nation’s investor-owned utility trade group urged lawmakers to not abandon work on the package just yet.

The Edison Electric Institute issued a statement yesterday that said its members backed the more than $325 billion in tax credits proposed by Democrats included in the package as an important driver to help the electric sector more quickly transition to a low-carbon generation future.

“We strongly believe that we can accelerate to a cleaner energy future faster if the right tax policies are in place, allowing electric companies to achieve even deeper carbon reductions while preserving electric reliability and affordability for the customers and communities they serve,” EEI President Tom Kuhn said in the statement.

Investor utilities provide power to approximately 70 percent of the county and represent a significant industry lobby on Capitol Hill. The group’s statement is another positive development for the $550 billion climate portion of the reconciliation package amid continued uncertainty over the larger, $1.7 trillion bill.

According to its statement, EEI said the technology-neutral approach of the clean energy tax credits, including renewable, nuclear, hydrogen and electric vehicles, would enable utilities “to make choices about what technologies they deploy, while balancing reliability and resilience.”

In announcing his opposition to the bill in December, Sen. Joe Manchin (D-W.Va.) cited reliability as a major concern, saying the bill would "increase our dependence on foreign supply chains” (Climatewire, Dec. 20, 2021).

But earlier this week, Manchin, who chairs the Senate Energy and Natural Resources Committee, told reporters that the climate provision negotiations are "much easier than anything else," though he did not go into specifics (Greenwire, Jan. 4).

Unlike the social programs Manchin has raised objections to in recent weeks, the climate programs are fully paid for and extend for 10 years. The clean energy tax incentives are also the types of policies Manchin has supported in the past, despite his quibbles with the methane fee and a new credit for union-built EVs.

But for now, there are no active discussions among Senate Democrats about breaking out the climate portions and passing them as a separate party-line reconciliation package. Several shot down the idea yesterday, and publicly, they remain committed to tying their social safety net and climate agenda together into a single package.

"I think it’s clear we’re focused on ‘Build Back Better’ and a path to 50. That’s what this is all about," Senate Finance Chair Ron Wyden (D-Ore.) said yesterday when asked about the possibility of a separate climate package.

Wyden added that conversations about how to revamp the full $1.7 trillion package have continued since Manchin spelled out his opposition before the holiday recess.

"I’m not talking about any stripped-down package," Wyden told reporters. "I’m talking about ‘Build Back Better’ and the commitments that we made."

Still, Democrats have essentially been left to wait on potential talks among Manchin, the White House and Senate Majority Leader Chuck Schumer (D-N.Y.).

Schumer has also put voting rights and overhauling filibuster rules on the front burner, promising action on those issues by Jan. 17, meaning votes and significant action on "Build Back Better" will have to wait until later this month, at the least.

"I think it’s understandable that there needs to be a bit of a cooling-off period after Sen. Manchin’s announcements," Sen. Chris Murphy (D-Conn.) told reporters yesterday. "But I think he’s sincere about finding a path to supporting some significant piece of the president’s proposal."