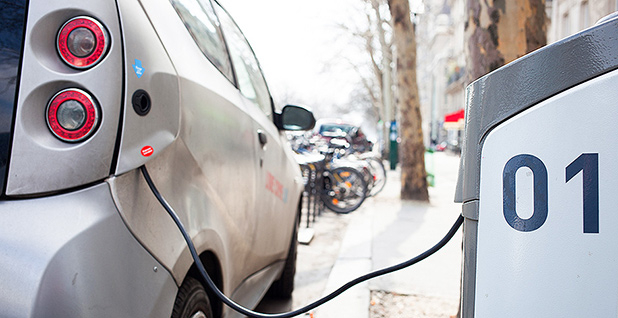 Automakers have laid out grand plans to convert fleets to electric. But in most states, the number of electric vehicles actually on the road are in the low ten thousands. Hakan Dahlstrom/Flickr

PORTLAND, Ore. — Utility regulators face a host of difficulties as they pave the way for electric vehicles, including skeptical lawmakers, hostile consumer advocates and a technology landscape that’s moving way too fast.

That was the conclusion of regulatory commissioners from Michigan, Oregon, Maryland and Ohio who spoke yesterday at the Roadmap conference, an EV technology and policy gathering here.

EVs have thrust utility regulators into a new and awkward role. Not experts in transportation, they nonetheless control the purse strings as utilities prepare to spend billions of dollars to build out a charging network for millions of electric vehicles that don’t yet exist.

"We have an understanding that EVs are coming and that if we don’t act as a partner ensuring that the proper infrastructure is deployed, then we could find ourselves in a very bizarre gap situation where these cars are being produced but there’s not enough charging stations," said Asim Haque, chairman of the Ohio Public Utilities Commission.

Automakers have laid out grand plans to convert fleets to electric. But in most states, the number of EVs actually on the road number in the low ten thousands.

In the absence of actual data or customers, commissioners are working through consequential decisions: Where should utilities build charging stations? Who owns the chargers? How do utilities and electricity customers get a payback?

"This is not something that commissioners have dealt with before. It’s something very new and a very bold step," said Maryland Public Service Commission Chairman Kevin Hughes, who drives to meetings in a Chevy Volt.

In three of the four states represented on the panel — Maryland, Michigan and Ohio — regulators are somewhat isolated, since they are making plans without marching orders from their state legislatures.

The Ohio Legislature has twice tried to gut the renewable energy standard — 12.5 percent renewable energy by 2027. Those efforts were rebuffed by the governor, John Kasich, who also appointed Haque.

In Oregon, the regulator is working on a mandate from a 2016 law that required electrification to be built out.

Nonetheless, the Oregon Public Utility Commission had to drive two recent, $8 million approvals for charging infrastructure through a loophole. It labeled them "pilot projects," since the commission couldn’t prove, as it must, that it was approving the least-expensive option, according to Oregon PUC Commissioner Megan Decker.

Maryland’s EV plan is supported by the governor but not explicitly by lawmakers. The executive target is 300,000 zero-emission vehicles by 2025, up from 10,000 now.

The state’s Public Service Commission is considering fulfilling the goal through a proceeding called PC44. It is weighing spending almost $105 million to build 24,000 new EV charging stations (Energywire, May 21).

Incentives are a tax exemption and a charging-equipment rebate, both of which are funded from proceeds from the Regional Greenhouse Gas Initiative, which assesses fees on large carbon emitters, Hughes said.

In Michigan, a principal utility, Consumers Energy Co., is proposing to spend $7.5 million to build hundreds of charging stations, according to the Detroit Free Press.

The commissioners in Michigan and Maryland said their efforts are turning up results because they brought in dozens of stakeholders early in the process, including automakers, consumer advocates, environmental groups and EV-charging companies.

"In the EV world, those parties don’t know what to argue yet," Haque said.

A looming head-scratcher for regulators is automated cars, which are widely expected but are not yet even street legal.

"The complexities of the issue get magnified," said Norman Saari, a member of the Michigan Public Service Commission. His state has moved aggressively to be a testing ground for self-driving cars.

How utility commissioners will deal with emerging issues of how to approve utilities to charge cars that don’t have drivers is unknown.

"Boy, oh, boy," said Haque. "I choose to cordon this off in my mind and not deal with it."

Correction: An earlier version of this story misstated the state of a Maryland’s Public Service Commission proposal to incentivize electric vehicles.