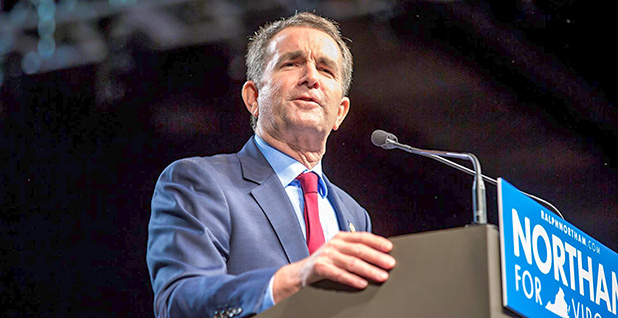 Now, Virginia’s participation in RGGI will have to wait at least a year, if not longer.

Ofirah Yheskel, a spokeswoman for the governor, said the language in this year’s budget does not restrict the governor when he proposes a new budget to the Legislature in 2020. And she said work on other efforts to address climate change would continue, including the development of a rule to reduce methane emissions, a regional cap-and-trade program for the transportation sector and efforts to address sea-level rise.

"On 5/16/17, I signed Executive Directive 11, paving the way for VA to be 1st southern state to join the Regional Greenhouse Gas Initiative," McAuliffe wrote in a tweet posted hours prior to Northam’s announcement. "The GOP has snuck language into VA budget to reverse that historic action. This attack on the environment must be stopped."

The decision threatened to expand a gulf between Northam and environmentalists. Many greens criticized Northam’s decision to remove two members of the state Air Pollution Control Board after it delayed a vote last year on Dominion Energy Inc.’s permit for a compressor station along a proposed natural gas pipeline. And many called on him to resign over the racist photo in his medical school yearbook.

Republican lawmakers, for their part, hailed the decision, saying it represented an acknowledgement of the constitutional limits of Northam’s office.

And where emissions from power plants in RGGI states decreased in recent years, Virginia’s power plants have pumped out more CO2. The 33.6 million tons of carbon posted in 2016 marked a 33% increase over 2012 and the fourth consecutive year of rising emissions, according to the most recent U.S. Energy Information Administration data. A series of old coal and natural gas plants have since been retired.

Dominion Energy, the state’s largest utility and a powerful political force in Richmond, adopted a quiet public posture on the proposal but opposed it in regulatory filings with the state.