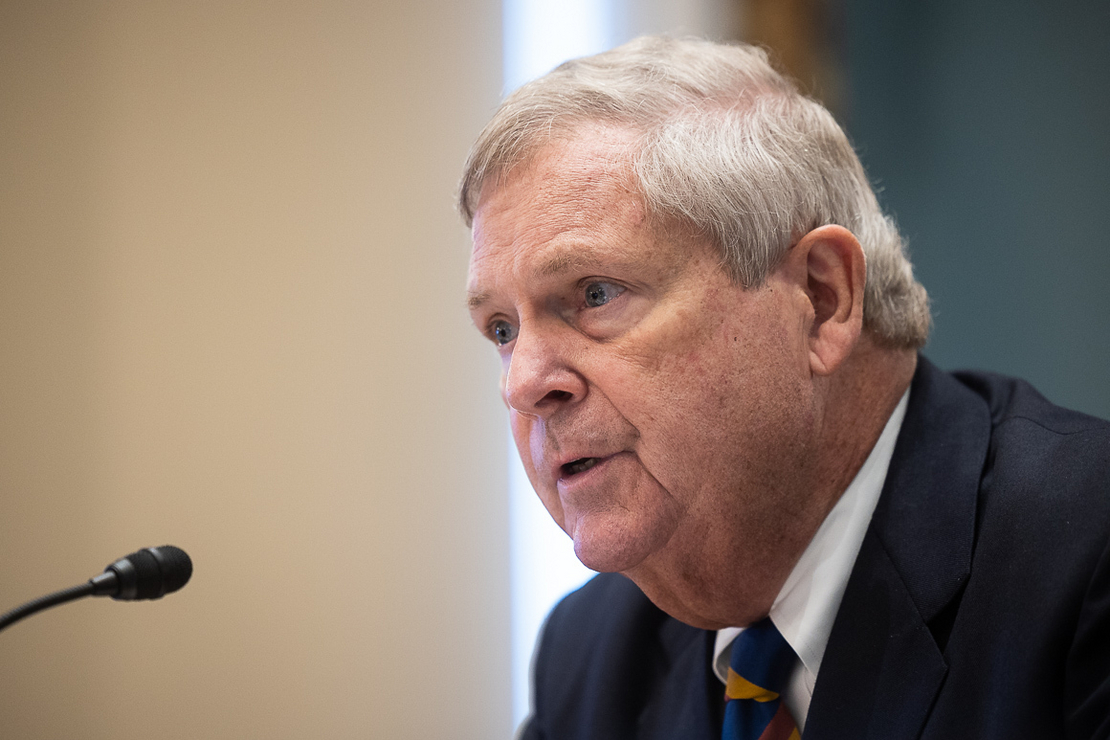 Speaking to agriculture reporters yesterday, Vilsack said he sees a “keen interest” so far in the program, which will award grants for projects that measure greenhouse gas impacts from various practices in farming, forestry, and food processing and distribution.

The Agriculture Department recently extended the deadline for a first round of applications in the “climate smart commodity” program to May 6. And while officials haven’t seen the applications yet, Vilsack said his interactions with agriculture groups suggest demand will exceed the $1 billion that USDA set aside for the program.

“We’ll see where the applications take us,” Vilsack told the North American Agricultural Journalists at its annual meeting, addressing the group remotely from North Carolina, where he was visiting with EPA Administrator Michael Regan.

While interest in the program appears to be intense, Vilsack said, several details remain to be hashed out. The department’s reliance on the Commodity Credit Corp. to fund the program has raised objections from some Republican lawmakers, and officials haven’t decided what they’ll do with the information they glean from the experiments — such as a new “climate smart” labeling program or other initiative.

Vilsack said there’s a possibility that USDA could fund additional applications without the CCC, which was created in the 1930s to help sustain crop prices during economic downturns for farmers. The agency’s mission still entails buying excess commodities as part of the farm safety net — a function congressional Republicans say they don’t want to see eroded.

“There may be a number of different ways in which we can respond to applications beyond the CCC,” Vilsack said, although he added that it would be “premature” to say whether the Biden administration would seek additional funding beyond the $1 billion.

Other ideas might include grants through the National Institute of Food and Agriculture, or through traditional conservation programs, Vilsack added.

Groups representing dairy farmers and forest owners have told E&E News in recent weeks that they intend to submit applications. And while individual farmers generally aren’t eligible, entities and organizations that include farms could be, as are local governments and colleges.

Agriculture Undersecretary for Farm Production and Conservation Robert Bonnie told reporters the department wants applications that are “broadly reflective of agriculture” and that can help fill gaps in data at USDA. Often, he said, information on livestock and conservation is years old, and data on soil health has shortcomings, as well, that could be improved with the program.

Agriculture contributes around 10 percent of U.S. greenhouse gas emissions, according to the federal government, with much of that tied to livestock and to intensive cropping that includes tilling the soil. But farming also has potential to absorb and hold carbon through certain soil practices, and to reduce emissions through manure management and adjustments to cattle feed.

Bonnie brushed off skepticism from the organic food industry that a “climate smart” label on groceries might compete with USDA’s certified organic label — which itself implies climate-smart practices.

The department hasn’t decided on specifics of a future program, which could also boost climate-smart marketing through cost-share arrangements and other ideas, Bonnie said. “It needs to be a conversation,” he said.

Vilsack spoke to reporters between stops in a two-day visit to North Carolina, where he was still nursing a leftover cough from a bout with Covid-19 early this month. He and Regan touted water-related projects funded through last year’s infrastructure package, and they took part in a roundtable discussion Monday with state Agriculture Commissioner Steve Troxler.

Vilsack is also set to appear, remotely, before House appropriators this week to make the case for his department’s budget request for fiscal 2023. Among other priorities, he said he’ll press for increased staffing at USDA, particularly in rural development programs that are making use of the infrastructure funds.

“The reality is we are short-handed,” Vilsack said.