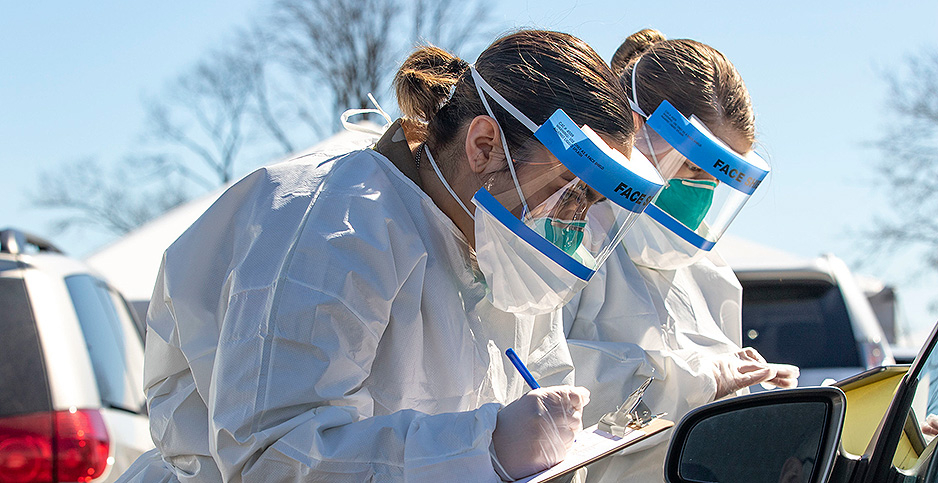 Health professionals, virologists and meteorologists said this week that more research is needed before they can determine how future climate conditions could influence the path of future COVID-19 outbreaks.

But the scientists — who gathered for an online forum that ended yesterday — said they’ve unearthed a few clues. The three-day assembly was convened by the World Meteorological Organization and the American Geophysical Union.

"We need to clearly understand the relationship between climate change, air pollution and COVID-19," said Li Tiantian, a scientist at China’s National Institute of Environmental Health. "The relationship is still unclear, and more study is needed."

Li said early studies conducted in China, where the global outbreak began, have failed to reach a conclusion. She acknowledged that, for other viruses, scientists have found clear links between climate, air pollution and the communicable disease spread. But evidence linking climate conditions and the COVID-19 pandemic has eluded researchers.

"Generally, there is a certain contradiction in the existing evidence," she said.

Disease experts know that temperature and humidity can influence the spread of diseases. Influenza and a family of common coronaviruses that cause mild colds tend to be seasonal as colder, drier air in winter facilitates spread. Hotter, more humid air affects these viruses’ survivability, though it is unknown why.

Some theorize that COVID-19 will eventually show similar seasonal patterns, and that the rate of transmission could taper as rising global temperatures shorten the length of winters.

But much is still unknown, as the COVID-19 pandemic hasn’t been observed in all the seasons of a year.

"It’s really, I would say, too early to tell how climate may give us insights into year-to-year transmission or even some seasonal transmission just because the data are only really six months into, maybe eight months now into this pandemic," said Madeleine Thomson with the United Kingdom health research foundation Wellcome Trust. "We don’t have a full year’s cycle of data as yet."

Thomson investigates how climate change affects the spread of influenza. She told participants this week that there is a link between the strength by which the flu can spread and seasonal temperatures and relative humidity. Common cold viruses display similar seasonality.

She and other researchers agreed that an early assumption held that COVID-19 might behave the same say. But a surge in infections this summer has cast doubt on those assumptions.

Jeffrey Shaman, a professor at the Columbia University Mailman School of Public Health, agreed it’s too early to detect climatological or any seasonal changes linked with COVID-19.

He theorized that one likely explanation is the virus is simply too new for the human population to have developed a sufficient level of immunity against it. Thus the virus spreads rapidly and easily regardless of climate conditions.

Shaman said that over time — should COVID-19 become endemic — it may display seasonal recurrence similar to the flu. But the precise manner in which climate conditions affect the survivability of the virus remains a mystery.

"We are left with this possibility that given the endemic coronaviruses have this same seasonality as influenza, then perhaps they are similarly modulated by humidity conditions in the environment," said Shaman. "I think it’s fairly safe to say that at this point, that is not the case [for COVID-19] and that the gross lack of immunity in the population, or at least sufficient lack of immunity in the population, has allowed this virus to still transmit at this time."

Since the start of the COVID-19 pandemic, hundreds of research papers have been written on the virus, and dozens more appear each week.

One team of researchers assessed the medical literature exploring links between the virus and climate. AJ Smit, a professor at the University of the Western Cape in South Africa, said they weren’t impressed.

Smit criticized the studies they found, describing much of the research as contradictory. While some studies argued that hotter and more humid conditions may inhibit COVID-19’s spread, he said, other studies reached the opposite conclusion.

The COVID-19 pandemic has "resulted in a flurry of papers," he added. "Most of them were rushed, and they were of quite poor quality mostly. And the data is also fairly incomplete."

Smit urged health experts to tighten up their research and more carefully collect and present evidence on the links that might exist between COVID-19 and climate. He complained that some 90% of the papers his team reviewed were unusable.

Thomson at the Wellcome Trust said uncovering the connection between climate conditions and the virus could be the key to tackling the pandemic.

"Any work that we’re seeking to do on climate and COVID really must help us understand the mechanisms for disease transmission [and] give us an idea if there’s a spatial component to the risks that we see and whether or not there’s a seasonal pattern to the disease," she said.

The COVID-19 virus has killed at least 700,000 people globally and more than 158,000 in the United States, according to the Johns Hopkins University School of Medicine.