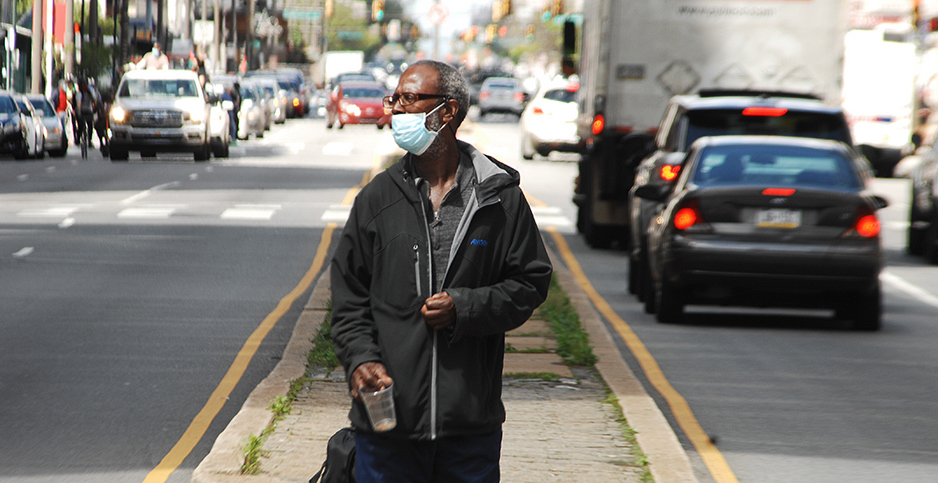 Houston, we have a problem.

Summer heat is here just as COVID-19 and a tanking economy force thousands of Texans into unemployment and threaten to swell the state’s homeless population to heights not seen in a decade.

State and national experts say the coronavirus pandemic has become a force multiplier for both the number and condition of homeless people across the country. Climate change impacts will deepen their plight.

In Texas, officials estimate that 25,000 people are homeless, a figure that rises and falls with changing social, political, environmental and economic conditions.

No one knows how many more homeless will sleep in shelters and on sidewalks in Texas cities a year from now, but early projections are in the tens of thousands based on joblessness alone. If the state experiences a hurricane, prolonged heat wave or massive flooding event, that number could swell by thousands more.

"An extreme weather event will affect [the homeless] in a much more impactful way than the population at large, and this year is going to be even worse with COVID-19," said Eric Samuels, executive director of the Texas Homeless Network, a statewide advocacy organization.

President Trump has speculated that the coronavirus will wither in the heat. But scientists say such claims are speculative and that COVID-19 may be able to mutate and adapt to warmer conditions. "We’re going to have to find other ways to help these people stay healthy during the summer months," Samuels said.

A recent nationwide study from the University of Pennsylvania projected that at a 40% national infection rate, more than 21,000 homeless people will be hospitalized with COVID-19 symptoms and more than 3,400 will die, a figure two to three times higher than the general population.

Cities feeling the effects of climate changes will be affected disproportionately from sea-level rise and storm surge along the Atlantic and Gulf coasts, and by extreme heat and drought in the South, Midwest and West.

Emergency shelters and cooling centers in cities stand to operate at low capacity, and some could be shuttered to stem the spread of the coronavirus. That already happened in Dallas last month when the virus infected more than 40 people in a downtown shelter and led to a temporary closing of the facility, which feeds and houses up to 700 people a day.

Phoenix, which saw five consecutive days of heat warnings last week, is expected to climb to 109 degrees Fahrenheit this week before dropping below triple digits on Monday, according to the National Weather Service. The city’s homeless population, estimated at 26,000, will be disproportionately affected and will have fewer options to escape the heat, officials say.

"It’s pretty clear we can’t rely on the strategies we’ve used in the past," said Samuels of the Texas Homeless Network.

Climate change risk has particular resonance in Houston, where Hurricane Harvey flooded one-third of the city in 2017 and pushed nearly 40,000 people out of their homes. Homelessness increased 15% in the months following the storm.

Then as now, some of Houston’s poorest found refuge in shelters, while thousands more occupied flood-damaged homes or sought refuge in outdoor encampments known as tent cities.

This year is even more perilous, experts say, as heat stress — the leading cause of death among homeless people — combines with COVID-19 to put tens of thousands more people in peril.

Southwestern cities like Los Angeles, Phoenix and Las Vegas — which have some of the nation’s largest homeless populations — may feel the highest temperatures. But low-lying coastal cities like Houston will contend with COVID-19 and multiple climate variables without the safety net of government agencies and nonprofits that are hamstrung by the pandemic.

"In short, homeless people are more vulnerable to environmental conditions, including heat and storms," said Bobby Watts, CEO of the National Health Care for the Homeless Council, based in Nashville, Tenn. "They are also more likely to be exposed to coronavirus."

Watts noted that extreme precipitation and flooding, both associated with climate change, can be "the worst enemy of people living in the streets" because wet clothing increases the odds of contracting a wide variety of illnesses and can cause death among people whose life expectancies are already shortened due to preexisting conditions.

Houston Mayor Sylvester Turner said last week that his administration would pursue a comprehensive plan "to prevent people from dying on our streets or in our shelters."

That effort will draw on nonprofit partners, but the city has also consulted with federal health and housing authorities to build a risk reduction plan based on prevention, emergency response and recovery.

Among the recommendations from the Centers for Disease Control and Prevention and the Department of Housing and Urban Development is that individuals in homeless encampments space tents and other temporary shelters at least 12 feet apart.

CDC also discourages law enforcement agencies from breaking up encampments, since dispersal of homeless people can increase virus exposures and create additional risk from a lack of wash stations and toilets often provided to tent cities.

Marc Eichenbaum, special assistant for homeless initiatives to Houston’s mayor, said in an interview that the coronavirus crisis is compounding efforts to prepare for future natural disasters because first responders, shelter operators and other essential service providers are already extended beyond their normal capacity.

In some ways, the pandemic "trumps a hurricane," he said, because officials and disaster experts cannot predict when the coronavirus emergency will be over or how many homeless people, many of whom are already sick, will succumb to the virus. "Harvey was a sprint; this is a marathon," Eichenbaum said.

The crisis has also created challenges in how to prioritize emergency response efforts between climate and public health emergencies. During natural disasters, first responders give priority to those who are exposed to harsh outdoor conditions. During a pandemic, the same agencies are focused on people living in emergency shelters due to the risk of transmission through close contact.

"One question we’re asking is: ‘How do you create mass disaster recovery shelters for a hurricane when you’re limited in size and scope by the need for social distancing?’" Eichenbaum said.

Over the long term, the pandemic could undermine gains Houston has made in moving homeless people off the street, mostly through investment in permanent housing and "wraparound" support services to address their mental, physical and behavioral needs. As a result, Houston has more than halved its homeless population since 2011, from 8,500 people to roughly 4,000.

Eichenbaum said the coronavirus could erase all of that progress.

"This thing is like a tsunami that hasn’t hit us yet," he said. "It is looming over us right now, but after it’s over, there will be tens of thousands of Houstonians who will find themselves homeless because of the economic impacts of COVID-19. And even when the immediate threat fades, it will still be out there simmering."