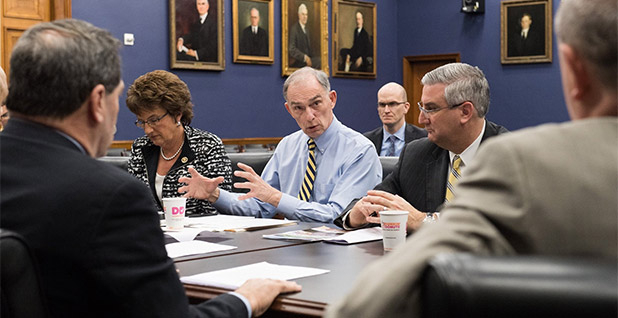 Indiana Democratic Rep. Peter Visclosky, a senior appropriator, announced today he won’t run for reelection next year, a move likely to add to a reshuffling of the spending panel’s leaders in 2021.

Visclosky’s departure will open up the top Democratic slot on the House Defense Appropriations Subcommittee, a panel that controls half of all federal spending.

Under committee rules, the slot is awarded based on seniority, and next in line would be Rep. Betty McCollum (D-Minn.), who currently chairs the Interior-EPA subcommittee.

McCollum in a statement praised Visclosky for his "outstanding leadership" but did not address whether she would change subcommittee chairmanships next Congress.

If McCollum were to move, next in line for the Interior-EPA post, based on subcommittee seniority, would be Maine Democrat Chellie Pingree.

Already, the Appropriations Committee is facing big changes next year. Chairwoman Nita Lowey (D-N.Y.) announced earlier this year she would not run again. Jockeying to replace her in the top spot is only beginning.

Visclosky, 70, first elected in 1985, did not offer a specific reason for retiring but said in a statement: "For those who wish to serve our next generation of citizens, I would encourage each to apprise us of your vision for our area and the priorities you will dedicate your attention to at the national level. Be for something and not against someone."

The northwestern Indiana district, based in Gary, is seen as likely to stay in Democratic hands. Visclosky may have opted to retire rather than face an expected primary challenge from Hammond Mayor Thomas McDermott.

Visclosky, a low-key appropriator, has been a leader of the House Steel Caucus and has long sought to protect the domestic steel industry.