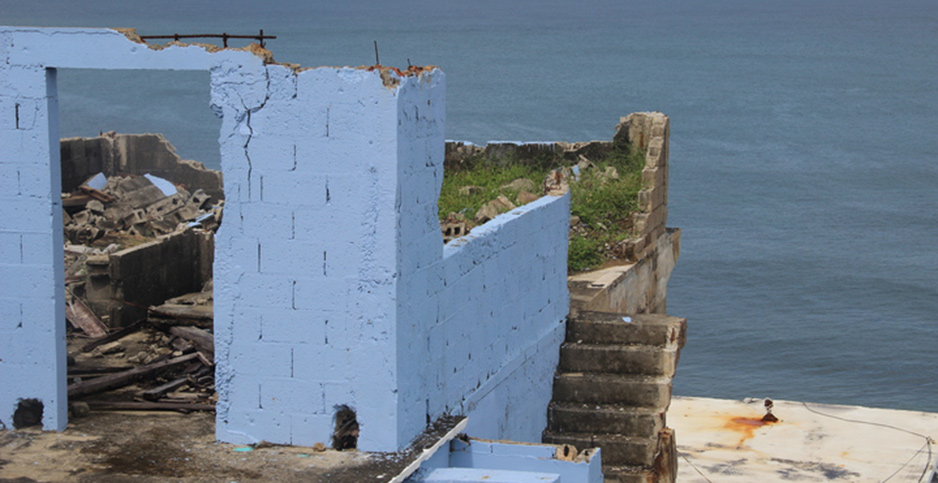 Officials continue to strategize about how to rebuild Puerto Rico's power grid, more than three months after a hurricane hit the island. Arianna Skibell/E&E News

The search for consensus on transforming Puerto Rico’s battered power grid is underway, but with far to go and many long-standing issues to overcome.

Today, the Puerto Rico Electric Power Authority (PREPA) will submit a draft budget plan to the Financial Oversight and Management Board (FOMB), created by Congress following the commonwealth’s bankruptcy. That plan is the most recent look at the utility’s vision of how to build a stronger, more advanced grid that could lower the island’s punishingly high electricity rates and reduce the vulnerability of its power lines to massive storms like Hurricane Maria.

It may also reveal the future role that Puerto Rico Gov. Ricardo Rosselló and PREPA’s leadership see for the utility, a long-standing monopoly where politics was a dominant factor in management.

The Department of Energy has also stepped into the picture to help coordinate planning for the island’s grid upgrade, assigning Bruce Walker, assistant secretary for DOE’s Office of Electricity Delivery and Energy Reliability, to lead that effort.

DOE held a daylong workshop at its headquarters this month on strategies for upgrading PREPA’s system, including a big expansion of solar power units, construction of an import terminal for liquefied natural gas and the location of microgrids to support essential public services following a blackout (Energywire, Dec. 8).

And PREPA’s board has formed a Transformation Advisory Council to guide it on transformation strategies. Its co-chairs are David Owens, retired executive vice president of the Edison Electric Institute, and Cris Eugster, chief operating officer of CPS Energy in San Antonio. Owens was a key liaison between the power industry and the federal government in the recovery efforts following Superstorm Sandy.

The council said in a statement that its first activity will be to respond to the PREPA fiscal plan due tomorrow.

There are many people around the table now in the debate about a transformation of PREPA, said Julia Hamm, chief executive of the Smart Electric Power Alliance, a member of both the council and Cuomo’s working group.

"One of the highest priorities is for all of the relevant stakeholders to agree on a common vision," she said, so that an explicit road map emerges that can win congressional funding support.

"DOE will certainly have a critical role. The expertise that DOE has, particularly with the national labs, will be extremely valuable," Hamm said. "DOE is one of the parties that is most able to step outside, isolate themselves from much of the politics, and act as a neutral party."

Federal funding is also critical, she said, to jump-start transformational work on Puerto Rico’s grid and get "back to a place where it can be an attractive target for private capital."

Two questions are yet to be answered, Hamm noted: What will the mix of energy resources be? And what will PREPA look like in the future? "Both of those things need to happen in a coordination with PREPA, the Puerto Rico Energy Commission, the utility’s regulator, the governor, the FOMB and other island stakeholders," she said.

But tensions remain high, and communication is poor among the energy commission and the utility, the oversight board and Puerto Rican government agencies charged with tackling the island’s fiscal challenges.

José Román Morales, the commission’s acting chairman, detailed his views in a letter this month to Sens. Lisa Murkowski (R-Alaska) and Maria Cantwell (D-Wash.), responding to questions from Senate Energy and Natural Resources Committee members. Murkowski is the committee’s chairwoman, and Cantwell is its ranking member.

"The utility must demonstrate a culture that accepts the presence and decisions of the independent regulator," he said. "[I]gnoring commission rules and orders, and insisting that the commission disregard its statutory duties — all of which PREPA has done — reflects a culture unprepared to accept the need for regulation. The Commonwealth had 70 years of an unregulated monopoly, literally."

Currently, there are multiple "chefs in the same kitchen," he said.

"At least four governmental entities are claiming some legal authority to address PREPA’s performance: the Commission, the Governor, [the Puerto Rico Fiscal Agency and Financial Advisory Authority], and FOMB," Román Morales said. The federal court overseeing Puerto Rico’s bankruptcy is also very much in the picture, he added.

Then there are the federal agencies and a swarm of think tanks, businesses and industry groups all trying to influence the outcome, he said. "This diversity of actors, interests and passions could make for a vibrant, disciplined process of problem-solving. But that is not the current situation," he said.

While acknowledging the challenge, Hamm said she sees some grounds for optimism. "As every week goes by, I’m seeing more and more evidence that all of those stakeholders are beginning to figure out how to work together on a common vision," she said.

"I’m hopeful many of the challenges that were in the past have tipped the scales toward a real opportunity for change."