Vogtle lives on, with more risks for Georgia Power 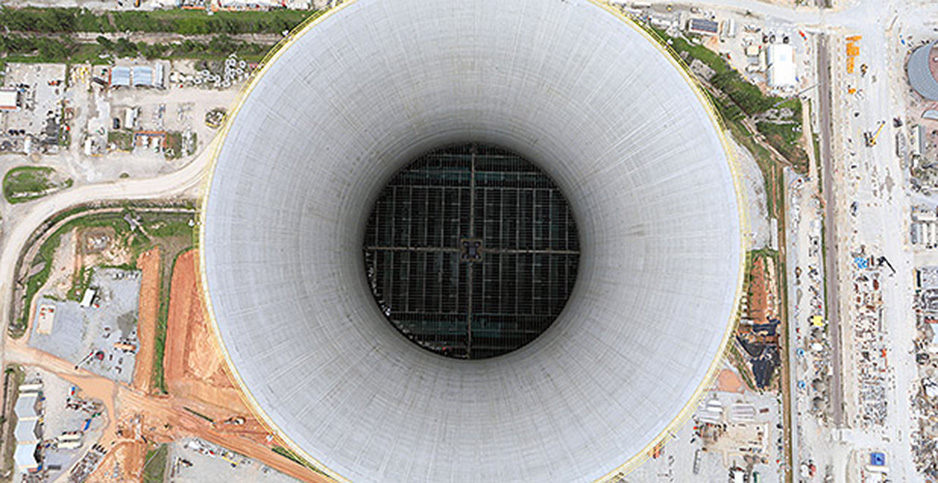 Owners of the nation’s only nuclear construction project reached a deal yesterday to keep the reactors afloat, with Southern Co. and its Georgia Power unit taking on considerably more risk.

The Plant Vogtle expansion project reached a critical juncture earlier this week when one of the public power utilities said it could no longer remain a partner unless the rising construction costs were capped. Oglethorpe Power Corp.’s public criticism of how Southern was handling the project immediately exposed what had been a private debate between it and the other owners.

Vogtle was already caught in a tug of war with JEA, a Jacksonville, Fla., electric company that wanted out of an ironclad agreement to buy some of the electricity from the Municipal Electric Authority of Georgia (MEAG).

What’s more, Georgia’s governor started to apply pressure for the developers to continue with the project just as a group of high-ranking state lawmakers stunned many with an unprecedented letter saying the increased expenses were unfair to the public power companies that did not have shareholders to buffer the financial blow.

The debate also emerged at a time when two sitting Republican members of the Georgia Public Service Commission face re-election in a year when no win is a sure thing. And everyone from the Trump administration down to individual community leaders started weighing on Vogtle’s future.

The somewhat panicked attention was because billions of dollars and years of sweat equity and emotions have been spent on the project, the first set of reactors to be built from scratch in the United States in 30 years.

Georgia Power agreed to pay for more of Vogtle’s construction costs should they rise past certain thresholds. It also gives the public power companies exit ramps but said that Georgia Power may cancel the project at any time without requiring a vote from the others.

The deal at the very least brings a sigh of relief for the electric companies, politicians, lobbyists and others, many of whom grew tense early in the week when the idea of Vogtle collapsing became very real.

Vogtle’s costs are roughly double what they were at the project’s start 10 years ago. The issue came to a head this time because what was billed as a firm budget suddenly jumped another $2.3 billion in just one year.

Oglethorpe, which owns 30 percent of the project, reiterated its concerns a year ago about rate disparity. While Georgia Power and Southern have shareholders who can elect to absorb any cost increases, the public power companies do not.

All of the electric companies had held a united front in support of finishing the reactors in the past. This time, Oglethorpe wanted out unless future construction costs were capped.

It is unclear why at least one of the partners became so publicly vocal about the costs and who pays for them. Georgia Power and the public power companies have had their own, separate business models for years, and Vogtle’s costs did not double over night.

What’s more, the co-owners have remained largely silent about their views on Vogtle, saying they’ve agreed to have Georgia Power act as an agent on their behalf. It has been only recently that the other developers have voiced anything about the reactors in the media or before the PSC, which does not regulate their rates.

That arguably has left Georgia Power in the driver’s seat. The electric company holds considerable power at the state Capitol, which also means any outside effort to cap Vogtle’s costs or stop the project along the way has been squashed.

The same holds true at the PSC, which recently placed some financial constraints on Georgia Power’s profits if Vogtle fails to meet its new deadlines. Regulators largely were following a template proposal from the electric company, however, according to documents obtained last year through the Georgia Open Records Act.

Because Southern and Georgia Power are the ones with shareholders, it would be up to them to agree to a cost cap. The company would have to agree to eat not only its costs but the expenses of the other partners, as well.

It is highly unusual for a company to tell its board and shareholders that they may have to prepare for future cost writedowns, but Oglethorpe’s decision to walk away unless there was an agreement forced Georgia Power and the others to the negotiating table.

Oglethorpe agreed Monday night to stay with the project but with conditions. That and the utility’s public statements that it wanted to hold Southern accountable for its newly revised budget provoked sharp words from Georgia Power, MEAG and Dalton.

Late Monday and Tuesday, it became apparent that a once-private battle among business partners had turned into a public war. For roughly 36 hours, it was unclear whether Vogtle would survive.

The electric companies dragged out their negotiations by extending a deadline several times, including late Tuesday night. Everyone was left hanging until early yesterday, when developers said they needed until 5 p.m. to tie up details and secure approvals for what would be a new agreement.

Southern and Oglethorpe Power issued a lengthy, detailed and complicated after-market filing at 5 p.m., making it clear why the negotiations took so long. Additional details include that Georgia Power had the option to buy future federal production tax credits from the others at a discount.

There are also provisions for MEAG should its fight with JEA continue. And, if one of the owners wants out but more than 50 percent want to stay, Vogtle’s construction will continue for 30 days to let the partners decide how to proceed.

Congress’ extending the PTCs was a key part of ensuring Vogtle’s future earlier this year. The utilities lobbied hard to ensure that Congress would expand the credits so the public power companies could take advantage of them.

Vogtle was supposed to be part of a nuclear resurgence at a time when natural gas prices were high and carbon regulations were looming.

A decade later, market forces have made natural gas and renewable energy sources the preferred choice for electricity in many regions. What’s more, electricity demand has fallen, and electric companies are grappling with how to transition their power grids to operate from distributed technologies.

That has pushed baseload nuclear projects out of favor even in regulated electricity markets, which dominate the Southeast. Even nuclear heavyweights such as Duke Energy Corp. and Florida Power & Light Co., which had plans for one or more reactors, have either postponed any construction or removed them from their long-term resource options altogether.

Indeed, in Georgia, finishing Vogtle has become more of a matter of political and emotional will. The reactors, which started at $14 billion and were to be finished in 2016 and 2017, have now ballooned to more than $25 billion and have deadlines of November 2021 and 2022.

The electric companies and pro-nuclear PSC have supported Vogtle through its rocky path because the reactors will put emission-free baseload electricity on the grid for decades to come.

Gov. Nathan Deal (R) and many of the other state’s elected officials also tout economic benefits, including thousands of jobs. This includes thousands of union jobs, which are reaching their peak at the reactor construction site now.

The union jobs are a key reason why Georgia’s tense and high-profile governor’s race doesn’t include much debate about Plant Vogtle beyond the candidates’ praising the utilities for being at the negotiating table. At the same time, the reactors have largely flown under the radar for a number of years, with the exception of the utility, clean energy and consumer groups that have followed every turn.

The reactors have been delayed largely because of regulatory red tape, vendor problems and contractor changes. Nuclear reactors are highly complex and must be built to the most stringent of safety and regulatory standards, all of which can drag on the schedule and quickly drive up costs.

Meanwhile, the South Carolina electric companies walked away from their reactors, saying they were too expensive to finish. That decision set off a political and legal firestorm that is far from over. It is something that Georgia’s politicians and electric companies have wanted to avoid.

Vogtle’s costs jumped again just one year later, and this time, it was under Southern’s watch. That alone helped shift the debate as to whether the reactors should be finished.

That the increase was above $1 billion and that Georgia Power elected to absorb its share of the new costs triggered a requirement for all of the owners to review their position and vote by ballot whether they wanted to continue by Monday.

Meanwhile, Jacksonville utility JEA took the opportunity again to get out of its contract with MEAG. JEA sued MEAG — which immediately countersued — and bankrolled a public campaign that included full-page newspaper ads and billboards in Georgia in efforts to get the nonprofit regional power authority to vote "no."

The dispute caught the attention of the Energy Department, which has issued billions in loan guarantees for Vogtle. DOE sent letters to the electric companies saying it could accelerate repayment of the loans if Vogtle were canceled.

For MEAG, that could mean it would have to repay its share immediately.

Pro-nuclear advocates and anti-Vogtle activists took to social media this week either touting the benefits of the project or attacking those who supported it. Some capitalized on the upcoming midterm elections by tweeting out a list of names of lawmakers who have supported Vogtle.

On Wednesday, DOE and industry group the Nuclear Energy Institute issued statements praising the owners’ decision to keep going. The Southern Alliance for Clean Energy was among those that criticized the move.