Volkswagen wants to wire garages, the grid and more 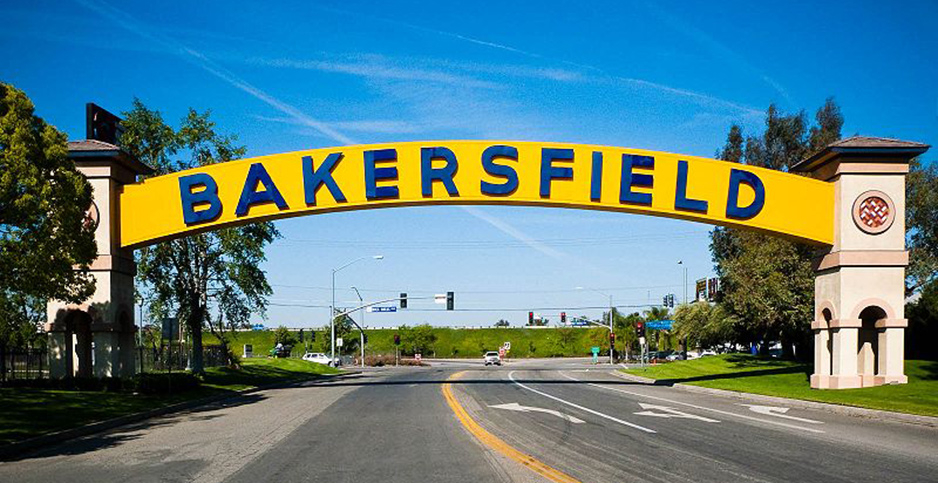 Smaller cities such as Bakersfield, Calif., will benefit from $200 million that Volkswagen is required to spend on electric vehicle charging. nickchapman/Wikipedia

Volkswagen makes cars, by and large. But it laid the seeds of a pervasive presence in a different business — electric vehicle charging — in a plan filed with regulators this week.

Between next summer and 2021, it proposes to spend $200 million in California on nearly every part of the charging ecosystem. The carmaker will charge the batteries of ride-sharing companies like Lyft, of automated cars like Google’s and of transit buses. It will expand charging at highway stops and at rural health clinics. It will lease thousands of chargers for home garages and — most interesting for the grid — may operate its own platform to manage their energy.

VW’s presence in EV charging isn’t new. As a penalty for its scandalous cheating on diesel emissions, uncovered three years ago, it is required to spend $2 billion over a decade to build an EV-charging network that is open to all vehicles and doesn’t promote VW. The brand name of this business is Electrify America.

California gets $800 million of that, and that amount is to be spent in four chunks of $200 million. On Wednesday, VW filed its plan with the state regulator, the California Air Resources Board (CARB), to spend the second chunk, known as Cycle 2.

The first cycle established VW’s presence as a major California supplier of chargers and the network behind them. That cycle, which started last year and ends next June, established VW as the fastest-growing charging supplier in the state as it built stations in major cities and on a highway charging network.

The new cycle will install between 2,600 and 3,400 chargers and builds on the earlier city and highway strategy while taking a stab at nearly everything else, such as:

Today, almost all EV owners who charge at home acquire their charger by buying it. VW proposes instead to create a sort of lease, with no money upfront and the expense recovered via a monthly fee. In the end, the customer owns it.

"This will allow EV drivers who are unable or who are reluctant to cover the up-front costs of home charging to adopt EVs and pay for the charger over time," says the 93-page report that accompanied VW’s plan.

Besides homeowners, the plan brings VW into a sales relationship with another intriguing customer: utilities. During the lease period, VW owns and operates these chargers, and during that time, "Electrify America will aggregate the load of all its customers within a given region and sell the electric utility capacity to ‘shed’ or reduce this load when demand on the grid is highest," says the report.

In other words, the automaker is proposing that its first customers, who could number 3,300, become a demand-response tool for utilities. In California, where hot summer days tax the grid’s capacity, and where a burgeoning supply of solar and wind is sometimes more than the grid can use, fleets of EVs are often mentioned as a tool that could solve both problems. Any payments from the utility might be deducted from the customer’s fees. VW will spend as much as $2 million developing this demand-response tool.

VW wants to spend up to $8 million on the residential program, delivering Level 2 chargers, the type that is typically installed in homes. If it finds early success, VW may expand the program to workplaces.

By far the largest part of the plan, up to $115 million, will be dedicated to building direct-current fast chargers, which can fill an EV battery much more quickly. Fast charging may be a key to winning over drivers who are used to the speed and convenience of a gas station.

Whereas the first phase of VW’s plan put those fast chargers mostly on highways, the second phase focuses on cities.

The new money will expand VW’s footprint in its existing areas — Los Angeles, San Diego, the San Francisco Bay Area, Fresno and Sacramento — into adjoining areas. In the San Francisco Bay Area, the network will expand north into Santa Rosa and south into Santa Cruz; in Southern California, coverage will extend from the coast into the inland counties of San Bernardino and Riverside.

Dozens of new fast chargers will go to Los Angeles, San Diego and the Bay Area, according to the report, with outlying areas getting between one and four.

Santa Cruz has been told it will get one of them, and that’s welcome, said Tiffany Wise-West, the city’s sustainability and climate action manager. Right now, the city owns a dozen Level 2 chargers and has two fast chargers on private land, and it’s not enough for the fast-growing number of EVs.

"That’s going to enable greater turnover at our spaces and allow more people to charge quickly. That’s what our users complain about, is that they have to circle," Wise-West said.

In dense cites, VW is aiming to serve several groups: drivers filling up at shops and apartment dwellers who don’t have their own parking spaces. Up to 49 of the chargers will be built in such locations.

Drivers for ride-sharing services, like Uber and Lyft, will be the users of about 10 other fast chargers to be located in two to three metro areas. Traditional charging has proved insufficient for drivers who put in so many miles and cannot afford the time to wait.

"The shared vehicle economy also represents an increasingly important travel component within cities and is an attractive opportunity for early EV adoption by both drivers and passengers," the report said.

This part of the program builds on pilot programs that VW is testing in Sacramento, where a duo of ride-sharing companies are testing new business models for sharing electric cars (Energywire, Sept. 4).

VW will spend up to $10 million to extend its network of fast chargers to less-trafficked highways that it didn’t address in its first round of funding.

In the Bay Area, charging stations will appear to the south, en route to Salinas and Santa Cruz, and to the north toward Vallejo. From Sacramento, chargers will service popular destinations in Sierra Nevada and along the Central Valley corridor of Highway 99. In Southern California, chargers will connect Santa Barbara to Santa Maria, San Diego to Riverside and San Bernardino, and several parts of the southland to Lake Havasu City in Arizona.

Most routes will get one charger or at most two.

Nearly every transit agency in California has bought, or plans to buy, electric buses, and VW will set aside up to $6 million to charge such buses and shuttles, both at the depots where they park and along their routes.

As part of its first round of funding, VW is providing the buses and charging infrastructure for an electric bus service between Sacramento and Davis (Energywire, Aug. 7).

Up to $4 million of VW’s money will go to fill the batteries of unmanned vehicles, such as the type being produced by Waymo, the brother company to Google, and the Cruise unit of General Motors. VW expects to partner with such a provider and install a hands-free charger, perhaps a robotic arm, that would connect charger to car.

For the first time, VW will direct funds toward rural areas, which for the most part are blank spaces on EV-charging maps. About 35 Level 2 chargers are headed toward the Central, Coachella and Imperial valleys, which are wide-open spaces of farms with large populations of migrant workers.

Most will be located at schools and health clinics. VW said its interest was roused by lobbying from environmental and social-justice advocates. "The ongoing financial return on investment of this program is uncertain," the report said.

CARB will hold a hearing on the proposal on Nov. 15 and 16 and is scheduled to vote on it immediately afterward.