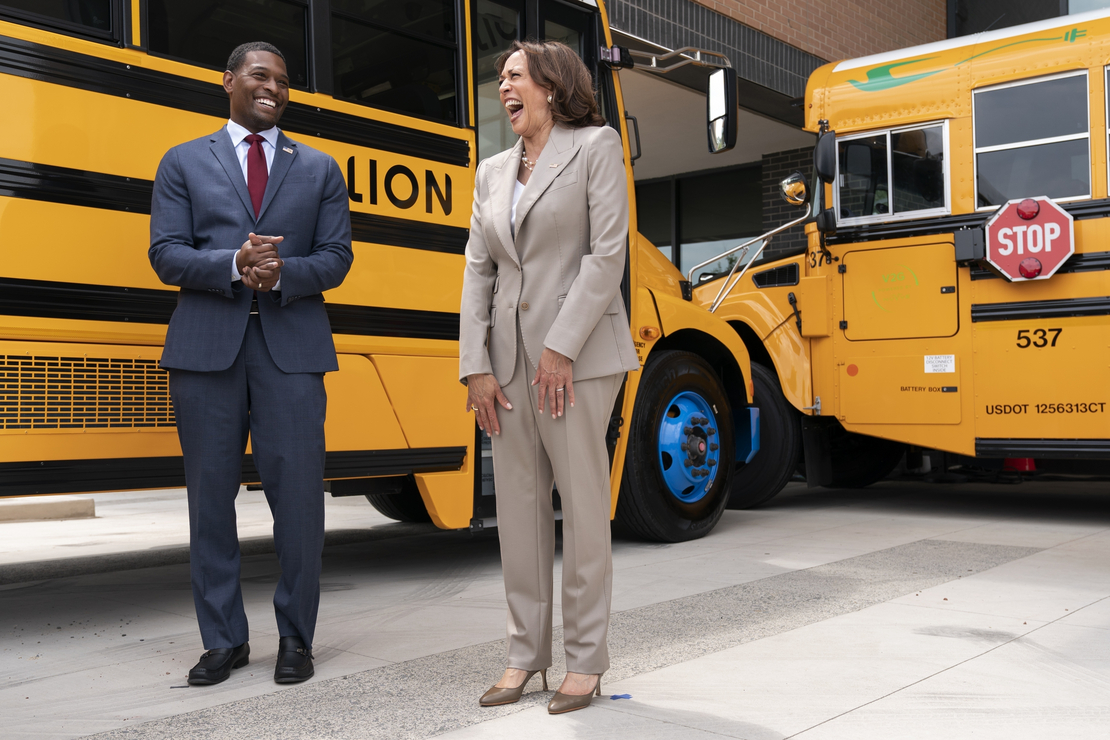 Standing next to a big yellow bus in Seattle on Wednesday, the vice president touted the Biden administration’s efforts to fund electric buses around the country in an effort to curb greenhouse gas emissions and air pollution that can cause respiratory problems.

“Who doesn’t love a yellow school bus?” Harris said at the event at the Seattle Seahawks’ Lumen Field. She was joined by EPA Administrator Michael Regan, whose agency is awarding nearly $1 billion in funding for school districts around the country to buy electric school buses (Energywire, Oct. 26).

“Many of us went to school on the yellow school bus, right? And it’s part of our experience growing up,” Harris said. “And today, 95 percent of our school buses are fueled with diesel fuel, which contributes to very serious conditions that are about health and about the ability to learn,” she added.

The EPA grants, funded by the bipartisan infrastructure law that passed last year, will allow for the purchase of more than 2,400 electric or low-emission school buses in 389 school districts, the agency announced.

“As many as 25 million children rely on the bus to get to school each day,” Regan said in a statement. “Thanks to the Biden-Harris Administration, we are making an unprecedented investment in our children’s health, especially those in communities overburdened by air pollution.”

Harris has previously declared her affection for electric buses.

Wednesday’s announcement marks “a step forward in our nation’s commitment to be a leader” on addressing climate change, Harris said.

“The clock is ticking — loudly,” the vice president said.

“We are witnessing around our country and around the world the effects of extreme climate. There is a direct correlation that, thankfully, as we progress as a nation, is not being debated, which is the correlation between all of that and human behaviors.”