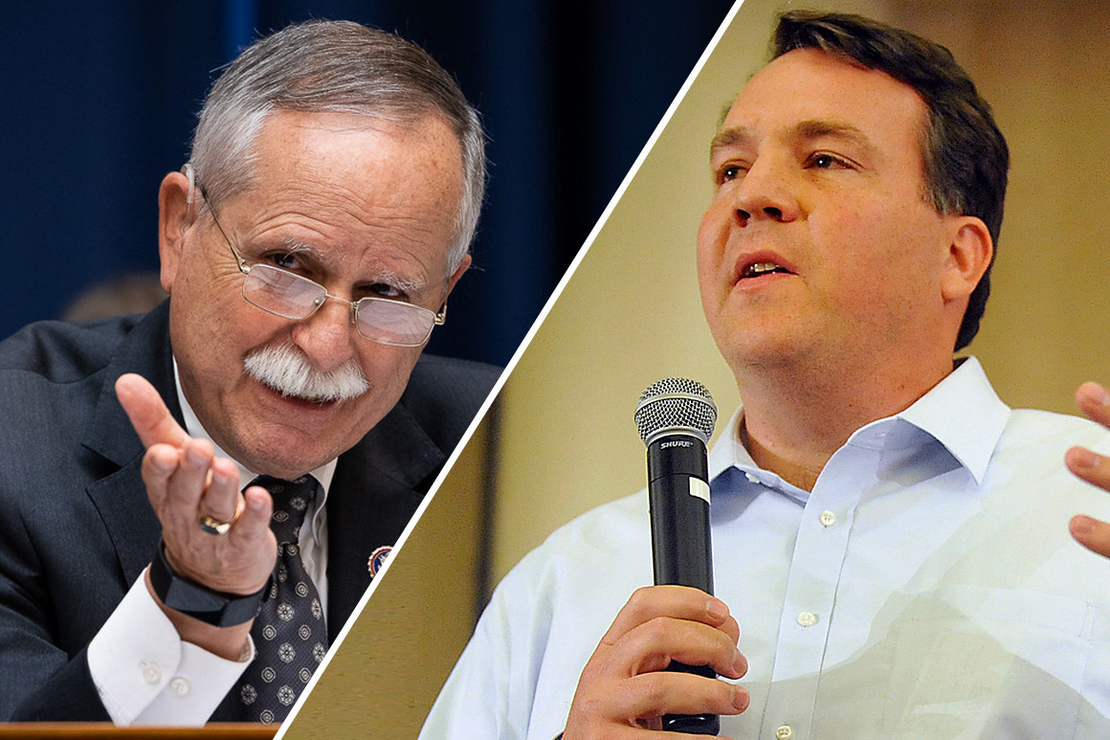 West Virginia voters tomorrow will choose which one of two Republican House incumbents will get to stay in Congress.

Reps. David McKinley and Alex Mooney are both vying for the 2nd District seat, due to redistricting that dropped one of the state’s three congressional seats and put the two incumbents into the same district.

The election could test the power of former President Donald Trump, who endorsed Mooney. It might also test the electoral power of the bipartisan infrastructure law, formally known as the Infrastructure Investment and Jobs Act, which has taken center stage in the race. McKinley, along with 12 House GOP colleagues, voted for the bill, while Mooney voted against it.

“What we did was, quite frankly, fulfill a campaign commitment we had made,” McKinley said last week on West Virginia MetroNews’ “Talkline,” in a joint appearance with Mooney that was the closest to a primary debate the two had throughout the campaign season.

“I’ve waited 12 years to be able to vote on infrastructure and to take care of our sewer, our water lines, our roads and bridges, our broadband, on and on. And so we had to do something with this,” McKinley added.

Mooney called the legislation the “non-infrastructure bill” and slammed McKinley for working with Democrats on it — similar to objections by Trump, who vehemently opposed the bill.

Mooney pointed to provisions like a pilot vehicle-miles-traveled tax, funding for electric vehicle charging stations and “racist highway nonsense.” The latter complaint is based on policies the Biden administration has carried out to try to address the impacts that past highway construction had on communities of color.

“But probably the biggest reason to vote against it was it was $250 billion of more debt to this country,” he said.

McKinley is the top Republican on the Energy and Commerce Subcommittee on Environment and Climate Change and is poised to be chair of that or another subcommittee if the GOP takes the House majority in the midterms.

“What we need to do is continue to fight against Joe Biden and his anti-energy policies,” he said on the radio show. “Think about what his track record has been. It’s all anti-West Virginia. That’s why I’ve opposed him.”

The two candidates are also on opposing sides on the issue of whether to investigate the Jan. 6, 2021, attack on the Capitol by Trump supporters who wanted to stop the certification of Biden’s electoral win.

McKinley voted last year to create a bipartisan commission to probe the attack. “I wanted to get to the bottom of it,” he said.

Mooney slammed the commission as a “total witch hunt,” adding that he simply considered the riot “a protest — that’s what it was. A few people went in, and the law should be implemented for those who broke it.”

When asked whether Trump was culpable for instigating the riot, Mooney responded: “Absolutely not.” The commission legislation failed in the Senate, so House Democrats created a select committee to investigate it instead. Both McKinley and Mooney voted against that measure.

The district is heavily Republican, so the winner is nearly guaranteed to come out ahead in the general election. Graduate student Eugene Watson is the only Democrat seeking the seat.

A poll released Friday by MetroNews West Virginia found Mooney with a 15-point lead over McKinley — 48-33 percent. The poll was conducted on 350 registered GOP and independent voters likely to vote in the primary.

Former Rep. Jeff Fortenberry (R) resigned earlier this year after being convicted of concealing information regarding illegal campaign contributions and lying to investigators. State Sen. Mike Flood is considered the front-runner to win tomorrow’s GOP primary for the 1st District ahead of the November election.

He’s also the GOP nominee, and considered the favorite, in a June 28 special election to fill the seat for the remainder of Fortenberry’s term. He’s opposed in that election by state Sen. Patty Pansing Brooks (D).

Correction: A previous version of this story misidentified McKinley and Mooney’s congressional district.