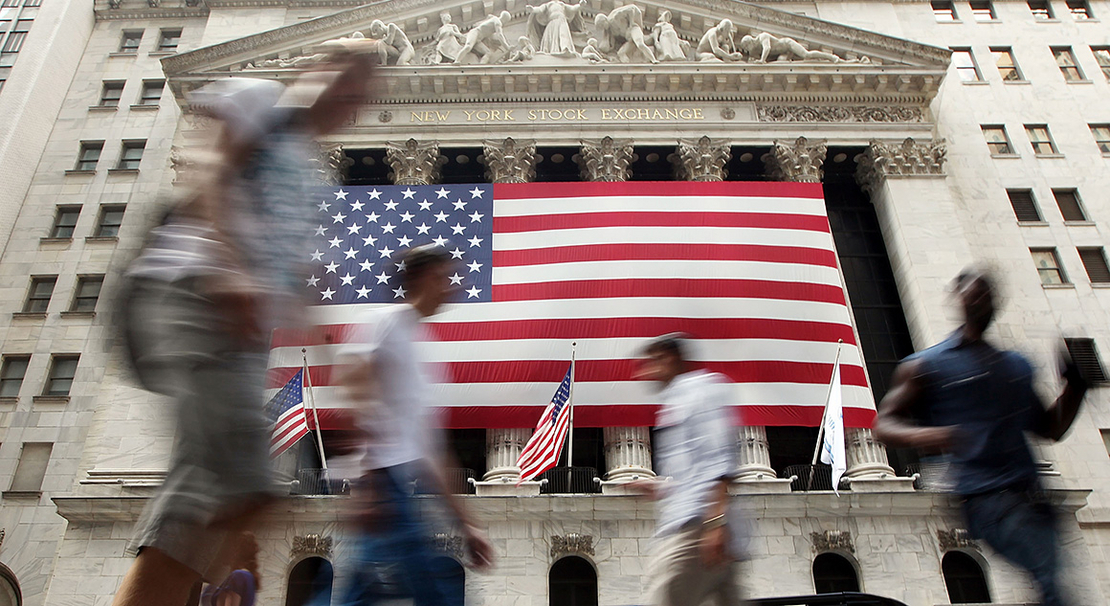 Investors at four major U.S. banks will get the chance this week to tell the firms’ top brass what they think of the lenders’ continued financing of new fossil fuel production.

Shareholder advocates this year have filed resolutions at each of the lenders calling on them to stop providing financing for companies that are expanding fossil fuel production. That’s their big push this year because according to the International Energy Agency’s net-zero road map, new fossil fuel development is incompatible with the goals of the Paris Agreement. The pact calls for preventing global temperatures from rising 2 degrees Celsius above pre-industrial times.

Observers will be watching the meetings closely to see whether the firms’ investors — including major pension funds and money managers — agree.

If they do, and a significant percentage of shareholders back the proposals, it wouldn’t necessarily force the banks to do anything. But it would send a strong signal to Wall Street executives about what their own investors make of their businesses’ climate bona fides.

“The science is clear that achieving net-zero emissions by 2050 and averting the worst impacts of the climate crisis means stopping the expansion of fossil fuels immediately,” the Sierra Club’s Adele Shraiman said in a statement.

“Banks must adjust their practices accordingly,” Shraiman added, “and it’s up to their shareholders — especially BlackRock, Vanguard, and State Street — to hold them accountable.”

In addition to the four firms with meetings this week, the proposal on new fossil fuel financing also was filed at JPMorgan Chase & Co. and Morgan Stanley, which have set their annual meetings for next month.

Three of the six firms — JPMorgan Chase, Morgan Stanley and Citigroup — requested that the SEC allow them to ignore the proposal. The SEC denied each of the requests (Climatewire, March 30).

It’s too soon to say where different shareholders will fall on the resolutions, which were filed by Trillium Asset Management, the Sierra Club Foundation, Harrington Asset Management and Boston Common Asset Management. But some investors and outside advisory groups already have weighed in.

The New York State Common Retirement Fund, for instance, which is the third largest pension fund in the United States, said earlier this month that it would back the proposal. In a “notice of exempt solicitation” filed with the SEC, New York State Comptroller Thomas DiNapoli called on other investors to follow suit.

“All of these financial institutions have made net-zero commitments and joined the Net-Zero Banking Alliance, but to ensure that those commitments are credible, they need to adopt policies that eliminate financing of new fossil fuel exploration and development,” the pension fund wrote.

Proponents say they’ve been in communication with other major investors regarding the resolution. But none so far has publicly committed to following New York’s lead.

Glass Lewis and Institutional Shareholder Services, two influential firms that provide research and guidance on shareholder proposals to institutional investors each year, have weighed in too.

Glass Lewis advised shareholders to vote against the resolutions. In a March report regarding Bank of America, Glass Lewis made that recommendation on the grounds the firm already has begun disclosing and addressing its climate-related risks, and that the proposal could “infringe on the Company’s ability to develop plans and policies” in the best interest of its shareholders and stakeholders.

Institutional Shareholder Services issued the same recommendation to its clients who use the firm’s “Benchmark Policy Voting Recommendations,” or standard recommendations, “due to the company’s current commitments to low-carbon economy and expected goal setting.”

Those recommendations have the potential to sway how many shareholders back the proposals — given that many institutional investors rely on the firms’ research to inform their votes.

That’s especially the case when it comes to smaller investors who don’t have the capacity to do in-house analysis of the proposals filed at every single one of their portfolio companies each year, said Nadya Malenko, an associate professor of finance at the University of Michigan who has studied the influence of proxy advisers.

“If you don’t have the capacity, the easiest thing you can do is subscribe to the services of the proxy adviser and … just follow the recommendations,” Malenko said.

In turn, when researchers have studied the influence of proxy advisers over shareholder behavior, they have found that a negative recommendation by Institutional Shareholder Services on a proposal can drive down investor support by around 25 percent compared with a positive recommendation.

Malenko added, “Generally, the literature has arrived at this number very consistently.”

Jonas Kron, who is the chief advocacy officer at Trillium, which filed the Bank of America resolution, said the proxy advisers seem to be “behind the curve” on this issue specifically. But he was optimistic the proposals would garner support despite their recommendations.

Just last year, Kron said, both Glass Lewis and Institutional Shareholder Services recommended that investors vote against proposals pushing for a “racial justice audit” at companies including Citi, JPMorgan Chase and Amazon.com Inc. Despite the recommendation, he said roughly 40 percent of shareholders at each company backed the proposal.

“I think that demonstrated that investors are ready, willing, and able to break with the proxy advisors,” Kron wrote in an email. “Whether that was a unique situation or not, I don’t know, but it would appear that many investors are reading these shareholder proposals closely and exercising their own judgment.”