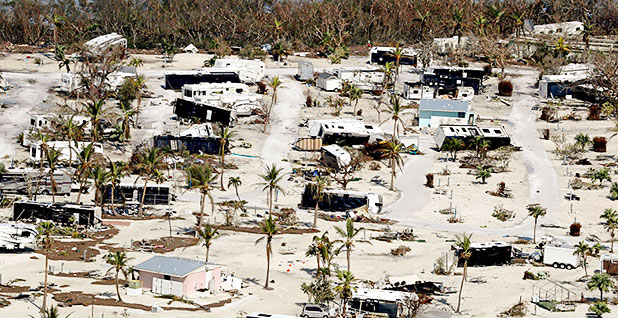 Now, with Congress weighing whether or how to grow the private flood insurance market nationwide with the goal of reducing NFIP’s mounting debt, Florida’s burgeoning industry is receiving renewed attention. But analysts say what worked there is unlikely to repeat, forcing Congress to focus on other solutions.

Florida’s story began in 2012, when Congress passed the Biggert-Waters Flood Insurance Reform Act to limit subsidized premiums for some federal policies. The law turned out to be a shock to the system.

NFIP offers lower rates for properties that predate the federal program but adhere to housing codes from their time of construction, regardless of the owner’s financial status.

"People’s premiums were increasing by thousands of dollars, they were saying they had to turn their keys into the bank," he said. "It devastated the real estate market in my community."

‘Shocked no one else has done this’

Those policies offer things NFIP doesn’t, like living expenses to temporarily move out of flood-damaged homes. Some private policies exceed NFIP’s $250,000 coverage cap for residential properties, while others are bundled with homeowners’ insurance.

NFIP rates are largely based on whether homes are located in the 100- or 500-year floodplain. But homes in the middle of a floodplain carry different risks than those closer to the edges, a nuance NFIP doesn’t account for.

Private policies can come with risks. In the two weeks after Hurricane Irma, Florida’s Department of Financial Services received nine consumer complaints about private policies, compared to just one about NFIP.

And unlike NFIP, private companies don’t always guarantee customers’ policies will be renewed the next year. What’s more, private flood insurance may not be available to everyone.

"Once we make a promise to a number of homeowners in a given area, we think it is best for them and us that we don’t oversaturate that area so we can financially respond in the event of a loss," Mitchell said.

"I’m really shocked that no one else has done this," he said. "People should be taking the model and running with it."

Robert Hunter, director of insurance at the Consumer Federation of America, said he doesn’t understand why the bill has to eliminate that language.

Berginnis and Hunter are particularly concerned that the language will allow for more flood policies on what’s called the excess and surplus lines market.

That’s an idea House Republicans considered and then rejected this summer after facing resistance from the real estate and building industries (E&E Daily, Sept. 6).