Wanted: EPA carbon rule that can survive in court 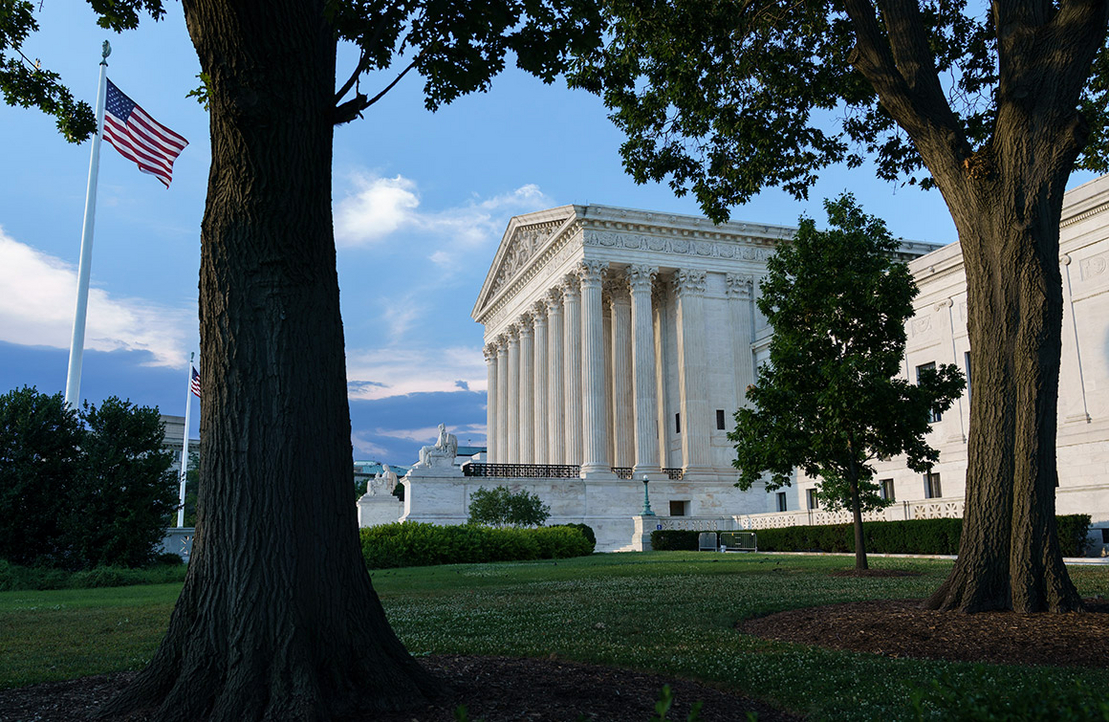 When the Biden administration proposes its anticipated new greenhouse gas rule for power plants, it will be one of the most consequential climate regulations in the United States.

To ensure that the pivotal rule holds up in court, however, Biden’s EPA must avoid the pitfalls that plagued the regulation’s predecessors, legal experts say.

Chief among those stumbling blocks is the definition of the “best system of emission reduction” under the Clean Air Act — a thorny issue that stoked fierce debate among lawyers, judges and lawmakers following the release of the Obama-era Clean Power Plan and the Trump administration’s subsequent Affordable Clean Energy rule.

“I’m not really in the position to suggest what the best system of emission reduction should be,” said Kevin Minoli, a partner at the law firm Alston & Bird. “But I know that it’s something that the agency is going to have to very thoroughly understand and deal with upfront if it wants to survive a judicial challenge on the back end.”

When Obama’s EPA unveiled the Clean Power Plan in 2015, the landmark rule sought to reduce planet-warming emissions from coal-fired power plants 32% below 2005 levels by 2030.

At the time, EPA determined that “generation shifting,” or switching from coal to cleaner-burning natural gas or renewable energy, counted as a “best system of emission reduction” under Section 111 of the Clean Air Act.

But 24 Republican-led states sued over the Clean Power Plan, arguing that it represented regulatory overreach. The Supreme Court stopped implementation of the rule before it could take effect, allowing the litigation to play out in the U.S. Court of Appeals for the District of Columbia Circuit.

The D.C. Circuit heard oral arguments on the Clean Power Plan in September 2016. But it had not reached a ruling by the time former President Trump took office the following year. Trump’s team asked the D.C. Circuit to allow it to revisit the regulation, and the court agreed.

In 2019, the Trump administration finalized the Affordable Clean Energy (ACE) rule, which took a much narrower view of EPA’s climate authority. The Trump EPA maintained that the “best system of emission reduction” consisted of changes made at individual power plants — an approach known as “inside the fence line.”

But the D.C. Circuit tossed out the ACE rule on the final day of the Trump administration (Greenwire, Jan. 19). Two members of the three-judge panel that decided the case roundly rejected the Trump EPA’s reasoning and left the Biden administration a clean slate to craft a new rule.

The D.C. Circuit ruling “was narrowly focused on the question of whether EPA was compelled to read the statute as it was proposing to do in the ACE rule,” said Carrie Jenks, executive director of Harvard Law School’s Environmental & Energy Law Program. “And the D.C. Circuit said it was not.”

The majority opinion affirmed EPA’s broad authority under the Clean Air Act to include generation shifting as an option for regulatory compliance. The court also reiterated that EPA has a statutory mandate to regulate greenhouse gas emissions and set standards for power plants.

Environmentalists who have pushed EPA for years to regulate power-sector pollution say there is now increasing urgency to draft a replacement rule that could both withstand court challenges and produce tangible emissions reductions.

“The climate is unraveling before our eyes this summer with all the wildfires and drought and floods, hurricanes, storms all over the place,” said David Doniger, senior strategic director at the Natural Resource Defense Council’s climate and clean energy program.

EPA deputy press secretary Tim Carroll said tackling pollution from power plants is a “high priority” for Administrator Michael Regan. He added that there is not currently a timeline for regulatory action.

“We are being deliberative about this process in order to ensure we arrive at an approach that is not just effective in protecting human health and the environment, but is also cost-effective, legally resilient, and sensitive to the unique realities of this sector,” Carroll wrote in an email.

For a clue as to how the courts will view President Biden’s carbon rule for power plants, many legal observers have looked to past comments by judges on the D.C. Circuit, a powerful federal appeals court that has now heard arguments on both the Obama and Trump rules.

When the Obama rule came before the court in 2016, Supreme Court Justice Brett Kavanaugh was still a D.C. Circuit judge. During an extraordinary eight-hour argument over the Clean Power Plan, Kavanaugh said that Congress should “speak clearly” when giving an agency authority to make decisions with “vast economic and political significance.”

“And the Supreme Court said … when an agency claims to discover in a long-extant statute an unheralded power to regulate a significant portion of the American economy, we typically greet its announcement with a measure of skepticism,” he said.

Kavanaugh also suggested that while climate change is an important global problem, it’s best addressed by Congress, not the courts.

The judge continued: “But under our system of separation of powers, and this is why it’s so important that we maintain that, Congress is supposed to make the decision. You might say, you know, this Congress is not going to, they’re not going to do anything, but that’s not how we get to make decisions.”

Kavanaugh seemed skeptical, however, of claims that EPA lacked authority to issue the Clean Power Plan in the first place, said Jeffrey Holmstead, a partner at the lobbying and law firm Bracewell LLP.

“During the Clean Power Plan oral argument, it didn’t seem like that particular argument had any support from any of the judges, including Judge Kavanaugh,” said Holmstead, who led the EPA air office under former President George W. Bush.

More recently, Judge Justin Walker, a Trump appointee to the D.C. Circuit, penned a notable dissenting opinion in the ACE decision this year, which also addressed the repeal of the Clean Power Plan.

Walker argued that EPA could not regulate power plants under Section 111 of the Clean Air Act because they were already regulated under a separate provision in the statute. He also took interest in the “major questions doctrine,” which holds that courts don’t defer to agency interpretation of a statute for issues with “vast economic and political significance.”

Supporters of the Clean Power Plan had maintained that while the rule itself was significant in its efforts to tackle climate change, the major questions doctrine did not apply because EPA was working within its existing authority.

Walker’s concerns did not sway Judges Patricia Millett and Cornelia Pillard, both Obama appointees, who were in the D.C. Circuit majority that tossed out Trump’s ACE rule earlier this year.

In their majority opinion, the judges rejected the Trump EPA’s argument that imposing generation shifting under the Clean Power Plan raised a major question, pointing to the shared regulatory role of the federal government and states.

“EPA does not impose the ‘best system of emission reduction’ on anyone,” the judges wrote. “Instead, each State decides for itself what measures to employ to meet the emission limits.”

While Congress may not have prevented EPA from proposing generation shifting, the court said the agency had to work within clear parameters in setting the best system of emission reduction, such as cost and energy requirements that have to be taken into account alongside its “expert scientific judgment.”

The majority opinion described the agency under Trump as having a “tortured series of misreadings” of the Clean Air Act.

Red states and energy companies have asked the Supreme Court to weigh in on EPA’s climate authority as soon as possible.

It takes the vote of four justices to accept a case. The Supreme Court accepts only about 1% of petitions that come its way.

Morrisey said that it is crucial for the Supreme Court to clarify EPA’s climate authority now.

“Any further delay will impose costs the energy sector can never recoup and force states to sink even more years and resources into an enterprise that is — at best — legally uncertain,” he said in an emailed statement to E&E News.

Yaakov Roth, a partner at Jones Day who is representing North American Coal, declined to comment for this story. A spokesperson for the coal company didn’t respond to a request for comment.

Holmstead of Bracewell said he doubts the justices will accept the ACE rule petitions, given that the Biden administration has said it doesn’t intend to resurrect the Trump regulation.

Regardless of whether the justices accept the petitions, red states and coal industry groups are expected to mount aggressive challenges to the Biden administration’s new carbon rule for power plants. That litigation could wind up at the Supreme Court within a few years.

Since the high court froze the Clean Power Plan in 2016, the ideological makeup of the Supreme Court has shifted even further to the right. Many of the court’s current justices now appear interested in limiting when federal agencies like EPA receive deference to interpret statutes like the Clean Air Act, said Minoli of Alston & Bird.

“Whether it’s the major question doctrine or whether it’s some other way of narrowing when agencies get deference, I think that’s always something that has the potential to be in play,” said Minoli, who previously served as principal deputy general counsel at EPA.

“So I think it’s something [EPA is] going to need to be cognizant of,” he continued. “Whether or not it carries five votes is a very different question.”

He said EPA officials are likely to be asking themselves: “Is there a bulletproof thing we can do that will actually achieve meaningful emissions reductions?”

Regardless, EPA is required under federal law to draft some sort of regulation for existing sources, since it already has new source performance standards in place for natural gas and coal-fired power plants, Lienke said.

“They are eventually going to have to do something,” he said.

Meanwhile on Capitol Hill, Democrats are looking to pass a clean electricity standard (CES), which would encourage electric utilities to generate a certain amount of energy from zero-emission sources.

The CES would provide direct financial payments to utilities to produce more clean electricity. It would also fine those that fail to achieve adequate emissions reductions. Democrats are hoping to pass the CES via budget reconciliation, a process that allows certain legislation to skirt the Senate filibuster.

While the debate over a CES plays out in Congress, EPA has stayed mum about its plans for a climate rule for power plants — a conspicuous silence to agency observers (Climatewire, July 23).

Holmstead said he thinks the Biden administration is waiting to see whether lawmakers act before devoting more resources to the arduous rulemaking process.

“I think the administration and staffers at EPA don’t want to spend a lot of time and effort on trying to put together another rule as long as there’s a decent chance that there could be a CES,” he said. “And I think that’s one reason we really haven’t heard anything about any possible regulatory approaches yet.”

Carroll, the deputy press secretary at EPA, said the agency is an “important piece of the puzzle” in the governmentwide mobilization to curb power plant emissions.

“EPA is one front in this all of government effort,” he said. “The Administration has recognized the importance of legislative solutions, including investment in clean energy infrastructure.”

Ben Levitan, a senior attorney with the Environmental Defense Fund, said it’s imperative that both EPA and Congress recognize recent trends in the power sector, which achieved the Clean Power Plan’s target a decade early — even without a regulation in place.

“The sector has undergone sweeping changes over the past decade,” Levitan said in an email. “Those changes show that many of the predictions and rhetoric concerning prior rules have proven wrong.”