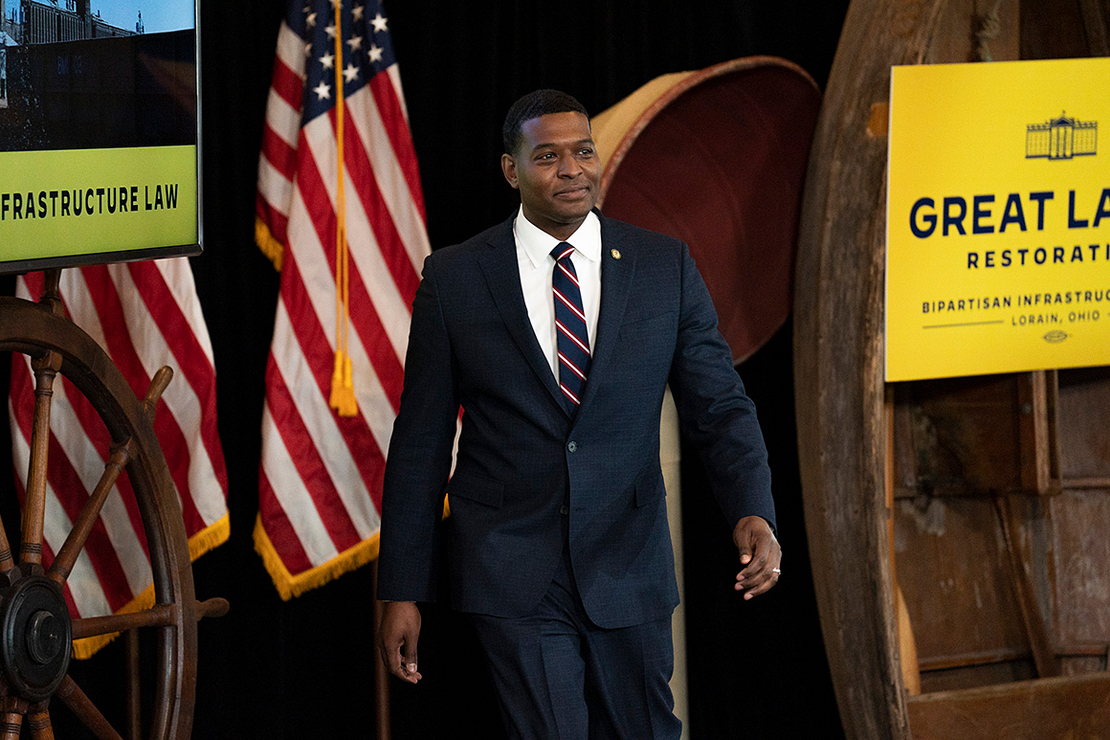 EPA will embark on a hiring spree for the agency’s infrastructure campaign, having recently secured authority to bring on an additional 500 employees.

The infrastructure law, enacted last November, infused the agency with billions of dollars and boosted work on cleaning up toxic waste sites, replacing lead pipes and funding electric school buses. The package, a centerpiece of President Biden’s agenda, has breathed new life into EPA, which saw hundreds of employees leave during the Trump administration, many of them frustrated over the agency’s direction then.

Deputy Administrator Janet McCabe in an internal email obtained by E&E News touted EPA’s efforts already underway to execute the infrastructure law. She also laid out how EPA plans to scale up its workforce to handle the increased workload from the spending bill.

“While there are many accomplishments to celebrate, this is a monumental undertaking that is asking a lot of our team,” McCabe told EPA employees in the email sent yesterday. She said the agency will listen to its staff on how implementation is faring and on where additional resources are needed.

“One of my top priorities is moving quickly to hire 1,000+ highly-qualified team members across the agency,” McCabe said, adding, “We are making good progress with more than 150 new team members already in the pipeline.”

Biden’s fiscal 2022 budget proposal includes the goal of hiring an additional 1,000 EPA staffers. Under that plan, the agency workforce would be 15,324 full-time employees, similar to staffing levels last seen at EPA during the tail end of the Obama administration, according to budget documents.

In her email, McCabe described other moves by EPA to “accelerate” hiring.

The Office of Mission Support, which handles the agency’s human resources functions, has added more than 20 people to speed up hiring and background investigations.

And more staff should be coming soon, with EPA being granted various authorities to hire quickly to implement the infrastructure law.

“We recently received direct hiring authority from the Office of Personnel Management for over 500 additional staff across all offices and regions for highly technical and competitive positions,” McCabe said.

In addition, she said EPA has “also received new streamlined authority, called ‘Schedule A,’ to hire candidates into term-limited roles in support of infrastructure work.”

The agency is on a recruitment drive, too, ensuring hiring managers have “real-time data” so they bring on staff fast and in line with EPA’s diversity principles.

In addition, EPA has hosted 13 outreach events, reaching more than 4,500 job candidates, as part of the agency’s effort “to encourage a diverse pool of young people to join us in changing the world,” McCabe said.

EPA has another eight events planned for the following six weeks.

Administrator Michael Regan has been on the road, highlighting what EPA plans to do under the infrastructure law.

He is in Detroit today to discuss a $1 billion infusion into the Great Lakes cleanup program. Regan was also in Lorain, Ohio, yesterday with Biden to announce that new funding from the infrastructure package (Greenwire, Feb. 17).

McCabe’s email to EPA staff marked more than 90 days since the infrastructure bill was signed into law, which sent historic funding into the agency.

The bipartisan infrastructure law “represents the largest increase in the EPA budget since we were founded in 1970!” McCabe said. “Over the next five years, EPA will invest more than $60 billion to improve our nation’s infrastructure, expand access to clean water, address long-standing environmental contamination, address the climate crisis, and advance environmental justice.”

The agency also held events in EPA Regions 1, 2, 3, 5 and 9, with more to come, to spotlight infrastructure funding, according to the deputy administrator.

McCabe noted some of those events in her email, including Regan’s trip with Biden to Ohio as well as his travel with Vice President Kamala Harris to Newark, N.J., to discuss the city’s lead pipe replacement.

McCabe also said she has been in Indianapolis to meet with recipients of EPA’s Brownfields Job Training grants and yesterday met with officials virtually to announce $106 million in funding from the infrastructure law for the Long Island Sound.

In her email, the deputy administrator thanked EPA employees for their hard work.

“This is truly a once-in-a-generation opportunity, and we are here to help,” McCabe said. “I can’t wait to see the impact we make on our nation.”