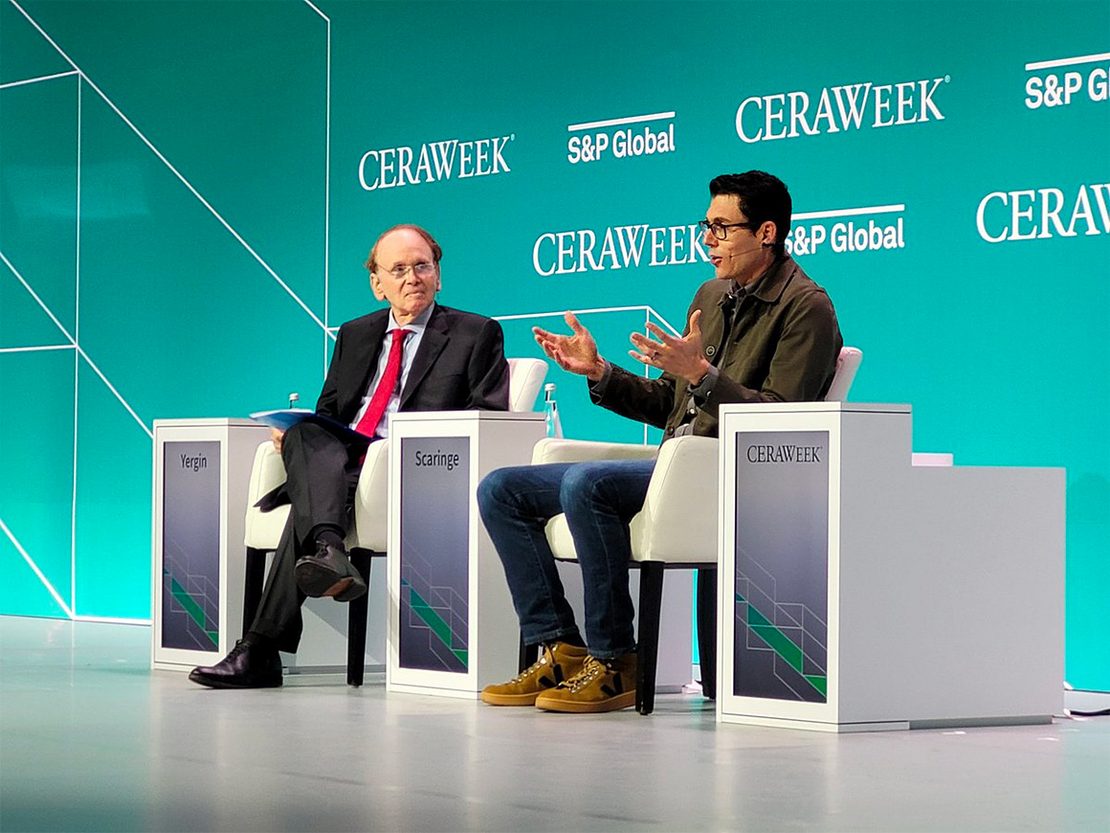 The Biden administration is pointing to the war in Ukraine as a chief reason why the U.S. needs to launch a homegrown supply chain for batteries, even as the conflict introduces new uncertainties for the technology.

At a summit on energy storage yesterday hosted by Lawrence Berkeley National Laboratory, several Biden officials said the Russian invasion underscored the need for U.S.-based battery production — an overarching goal of the administration, and the subject of an Energy Department blueprint released in late February (Energywire, Feb. 25). That blueprint envisioned how the U.S. could, in coming years, begin to build domestic capacity in everything from mining and mineral-processing to battery assembly and recycling of used components.

Energy Secretary Jennifer Granholm, who appeared virtually on one panel, said that the Russian invasion had “only really deepened” the urgency for a clean energy transition powered by U.S.-made batteries, which are a key component in electric vehicles and grid storage.

“With everything that’s happening in the Ukraine over the last few weeks, I’ve really thought about what energy independence really looks like … clean energy just offers us a better way forward,” said Granholm.

“The only way to get closer to true energy independence, national security, is by building out the technology at home with a reliable supply chain,” she added.

Those sentiments were echoed by Joe Bryan, a chief sustainability officer for the Department of Defense, who warned that the military would increasingly be placed in competition with electric automakers for access to Asian-made batteries.

“We’re all going to be competing for the same limited supply over the next few years,” he said.

“The compounding risk is, one, that we know where the supply chain runs — it runs right to Asia, as we go upstream — and two, there’s a lot of people going after that same material. For us, we need to figure out a way to manage that risk,” added Bryan.

The Energy Department’s framework contained dozens of recommendations for Congress and local policymakers, including a call to create new tax incentives for domestic clean energy manufacturing.

Its vision of a domestic manufacturing base for clean technologies, disconnected from China and other U.S. adversaries, would take years to develop, however.

In the meantime, the war has shaken up expectations for nickel supplies — a key component for batteries often used for the grid and EVs.

Russia accounts for around 13 percent of global nickel capacity, according to analysts at Norway-based Rystad Energy. Yesterday, amid fears that Russian nickel could soon come under Western sanctions, the price of nickel spiked massively on the London Metal Exchange, doubling in a single day and prompting the exchange to shut down trading.

Before the conflict broke out, new Chinese-owned mines had been expected to relieve pressure on global nickel supplies, wrote Benchmark in a blog post.

But the Russian invasion “has upended that consensus by raising fears that Russian metal will become untouchable due to sanctions risk,” according to the firm.

Expensive nickel would mean expensive batteries, a factor that could change the trajectory of the nation’s move to electric cars and renewables. The Biden administration wants half of new car sales to be electric in 2030, and all of the grid’s electricity to come from carbon-free sources by 2035.

In a year-ahead forecast published this week by IHS Markit Ltd., analysts predicted that the average lithium-ion battery price would rise 5 percent this year.

That was due to a variety of factors, including higher metal prices and greater demand from electric carmakers. IHS predicted that in 2023, battery prices would begin to decline again, thanks to the continued expansion of manufacturing capacity, particularly in China.

The war’s effect on lithium-ion battery prices may be most consequential of all for electric cars, since the battery is, by leaps and bounds, the priciest component of an EV.

Rising oil prices may boost consumer demand for EVs in the coming months and years, analysts and industry leaders said yesterday during the second day of CERAWeek by S&P Global. But supply chain restrictions on the materials used to make EVs are also making it difficult for the industry to grow significantly faster than it is now.

Rivian has emerged as a leading player in the EV space, having raised about $26 billion since its founding in 2009 and scoring a deal more recently with Amazon.com Inc. to supply the retail company’s electric delivery trucks.

Still, uncertainty and limitations in the supply of raw materials and semiconductors used to make batteries pose a significant challenge for Rivian and electric cars generally, Scaringe told CERAWeek’s audience in Houston yesterday. Semiconductor shortages may persist for the next 12 months or more, he added.

“90-95 percent of the battery supply chain that the world will need before my kids graduate high school hasn’t yet been built,” Scaringe said.

Rivian isn’t the only EV company that’s selling all of its cars right now. Tesla is also selling everything it makes, and overall production of electric models industrywide remains much smaller than production of traditional internal combustion vehicles, said Mike Fiske, research and analysis associate director at S&P Global.

After oil prices shot up in 2008 leading up to the Great Recession, consumers quickly responded, downsizing to smaller, more efficient models, Fiske said. Today, however, as the world economy continues to respond to a pandemic, there are fewer options for consumers, Fiske said.

High oil prices, coupled with the introduction of EVs of different sizes and at different price points, could “theoretically” shift more customers toward electric models, said Michael Cohen, chief U.S. economist at BP PLC. At the same time, there are other factors that influence consumer preferences, including familiarity with brands and concerns about the staying power of EVs, he said.

“People don’t know EVs, and they don’t know how far they may be able to go in that EV, so that’s why it’s important for some of these manufacturers to make it clear to a consumer that this is a viable option for them depending on what type of car they want,” Cohen said.