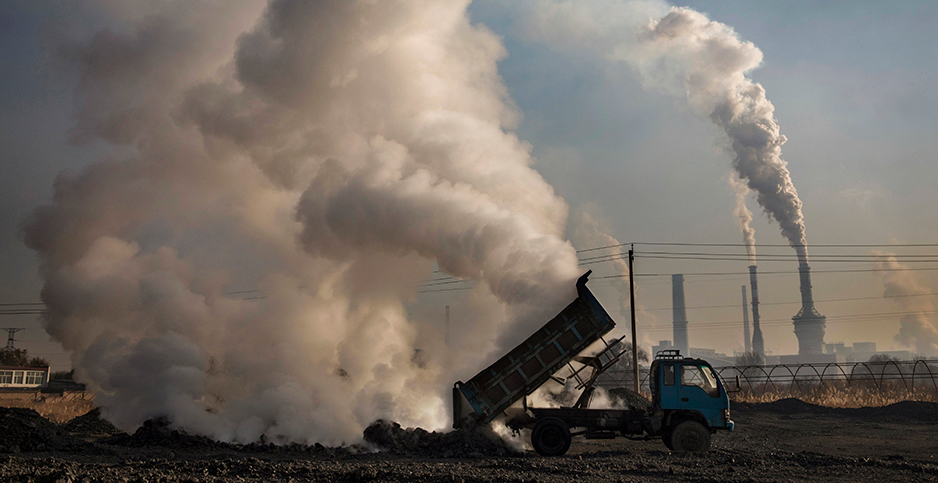 While the amount of carbon dioxide emissions steadily increases in the atmosphere, the formation of warmer clouds appears to have a cooling effect that has been underestimated by widely used climate models.

An academic paper from a group of climate scientists published last week points out that the warming of clouds makes them larger, brighter and linger longer. That allows them to reflect more solar heat into space, negating some of the accelerating warming predictions made by newer climate models.

"Our work shows the increase in climate sensitivity from the last generation of climate models should be taken with a huge grain of salt," said Jennifer Kay, an associate professor of atmospheric and oceanic science at Colorado University, Boulder, and an author of the study.

NOAA announced its annual measure of atmospheric CO2 yesterday, noting a monthly average of 419 parts per million, the highest level since accurate measurements began 63 years ago.

Measuring the upward accumulation of the invisible gas occurs every year in May, just before the growth of plants, crops and trees in the Northern Hemisphere begins to remove large amounts of CO2 during the annual growing season.

"We are adding roughly 40 billion metric tons of CO2 pollution to the atmosphere per year," explained Pieter Tans, a senior scientist with NOAA’s Global Monitoring Laboratory. "If we want to avoid catastrophic climate change, the highest priority must be to reduce CO2 pollution to zero at the earliest possible date."

Ralph Keeling, a geochemist at the Scripps Institution of Oceanography at the University of California, San Diego, said it was one more sign that "we still have a long way to go" to stop the release of greenhouse gases.

Separately, the academic paper released last week by the journal Nature Climate Change concludes that "a great deal of work" remains to be done "before we can be confident in our estimates of the extratropical cloud feedback."

In a press release by the Cooperative Institute for Research in Environmental Sciences (CIRES) at the University of Colorado, Kay noted that the climate models "underestimate the associated negative feedback with a transition from cold clouds to warm clouds."

Graeme Stephens, director of the Center for Climate Sciences at NASA’s Jet Propulsion Laboratory, said the study offers a "pioneering example" of how improvements might be done to new climate models that are still in the planning stage.

The paper says that the confusion over the effects of the shift from more cold clouds containing ice crystals to warm clouds that contain water vapor remains "the largest uncertainty in estimates of climate sensitivity."

The annual CO2 atmospheric measurements are made by NOAA’s Mauna Loa Atmospheric Baseline Observatory in Hawaii. It is located on a barren volcano in the middle of the Pacific Ocean where there is well-mixed air that it not influenced by local pollution sources or vegetation.

NOAA uses data from there along with measurements from sampling stations around the world to provide the benchmark for governments attempting to head off the impacts of climate change.

The agency estimates that the amount of CO2 in the Earth’s atmosphere is now comparable to between 4.1 million and 4.5 million years ago, when CO2 is estimated to have been close to or above 400 parts per million.

During that time, the sea level is estimated to have been about 78 feet higher than today. And the average temperature was 7 degrees higher than in more recent, but preindustrial times.

"The solution is before our eyes," said Tans of NOAA’s Global Monitoring Lab. "Solar energy and wind are already cheaper than fossil fuels, and they work at the scales that are required. If we take real action soon, we might still be able to avoid catastrophic climate change."