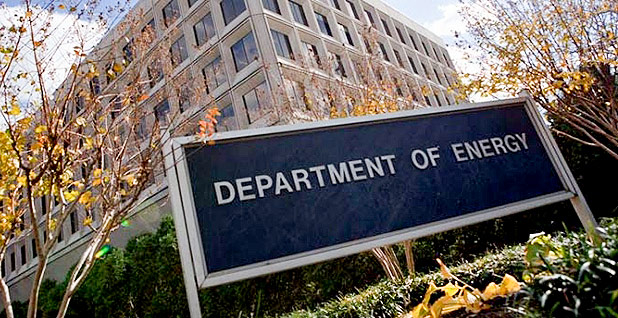 Proposed budget cuts at the Energy Department could face resistance. Photo courtesy of the Department of Energy.

Former federal officials are warning the Trump administration against attempting to change federal laws that put the Department of Energy in charge of overseeing the nation’s nuclear weapons.

Office of Management and Budget Director Mick Mulvaney this week pondered the move on a call with reporters, saying the administration would possibly rethink whether the semiautonomous National Nuclear Security Administration should be moved from DOE to the Department of Defense.

Quickly casting the idea as simply conceptual, Mulvaney acknowledged such a step would require an act of Congress and take political finessing.

"We’re not trying to ram it down their throats," he said on a call with reporters. "We try and sell it to them just like we’re trying to sell it to everybody else."

But former officials from both Republican and Democratic administrations say extracting NNSA would have far-reaching ramifications for DOE’s mission and $32.5 billion budget — a third of which is dedicated to nuclear weapons — and make for a messy and possibly hazardous process that could further degrade oversight of the stockpile.

Moniz said, "Should the nuclear security mission at NNSA remain in DOE? My answer to that is, unequivocally, yes."

He cited the findings of the Augustine- and Mies-led Congressional Advisory Panel on the Governance of the Nuclear Security Enterprise. It concluded that concerns about NNSA are about not where the agency is housed but how it’s run.

"There was no secret that the committee was put together with an expectation in the Congress that they would come back with a recommendation to have the NNSA spun out of DOE," Moniz said. "Well, look what happened."

Moniz said, "The committee looked at it honestly, carefully, and they came back with exactly the opposite recommendation, that NNSA should be more fully integrated into DOE."

NNSA is intimately entwined with the work of DOE’s national labs. Its removal would trigger an unprecedented cultural shift within the federal government, said Jeff Navin, co-founder of consulting firm Boundary Stone Partners and a deputy chief of staff at DOE during the Obama years.

"It would be pretty devastating to the department; it would be a huge shift in the history of the way we deal with nuclear weapons," Navin said, adding that there has been "a big premium on civilian control of those weapons for good reason."

The fiscal 2000 defense authorization act established NNSA as a semiautonomous agency within DOE. Lawmakers created the agency around the belief that civilians — not the military — should have oversight of nuclear warheads.

Exactly how to break up those labs, which have overlapping missions with other DOE science and research functions, could be difficult and complicate oversight, Navin said. Doing so could also trigger backlash from lawmakers fiercely supportive of the current configuration.

William Tobey, who served under President George W. Bush as deputy administrator for defense nuclear nonproliferation at NNSA, agreed that moving NNSA out of DOE would be unwise for several reasons.

Tobey said the labs are a precious national security resource that lawmakers should not tamper with lightly. And he said NNSA’s budget was tiny compared with the Pentagon’s. Moving it to DOD could dilute its importance.

The current structure, Tobey said, affords nuclear issues an independent voice within the federal bureaucracy, with the secretary of Energy a statutory member of the National Security Council.

"The weapons labs are lynchpins in the broader science program," Tobey said. "The three weapons labs are an important part of that system, and they contribute to the basic science that’s useful throughout the department."