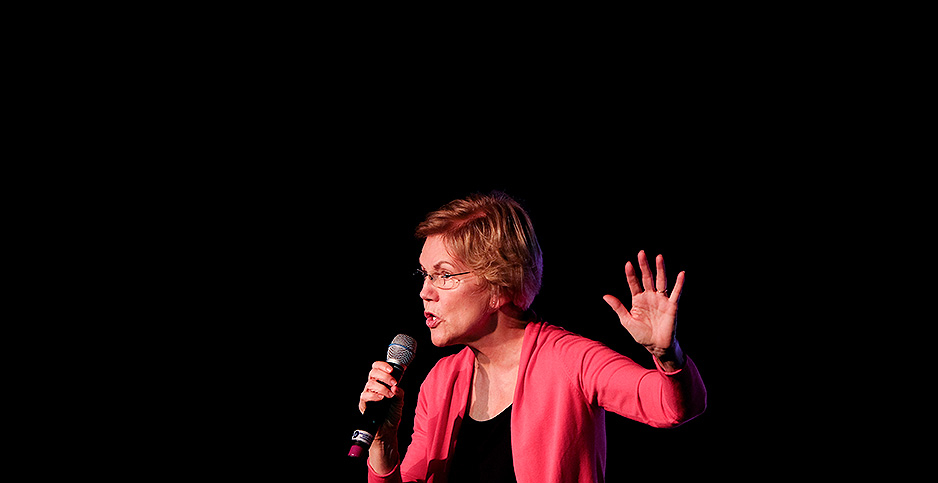 Sen. Elizabeth Warren notched a little-noticed victory on her way to a third-place finish in Iowa.

The Massachusetts Democrat won the highest share of Iowa voters who named climate change as their most important issue, according to an Associated Press exit poll of the caucuses. She got 26% of climate voters, edging out Vermont Sen. Bernie Sanders (25%) and significantly outpacing former South Bend, Ind., Mayor Pete Buttigieg (18%).

Warren’s campaign has laid the groundwork for such a climate-fueled surge for months. But this week could be her last chance to capitalize on it. Warren needs a strong finish tomorrow in neighboring New Hampshire to raise money for her staff-heavy campaign and to recapture momentum from Sanders and Buttigeig.

Warren’s challenge tomorrow is twofold: Peel away ideological voters from Sanders while keeping hold of well-educated, affluent voters who have been moving toward Buttigieg.

It’s a balancing act that has forced Warren to recalibrate her pitch. She spent much of last year rolling out progressive plans, including a dozen that addressed climate policies.

Now, with support ebbing, she’s emphasizing her potential to unite the moderate and progressive wings of the party as a consensus choice.

That approach was on display at Friday’s debate, when Warren was the first candidate to mention climate change — wrapping it into an anti-corruption message that, she believes, appeals across ideological lines.

Both Republicans and Democrats see the government working better for moneyed interests than for the public, she said.

"[It] works great for oil companies that want to drill everywhere, just not for the rest of us who see climate change bearing down upon us," she said.

"We need to call it out for what it is: corruption. And that’s what we can run on. We bring our party together … and we can bring in independents and Republicans on that. They hate the corruption, as well," she said.

New Hampshire is a good state to test that argument.

Independents will be able to vote in tomorrow’s Democratic primary. They helped power Sanders’ landslide New Hampshire victory over Hillary Clinton in 2016. And polls suggest they’re paying attention to climate.

Climate ranked as the top issue for Democratic and independent New Hampshire voters in a Suffolk University/Boston Globe poll taken last month, with 20% of voters saying it was most important, compared to health care (19%) and the economy (12%).

Warren has made several moves to capitalize on that interest.

She seized on the exit of Washington Gov. Jay Inslee, the self-declared climate candidate, by adopting reams of his policies. She also snatched up Maggie Thomas, one of Inslee’s top climate advisers.

Warren lost the endorsement of the Sunrise Movement to Sanders, ceding to him the group’s network of young volunteers as well as its activist credibility. But it wasn’t a total defeat. The organization gave high marks to Warren’s Green New Deal plan, and its membership awarded her the second-greatest number of endorsement votes.

She has also kept hold of some key Democratic climate surrogates. Though Sanders has the support of Rep. Alexandria Ocasio-Cortez (D-N.Y.) — the lead House member on the Green New Deal — the Warren campaign has deployed to New Hampshire the resolution’s other congressional champion, Massachusetts Sen. Ed Markey, as well as Massachusetts Rep. Ayanna Pressley, a young and high-profile progressive.

"The moment that I realized Warren was the one," Johnson said, was when Warren asked if 1 meter of setback from current sea levels would be enough. Johnson replied that no, sea level could rise more. And so they agreed Warren’s plan would require 1.5 meters of setback.

"To have someone who’s paying that close attention to detail and making sure that we’re ambitious enough is the kind of leadership we need on climate," Johnson said.